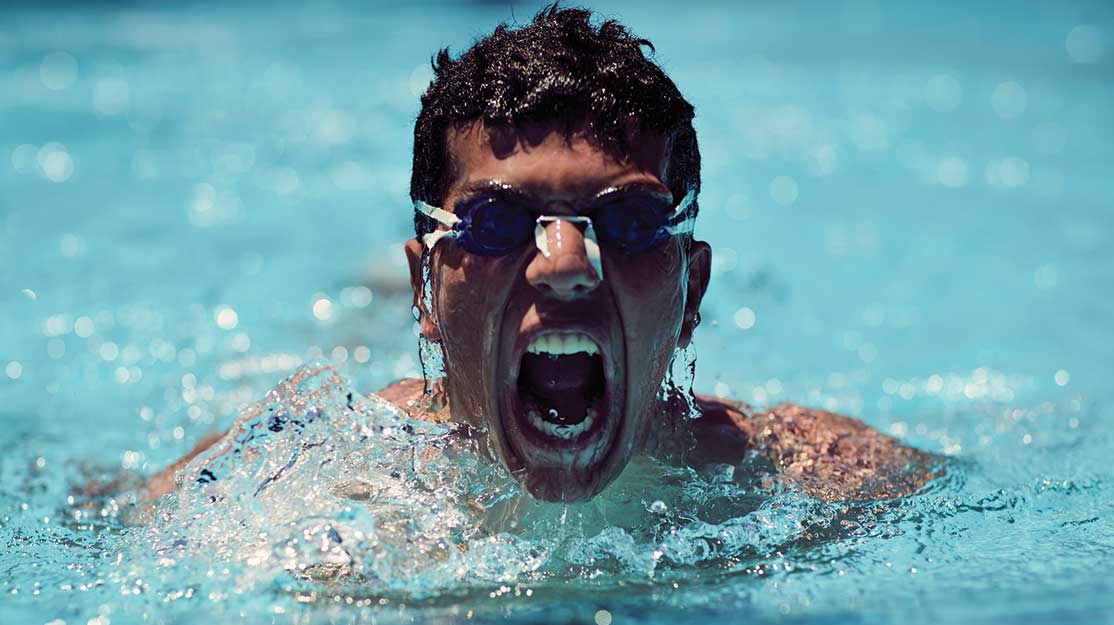 Going against the current

Australian filmmaker Robert Connolly is bringing his brand of edgy and original content to the small screen with dramas including Barracuda and new series The Warriors.

Earlier this year, prolific Australian producer, director, writer and distributor Robert Connolly directed Barracuda, the saga of a gay 17-year-old Greek/Australian who dreams of winning swimming medals at the Olympics.

Now he is producing The Warriors, an eight-part comedy-drama about another 17-year-old – this time an indigenous lad who is drafted to play for an Australian rules football team in Melbourne. The show, to air in 2017, is being made in collaboration with a 100% indigenous team of writers and directors.

Both projects were commissioned by Aussie public broadcaster ABC, typifying the growing willingness of free-to-air broadcasters to embrace edgy, original and adventurous content.

The Warriors is the first TV venture from Connolly’s feature-film prodco Arenamedia. Likening the show’s tone to HBO’s Entourage, he says: “It’s a mischievous, cheeky comedy-drama that deals with a bunch of young Australian rules football players living in a shared house in the lead-up to the first game of the season.”

Newcomer Gordan Churchill plays Maki, the number-one draft pick who relocates from a remote indigenous community to Melbourne to play the game he loves. The series also introduces Nelson Baker and Ben Knight as mischievous teammates Zane and Scottie, while Reece Milne (Home & Away) plays Doc, the experienced captain tasked with showing the players the ropes.

Tasia Zalar (Wentworth, The Straits) portrays Zane’s sister Ava, who joins the boys to try out for the women’s league; Lisa McCune is the team’s communications manager who fighs a losing battle to keep the boys out of trouble; Vince Colosimo is the coach responsible for getting the lowly team back in contention for the finals; and John Howard plays the club president.

Entertainment One has the Australian and international rights to the series, while funding agencies Screen Australia and Film Victoria are among the investors. “You would think a show about Australian rules football might not have international legs but, with such diverse content screening across cable and online platforms, people are really enjoying finding edgy stuff that is on the fringes, which is exciting,” says Connolly. “They are looking for distinctive programming that can stand out among all the content on these platforms.”

Connolly and writer Tony Briggs (The Sapphires) came up with the concept, which draws on Briggs’ background as a professional sprinter.

ABC director of TV Richard Finlayson credits Sally Riley, the pubcaster’s head of scripted production and former head of indigenous, with backing shows such as The Warriors and Cleverman. The latter was acquired by SundanceTV in the US, which has commissioned a second season of the drama, produced by Australia’s Goalpost Pictures and New Zealand’s Pukeko Pictures. The show melds Aboriginal mythology and a dystopian near-future.

“It would have been difficult to imagine you could mount a production with 100% indigenous talent over the last decade,” Finlayson says. “Programmes like Cleverman and now The Warriors show how far Sally, with the help of many others, has been able to bring the industry. It’s great being able to find those kinds of tropes that contemporary audiences can really relate to. I like the idea of Rob bringing to life the whole canvas of Aussies rules football and the role indigenous players have in that environment.”

Barracuda, meanwhile, was produced by NBCUniversal’s Matchbox Pictures. It is based on a Christos Tsiolkas novel set in Melbourne in 1996 and follows Danny Kelly (played by newcomer Elias Anton) as he begins a high-school scholarship to pursue his dream of becoming an elite swimmer.

The drama turned out to be prescient, with the Australian swimming team underperforming at this summer’s Rio Olympics, winning only three gold, four silver and three bronze medals.

Ten years ago, Connolly surmises, a project like Barracuda probably would have been made as a theatrical feature, but TV is now the natural outlet for such fare. “Middle-ground, well-made drama does not have a home in cinemas anymore,” he says. “If you want to make a feature film now, it either has to be to massive, ambitious and high budget to compete in that world, or smaller, bolder and distinctive cinema.”

Produced by Tony Ayres and Amanda Higgs, Barracuda deals with myriad themes including class, sexuality and the pressure to perform in an elite sport. NBCUniversal International is now launching international sales of the miniseries at Mipcom.

Matchbox Pictures CEO Chris Oliver-Taylor says: “Barracuda has already had significant interest internationally. The story is something many countries can relate to and, with the quality of the writing, acting and of course the direction, we believe Barracuda stands up to any international drama in the market. We expect the series to sell strongly, much like The Slap and our other miniseries Devil’s Playground and Glitch.”

Finlayson continues: “Barracuda is another example of a complicated story about class and race and the sacrifices you make when you dedicate your life to any single cause, through the lens of Olympic swimming. I like the idea of those issues being addressed in a really contemporary and accessible environment. That, to me, is public broadcasting at its best.”

Barracuda was Connolly’s second collaboration with Tsiolkas and his third with Matchbox. He directed The Slap, an adaptation of the author’s novel about the ramifications of a man slapping a child at a party, for the ABC; and Underground: The Julian Assange Story, a telemovie about the WikiLeaks founder starring Alex Williams, Rachel Griffiths and Anthony LaPaglia, for Network Ten.

Tsiolkas was involved in Barracuda’s script development but trusted screenwriters Blake Ayshford and Belinda Chayko to adapt his novel. “Christos came in early, when we were just working out our initial take on the material,” Ayshford says. “That was very nerve-wracking, but he looked at the board on which we had broken the story into episodes and said, ‘You’ve made me very happy.’ Then he told us to ‘smash it apart,’ so I felt it was OK to take some liberties.”

It was the first time working with Chayko for Ayshford, whose credits include Devil’s Playground, the movie Cut Snake, episodes of kids’ shows Nowhere Boys and Tomorrow, When the War Began and dramas The Code, The Straits and Crownies.

Both took part in a three-month script workshop in Melbourne before shooting started. “Belinda is a very talented and bold writer and we just sort of clicked in how we saw the show and what we thought we’d do,” Ayshford says. “I was always going to write the pilot, so she wrote the ending. We read each other’s work and gave feedback so we were on the same page.

“Tony Ayres and Amanda Higgs kept us all on the same track. That said, we were each given licence to imagine the scripts as we saw fit, while needing to hit certain shared plot beats.”

The writer says Connolly brought enthusiasm, curiosity and highly original visual ideas to the project, plus a real respect for the writing. “Rob also has a real respect for the audience. He told me he wanted to make a show that people actually wanted to watch,” he says. “Not one they felt they had to watch in a dutiful way but that was genuinely popular. I really respected his desire for a wide audience for what is potentially a bruising and confronting subject, and that sets him apart from many other directors in my experience.”

Ayers first worked with Connolly on The Slap, then the Assange telepic. “Rob is really great with inventing stylish ways to tell stories,” he says. “He has a genius for bringing out the best in people. He is very clear about what he thinks. As a director he is a real captain and he has a muscular visual style that works very well for a show like Barracuda. He has great energy and passion and as a distributor he has a genius for marketing.”

After graduating from the producing course at the Australian Film, Television and Radio School in Sydney, Connolly initially pursued a career in live theatre. He produced his first feature – The Boys, a tough drama directed by Rowan Woods – in 1998. Based on a Stephen Sewell stage play, the film starred David Wenham, Toni Collette and Lynette Curran. His first time directing a feature came with 2001’s The Bank, a thriller about corruption in the finance world. This again starred Wenham, along with Anthony LaPaglia and Sibylla Budd.

A political activist, Connolly also directed 2009’s Balibo, which chronicled the investigation of the murder of five Australian journalists and cameramen in East Timor in 1975. This year his distribution company CinemaPlus staged event cinema screenings of Australian director Eva Orner’s documentary Chasing Asylum. The film is a shocking exposé of the mistreatment of asylum seekers in the Australian government’s detention camps on Papua New Guinea’s Manus Island and the Republic of Nauru.

Connolly cites Australia’s Peter Weir and Poland’s Krzysztof Kieślowski (primarily for Dekalog, the epic miniseries based on the Ten Commandments) as his two major influences.

But Connolly does not strive to be flamboyant, describing his approach as a “forensic examination of aspects of the human condition and how society functions.” While directing the Julian Assange telepic, he learned a lot from Network 10 head of drama Rick Maier on taking a pragmatic approach to capturing a TV audience and dealing with commercial breaks. And unlike some directors who meticulously plan or storyboard each shot, Connolly likes the element of surprise.

“When I call ‘action’ I hope I have created an environment on the set where I don’t know exactly what’s about to happen. If I am not surprised by what’s happening in front of me, how can I expect the audience to be?”

Ayshford says of Connolly: “I have always liked how Rob makes dramas about the world we actually live in, not ones that ignore the political and social realities of our society. In that way he feels more like a British filmmaker to me, and I love that about his work.

“He wants to make engaging films about real people in real situations. There’s a few I really love: from the danger of The Boys and the outrage of Balibo to the nerd thrills of Underground.”

Seeing an untapped market for Australian children’s films, Connolly directed Paper Planes, which starred Sam Worthington, Ed Oxenbould and Deborah Mailman and was one of the highest grossers of 2015. His next feature will be Blueback, a family film that he’s adapting from Australian author Tim Winton’s eponymous 1997 novella, a fable about a young girl’s passion for saving the Great Barrier Reef and the oceans, and her friendship with a groper fish.