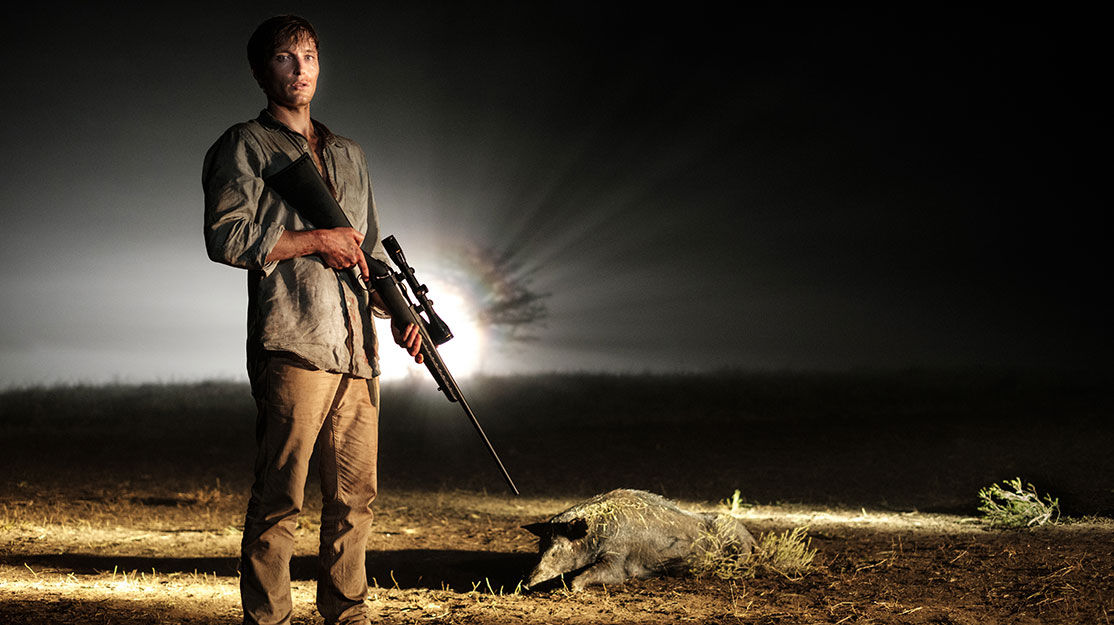 More than 300 miles from Adelaide, the nearest major city, Broken Hill is an isolated mining town located deep in the Australian outback. Nevertheless, the town and its desolate surroundings have become popular locations for film and television crews looking to capture its beautiful but harsh and treacherous desert landscapes.

Scenes from the Mad Max films, Mission: Impossible 2 and The Adventures of Priscilla, Queen of the Desert have all been shot there, as have TV series such as The Code and telemovie Murder in the Outback.

However, Broken Hill is arguably best known as the setting for Wake in Fright, Kenneth Cook’s 1961 novel and subsequent 1971 film adaptation, both considered classics in their own right. Now, more than 50 years after it was first published, the book has been updated for Network Ten as a four-hour miniseries, which will debut in two parts starting this Sunday.

Wake in Fright tells the story of John Grant, who is returning to Sydney after a year teaching at a one-classroom school in the outback. Shortly after hitting the road, he collides with a kangaroo and finds himself marooned in a small mining town, awaiting repairs on his car.

With little to do but drink beer, John is seduced into a raucous illegal coin game. After a short, exhilarating winning streak, he loses everything, triggering a dangerous series of events that render John a broken and desperate man.

The miniseries marks the first television drama from Lingo Pictures, set up by Helen Bowden and Jason Stephens. Bowden and Kristian Moliere (The Babadook) produce the show, which is written by Stephen M Irwin (Harrow, Tidelands). The director is Kriv Stenders (Kill Me Three Times).

The project was first mooted five years ago when Stenders and Moliere spoke about adapting Cook’s novel for television. “I just thought it was the most extraordinary book I’d read about Australia and thought immediately it would be great to do something as big as the landscape, on a broader canvas than a film,” Moliere recalls. “So I always pictured it as a series, and I spoke to Kriv about it. He’d seen the film and recalled it as truly extraordinary. He jumped on the idea.”

Bowden, best known for The Slap and Devil’s Playground, then joined the production, though the matter of identifying who owned the rights to the novel proved a stumbling block that took two years to overcome. The effort was worth it, however, as Stenders says they were clear in their intention not to reproduce the film but to make something that could live alongside it.

“Our whole strategy was to go back to the source novel and start from scratch,” Stenders says. “That was really the plan. Once we realised we could get the rights, we were off and running.”

Bowden picks up: “It was a somewhat scary proposition but a bold one. I just thought we had to do it. The book itself is an absolute page-turner. It’s like a very good film script to begin with. To turn it into four hours, we needed to open out parts of the book but it was very exciting.”

Rather than setting the story in the period in which it was first conceived, this reimagining of Wake in Fright takes place in contemporary Australia as the production team sought to use Cook’s novel as a way of looking at traditional mining towns such as Broken Hill in the 21st century.

“Broken Hill is still very isolated,” Bowden explains. “There are large parts of Australia that don’t have mobile coverage and it’s this mythical place. We had to find more creative ways to make sure there was no way John Grant could leave. But also, closer analysis showed us that a lot of the reasons he can’t leave are down to his own poor decisions, which are all very understandable but not good – they lead him further down the rabbit hole and not out of it.

Moliere adds: “On a surface level, it’s a fantastic yarn and that’s why it’s stood the test of time. Ultimately, it talks about something to do with the Australian psyche, the culture of ‘mateship’ and the toxic elements of the drinking culture we have here. And some of those things have not changed. We like to think we’ve changed and become more sophisticated, but those Australian characters are still as relevant as they were in the 60s. It still feels remarkably fresh and has something to say about Australia.”

Stenders agrees that themes explored in the novel remain relevant, believing that issues such as binge-drinking, mental health and economic hardships are as applicable today as they were in 1961.

“These mining towns that experience these incredible booms and busts are very traumatic, very tragic places,” he says. “In a way, the mirror we put up against the book reflected very brightly back at us because the issues in the book in 1961 and the film in 1971 are still very much there and very present, especially mental health, suicide… all these things the film and the book looked at are still very vivid and present issues.”

The director hadn’t read the book before picking up the project but admits he is “in awe” of the film, which he first saw on an old VHS tape. For the miniseries, he tapped into the huge number of films previously shot in the outback. “We really wanted to capture the clawing heat and the existential isolation of those kinds of towns,” he explains. “Broken Hill itself, where we shot, is a very evocative place. It’s very visual, very cinematic and the landscape around it is quite extraordinary. As a visualist, that landscape is a gift. There are amazing colours already there for you to draw from, so it was very much about tapping into the reservoir of colour, texture and visual history of the outback and plugging into that.”

Also making an appearance in the miniseries is one Broken Hill resident who also featured in the film. “She was saying when the film was screened for Broken Hill residents back in the 70s, it was greeted with horror and a lot of people that gave facilities and locations were almost turned upon by the community,” Moliere reveals. “Now Wake in Fright is very much part of their tourist culture, so they’ve very much embraced it and what it has meant to the region. We had nothing but help from the local community. They bent over backwards to accommodate us across the board. Mining towns have really matured in the last 50 years and they’re much more sophisticated places than they were back then.”

The producers, Stenders and writer Irwin hammered out the storyline over 10 days spent together in a writers room, giving Irwin the fuel he needed to then pen the scripts. Filming then took place in Broken Hill and Sydney across five weeks in March and April this year.

Stenders admits the shooting schedule proved to be the biggest challenge for the production, as they sought to get as much out of the limited time they had available in each location. However, having worked across film and television, he now sees no difference working in the two mediums.

“Television has been in the golden age now for 10 years so [film and TV] are completely blurred,” he says. “I don’t differentiate between one and the other. In fact, television is spearheading creative storytelling in a way cinema can’t just because the apparatus of film financing and getting things made. I still love films but, in an ironic way, telling a story over a long period of time is more cinematic.”

Bowden admits it’s an “exciting time, both in the number of things people want to make and in the ambition. Given everything’s so global, we’re all watching everything and thinking, ‘That’s how good we have to be.’”

“You’ve seen the reaction to Top of the Lake in Cannes and other [Australian] series that have been screened in Berlin and at other festivals,” Moliere adds, noting that the biggest hit at this year’s Cannes Film Festival was a television series. “Romper Stomper has been picked up by SundanceTV and they’ve also been involved with Cleverman. Netflix has announced another new series [called Tidelands, also written by Irwin] so it’s a global television market and we’ve made some series that have really popped. There’s still more to come with Picnic at Hanging Rock and others. It’s a good time to be telling stories in Australian television because they’re being embraced internationally.”