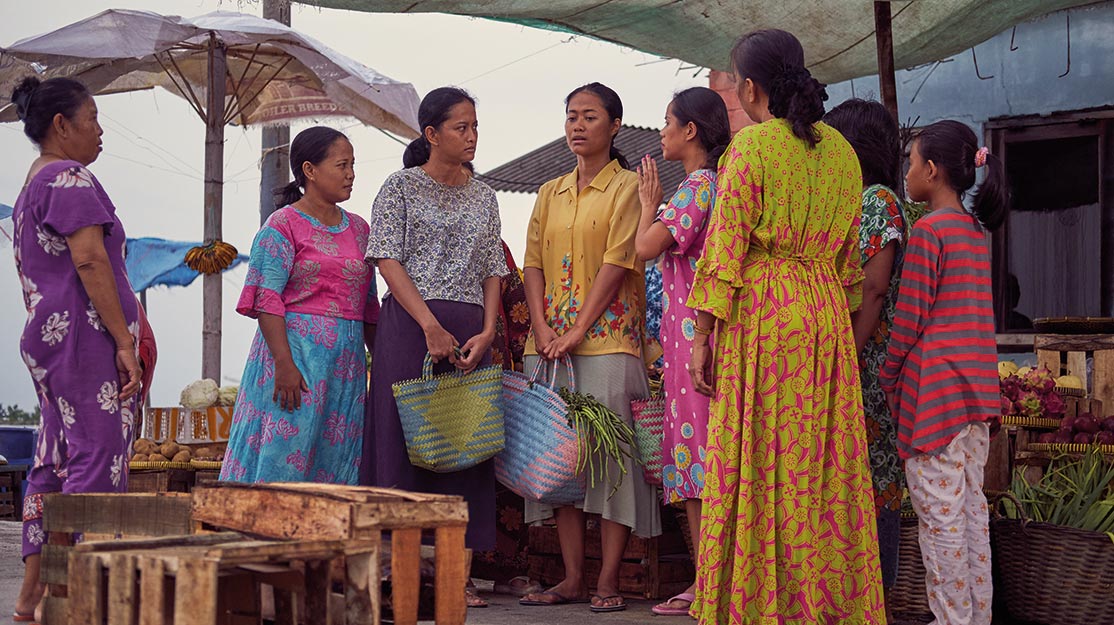 The director and showrunner behind HBO Asia horror anthology Folklore talks to DQ about his latest series, Food Lore, which features eight stories from eight directors in eight different countries, all inspired by Asian cuisine.

Tell us about Food Lore.
Food Lore is HBO Asia’s newest anthology drama series, with eight stories centred around food. Over the course of each episode, we see how the characters’ lives are transformed by food.

Why food?
The taste of food evokes many cherished memories. In Asia, we love our food, especially with its cultural diversity and the richness of our street/soul food. I love food shows but they’re mostly documentaries and I wanted to do narrative stories about food.

How does the subject of food influence each episode?
Food is not just seen as a source of sustenance; it causes our characters to make crucial decisions at certain points of their lives and helps them grow emotionally. I hope when audiences watch the series, it will stir more than their hunger.

Are there other themes or topics that link them together?
Though the episodes are all very different in terms of tone and form, what they share are the different facets of human bonding.

Eight stories, eight directors, eight countries – the Philippines, Vietnam, Malaysia, Singapore, Thailand, India, Japan and Malaysia. How do you manage it?
I gave freedom to the directors – talented, greedy auteurs – to be as creative as possible. The only brief I gave to them was to have food as the central character. Thus, some stories are funny while others are emotional and moving — the stories are as diverse and rich as the food.
From day one, you can tell it was a labour of love for the directors, so that helped motivate a lot of the creative process. It also helped that there was a good synergy when the directors were working with the HBO Asia team. When production commenced for each episode, our producers headed to the different countries to team up with the local production houses, so we kept our ears pretty close to the ground.

What were the biggest challenges making the series?
We had very good support from the production partners we worked with in each country. However, in terms of paperwork, it also meant we had to look into eight different sets of legal and accounting documents. So we had to come with an ecosystem of forms and agreements that could be understood and applied in all eight countries.

You previously followed a similar format with Folklore, working in the horror genre. What lessons did you learn from that and how did you apply them to Food Lore?
Folklore taught us that communication and patience are very important as we are working with partners from many different backgrounds. We have reminded our producers to be in constant conversation with each country and work together with them to solve any problems that might arise.

What are the creative benefits and disadvantages of using an anthology format?
One of my favourite TV shows is The Twilight Zone and I love the nature of a self-contained, compact story. The individual episodes will essentially remain as short films without the potential of morphing into a series.

You direct episode six, Tamarind, set in Singapore. How would you describe your directing style?
I work on the fly and I love to think on the spot and be as spontaneous as possible, but I also love rehearsing with my cast and seeing them get into character. I’m extremely impatient and will seldom do more than two takes.

Who are your greatest influences?
My mother, as she was a cinephile who brought me to the pictures when I was a small boy. She got me hooked, and Bruce Lee became my idol. Music inspires me as well; I love Brian Wilson, Burt Bacharach and Paul Williams.

What are your favourite television series?
The original Twilight Zone, Breaking Bad and, more recently, Chernobyl.

Do you approach TV differently from your film projects?
Definitely. I’m currently developing a miniseries and it’s a very different style of writing where a long form narrative needs to be considered. For a film, you only really need to think of 90 minutes of a three-act script. But for a TV series, it’ll run into hours and hours – you’ll need the right hooks to keep those eyes glued to the screen.

Japanese, Chinese and Korean drama is well known. What other Asian drama should we be watching?
The Philippines and Indonesia are markets to watch out for. They not only have established filmmakers who are coming out with content but also many budding young creatives bubbling with exciting ideas.