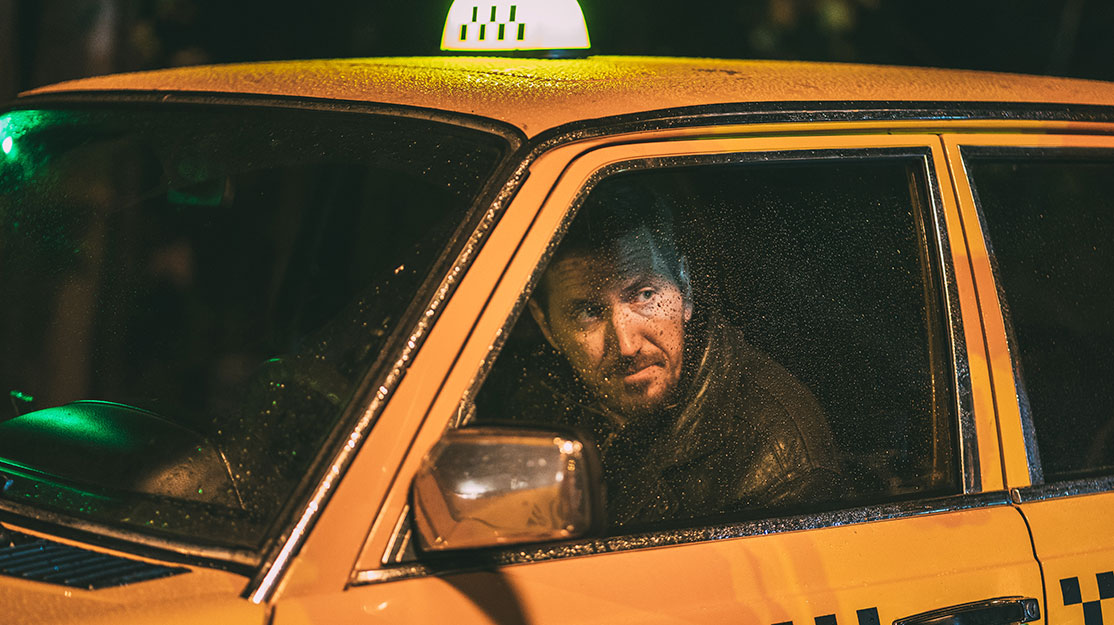 Kirill Käro, the star of Russian mystery drama Passengers, reveals the secrets of this shortform series, in which numerous characters find themselves stuck between the living and the dead.

In Greek and Roman mythology, Charon is the name of the ferryman who carries souls between the worlds of the living and the dead. In Russian drama Passengers, his name is Andrey – and he’s a taxi driver.

The eight-part shortform series, which launched on local streamer Start last month, sees Andrey welcome a host of different people into his cab who all have something in common: they are all dead, but cannot pass to the other side until they resolve or atone for something that has happened in their lives. Conversations with Andrey provide an insight into who they were and why they are stuck in limbo, until they reach a revelation or confession that allows them to leave the taxi and pass on.

Andrey himself has his own secrets, as the unusual metre on his dashboard reads 279, and counts down with every passenger he transports. Only when it reaches zero will he find his redemption.

“Passengers is a story about a special kind of taxi driver,” explains Kirill Käro, who stars as Andrey. “His passengers are people stuck between the living and the world of the dead. They are in limbo. Each passenger has a story in their past and they cannot move on to the next world until they address it. Andrey keeps driving until his passenger opens up and confronts the issue. Once the passenger has made a confession, only then does the final destination appear. Their soul can finally move on and find peace.”

Andrey, Käro says, is an enigma, a moody and untalkative man who finds himself in the back of his own cab in episode eight as he confronts the consequences of his actions during this life. “He has his own secrets and carries a burden of his own, but we don’t know what it is,” the actor says. “He is a complex guy but, as the series goes on, he reveals a bit more of his story. He listens to his passengers and tries to help them figure out what they need to do. Some of his passengers know exactly what they have done but some really need help. Andrey guides them and helps them do what they need to do.”

The ‘passenger of the week’ structure sees each episode feature a new character, while Andrey’s story serves as the thread through the series. Among those to feature are a teenager involved in a school hostage situation, a married couple, a mother who has lost contact with her son, a blogger, a drug addict and two sworn enemies who both die together in a fight.

“Our characters do not communicate with the driver but with themselves,” producer Irina Sosnovaya says. “All the troubles in their lives happened because they did not talk about something at that time, so they will have to figure out their past and pull out something significant they have forgotten or that felt insignificant at that time.

“We faced a difficult task to make the audience love, hate or even forgive these characters in 15 minutes – the length of each episode. It’s a story of different fates, and the characters’ mistakes serve as a catalyst for their problems and unfinished business. These characters are very typical and recognisable, which we did on purpose so viewers can see themselves and relate to these characters and not repeat these mistakes. We tried to create typical characters in unusual circumstances.”

Though Passengers was filmed last year amid the ongoing Covid-19 pandemic, its origins date back around seven years, when a producer at YBW pondered why some people are so open with taxi drivers, and why taxi drivers themselves are also known to be talkative.

“Then we started thinking, if there was an unusual driver, how unusual would he be and who would be his passengers?” says Daria Bondarenko, YBW’s exec VP of international business development. “That’s how we ended up with the story, where we have a regular taxi cab as a confession booth and his passengers as dead souls who somehow are in between two worlds.

“It’s an experiment for us, but it’s content you can binge-watch on a laptop or on your mobile phone, and it’s handy during the pandemic, so it’s our response to the circumstances as well. During filming, we were just trying to stay safe. We were taking every precaution and we really took care of the entire team, the crew and the talent.”

A household name in Russia, Käro is recognisable to international audiences for roles in Netflix series including Better Than Us and To the Lake.

Playing Andrey is a “fantastic role,” he says. “He’s a secretive, complex character but the question is, why is he in limbo? I feel so lucky. I love driving, I love cars and I get to drive a truly beautiful old Mercedes on set.”

Bondarenko says there is a “festival of Russian drama right now,” with scripted content from the country being picked up by global streaming platforms and winning awards at international television festivals.

“It’s good to see the Russian market progressing but the key thing is we never compromise on the quality,” she continues. “This is a story about redemption, closure and second chances, and I believe every single human being can face this scenario where we question ourselves. How would you behave if you had a second chance? Would we act and try to resolve some of our burdens and secrets, or would we walk on by? That’s why it could really resonate with audiences across the world.”

Käro also believes Passengers will appeal to domestic and international viewers. “Everyone avoids stuff that makes us feel bad or guilty. Sometimes we need to face our fears and address our problems to move on or else we are in limbo too,” he says.

“Passengers is not just about people’s darkest secrets; it’s about taking responsibility and finding resolution and closure.”