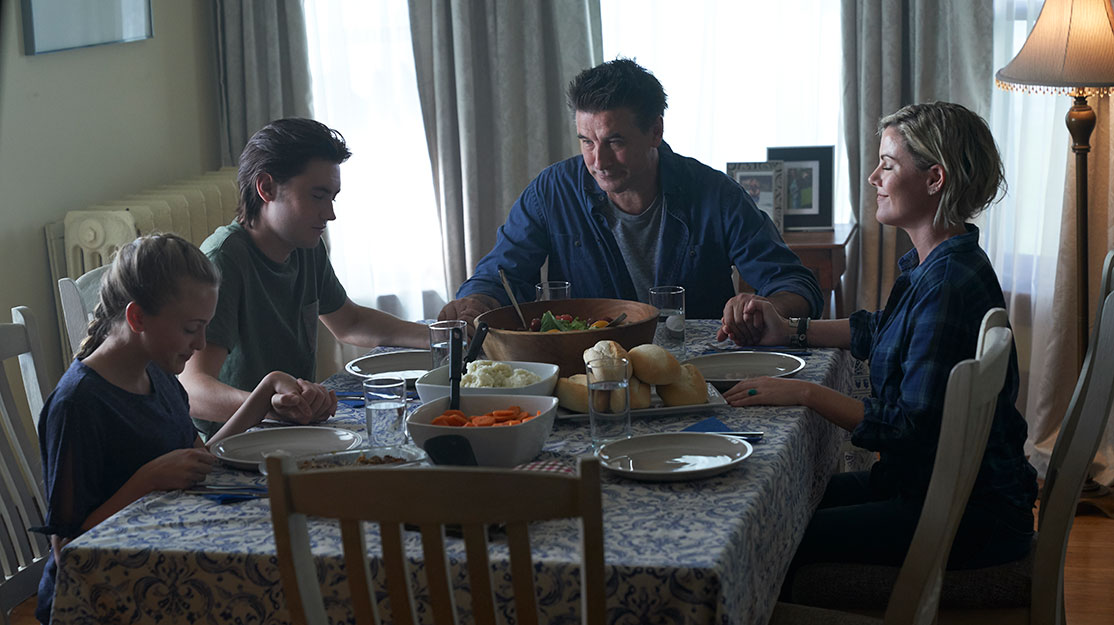 Amid the ongoing boom in scripted, fuelled by demand for increasingly niche shows, one genre feeling the love is family drama, on the back of titles such as This is Us and a planned reboot of celebrated 1990s series Northern Exposure.

One series looking to provide storylines and plot twists with family and adventure at its heart is 10-part Northern Rescue, which has been co-commissioned by Canada’s CBC and Netflix for international audiences.

Produced by Don Carmody Television (DCTV), the series follows John West (played by William Baldwin) who uproots his three children from the city to return to his home town, where he takes charge of the local search and rescue service, after the death of his wife.

The series explores the effect of grief on the family, as the children’s aunt, Charlotte (Kathleen Robertson), struggles to help John and his kids heal while she also copes with the loss of her sister and her own desire for a family.

Northern Rescue was conceived by DCTV’s David Cormican (Tokyo Trial, Between), who developed it together with co-creators Mark Bacci (Between) and Dwayne Hill (Peg + Cat). They subsequently wrote the 10-part drama, with Cormican showrunning.

“It was an exhausting experience but super rewarding, with huge learning curves,” Cormican says, “which is great and ultimately very rewarding to go from the genesis of the idea to the execution and the premiere of it.”

Between them, Bacci, Cormican and Hill adopted a “best idea wins” rule to fuel the writing process in a bid to create the most thrilling show possible for audiences, and families in particular. “It’s a nice family show – you don’t see too many of them,” says Cormican. The showrunner also executive produces alongside Bradley Walsh, who directs four episodes, Bacci, Hill and lead actor Baldwin. “I’ve got a daughter, she’s 11 now and for years I’ve been making programming that’s fairly dark and edgy, not necessarily family fare, always genre-skewing. Every time I have a show that comes out, my parents get the popcorn and sometimes it’s a little too gory for a family sit-down.

“So I wanted something I could feel proud to have my entire family and all our friends watch. It’s wholesome, hopeful programming that’s crunchy in terms of the emotions and grief we’re working through, but it’s comfort food for television viewers these days.

“We’re hunkering down with these kids, their dad and their aunt and redefining what family means, not just to us but to the characters as well. That was the idea – what is this definition of family? Because it’s very much different from the 50s and 60s, and even the 80s when I was growing up as a kid. Family is now very much who you choose as much as who’s just there.”

Though it was just a working title at the outset, the name Northern Rescue applies not only to the West family’s decision to move north and John’s job, but also to the emotional trauma the family is facing following the death of their matriarch. Every week, the series brings in guest stars as characters who need to be physically rescued, but each episode also looks at how the family is coping with their grief in an unfamiliar location.

To heighten those moments, the show also utilises flashbacks to a time when Sarah (played by Nolden) is still alive. “I hate flashbacks and voiceover as devices but we’ve used both of them in this,” Cormican admits. “It just kind of worked and leant itself naturally to it, and we do it in such a way that it motivates the story.

“We’re really seeing this story through the eyes of Maddie, the oldest daughter of the West family; we’re seeing the story through her journal and the therapy she’s having. The flashbacks happen naturally. We didn’t expect them to carry throughout as much as they have but we just leaned into it because Michelle was phenomenal and was crushing those scenes. They also opened up a new perspective to the emotional gravity our characters are experiencing.”

Bacci, Cormican and Hill wrote the series together, passing drafts between them. They also worked with several female writers to provide additional perspective, with America Olivo joining the production full-time.

“When we were breaking the season, we came up with ideas that were for season five, or season two. So now we have a big document full of ideas,” Cormican reveals. “We had an idea that the second season would be about X, season three would be about Y. Then there’s the milestones of falling in love, getting married, having a baby and a death somewhere along the way. Then there’s a divorce. We’re ticking some of those boxes.

“One of the interesting parts of Charlotte’s character is she was trying to have a child with her ex and they lost the baby. There’s a huge amount of grief in losing a child and wanting your own family, so this is an opportunity for her to become a pseudo-mother to these three children. Then we complicate it when the ex comes back to town.”

Location scouting took place in North Bay and Sudbury, two towns in northern Ontario, before scenic Parry Sound was chosen as the backdrop for the drama. “We kept looking to move scenes outside because it was so pretty,” Cormican jokes.

“The therapy sessions are a great example – we had them meeting inside in the first episodes and then we thought they should do walk-and-talks and go on hikes. One thing we didn’t know was that there’s a train going by every nine minutes – there are so many tracks in that town. So we were always like, ‘Hold for the train.’ Sometimes you work with it, but ultimately the sound team is going nuts with the tracks you give them.”

The distance from Toronto, three hours north, proved to be the biggest challenge to the production as it meant finding accommodation for the entire cast and crew on location, in the middle of the busy summer season. “It’s a town of 6,000 people that swells to 60,000 as well as us in the middle of summer. So everything was at a premium,” says Cormican, revealing that at one point they looked at buying an old cruise ship, docking it and turning it into a production village. Disappointingly, the duration of shipping times and the hours needed to have a vessel fitted for their needs proved prohibitive.

When it comes to the current demand for family drama, Cormican points to Party of Five, Northern Exposure, Heartland, This is Us, Parenthood and film The Grand Seduction as inspirations for Northern Rescue. And with Northern Exposure primed for a reboot at CBS, he believes “we’re onto something.”

“I feel like there’s an ache and a need in the world right now for hopeful family programming, grounded in a reality that’s not saccharine or precious,” Cormican adds.

There’s definitely some tear-shedding moments in this show, he notes, but there are also plenty of laughs. But while a similar show, Schitt’s Creek, plays to the zany side of the genre, Northern Rescue promises to be much more grounded in emotion, reality and truth.

With so many plot points already noted down, writing has already started on a potential second season. “We felt a little behind the eight ball this year when we got the green light, as we only had two scripts written,” Cormican adds of the show, which is due to debut on March 1. “We did it, we made it, but I’d like to not be working 21 hours a day next year!”