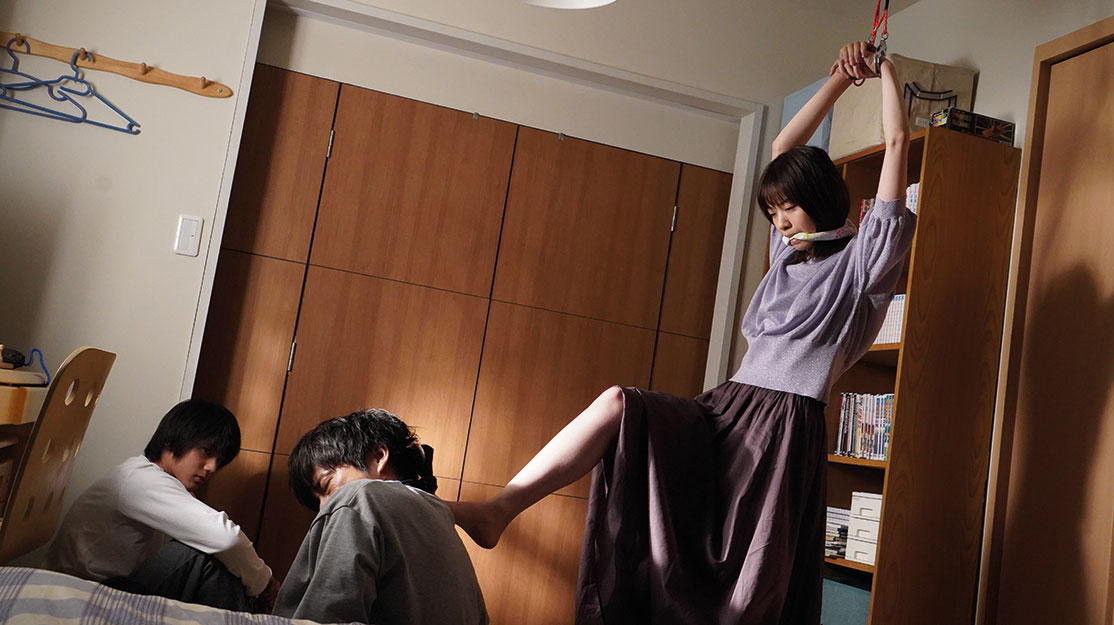 High-concept murder mystery Your Turn to Kill sees neighbours living in an apartment block take part in a deadly game. DQ speaks to producer Hiroe Suzuma about the ideas behind the Japanese drama.

Living next to nightmare neighbours can be bad for your health – just ask the characters at the centre of Japanese series Your Turn to Kill.

Produced and distributed by broadcaster Nippon TV, the 20-part mystery drama sees a newly married couple move into their first home, only to find their peace shattered by a spate of deaths in their apartment block. It emerges that 13 of their neighbours played a game in which they each wrote the name of someone they’d like to see dead on a piece of paper, before drawing lots to see whose names they would get. While it seemed like harmless fun at first, the people named soon start dying off.

Here, producer Hiroe Suzuma from Nippon TV’s production department tells DQ about creating the series and how a spin-off drama helped to fuel speculation about the storyline.

What are the origins of the series?
While working on our drama series My Lover’s Secret in the summer of 2017 with concept creator Yasushi Akimoto, we naturally talked about what our next project should be. That was when he proposed a mystery drama in which a ‘swap murder game’ is played among neighbours in an apartment building.
I began to think about how complicated the storyline would become, with the many suspicious residents involved, all of whom live in the same building. Coincidentally, Nippon TV provided an opportunity to create a drama series that would span two consecutive seasons, a format that was designed with overseas markets in mind from the get-go. I knew right then that Your Turn to Kill was perfect for this initiative and would become even more entertaining with double the airtime. That was how this 20-episode mystery drama came to be.

What’s the audience appeal for a mystery series such as this?
In real life, when a crime happens, everybody wonders who did it and why. The same is true for dramas. Mysteries spark viewers’ desire to get to the truth, perhaps because it’s human nature to feel anxious when awful crimes happen, unless we find out who did it and why. In Your Turn to Kill, the mystery thickens as one murder leads to the next. When signs begin to show that there might be a lone serial killer, you feel like you are beginning to understand what is going on. Suddenly, things seem simpler because there is now only one bad guy. That is when people are overcome by the need to know who it is.

What was the writing process behind the series?
As the concept creator, Mr Akimoto was essentially the showrunner who provided ideas. Scriptwriter Mitsunori Fukuhara and I took those ideas to build a story. We started by thinking about the types of characters that would be interesting – their secrets, worries, and towards whom they would have murderous thoughts. Then we worked on the order of the killings and what revelations there would be, all the while incorporating who should look suspicious at every twist and turn.
When the show started, we monitored viewers’ reactions and increased or decreased the purposely misleading mystery elements accordingly. Our objective was to shock people by doing something they least expected, and we had to be quite flexible to achieve that, to the point where we even killed a character that would normally stay alive through to the end.

How do you ensure viewers attach themselves to so many characters, so they are affected by the deaths during the series?
Before the characters were killed, we revealed their problems so that viewers can develop an emotional attachment to them. Troubles between a mother-in-law and a daughter-in-law; the bond between a father and a daughter who are not related by blood; people who do bizarre things; and attention-grabbing personalities were all incorporated to evoke empathy.
Moreover, we produced Behind the Door as a short drama for streaming on our SVoD service Hulu Japan. It gave a glimpse into the conflicts and bonds happening behind closed doors in each apartment and helped the viewers as well as the actors understand the characters better. The door to a particular apartment was opened in each episode of Behind the Door, and this led to people speculating that someone living in that home would be the next to die on Your Turn to Kill. In effect, it stimulated the imagination of the fans even more and gave them an extra way to play the detective.
We wanted people to feel like they couldn’t stop talking about the drama, so we created scenes that would shake them at the core instead of creating a build-up. It was all about killing the character that nobody expected would die, or discovering corpses in the most shocking ways, and we all put our heads together to come up with ideas.

What is the visual style of the series?
Our director Noriyoshi Sakuma, from Nippon TV’s drama production team, made the characters look more suspicious by asking the actors to create ambiguous expressions and gestures that could be interpreted in various ways. He then used multiple techniques such as using high-speed cameras for slow motion, filming from tilted angles and doing close-ups of eyes and lips.

What were the challenges you faced in production?
With hints of horror and numerous murders, this drama might not have had universal appeal. Nonetheless, we wanted it to reach as many people as possible, so the initial promotional campaign was a challenge. For example, the trailer of the movie It had catchy voiceovers in Japan, which inspired us to create light and upbeat promotional material, suggesting that this is a drama with unexpected twists, for just about any drama fan.
As the story unfolded, speculation from the fans increased and they became more sensitive to even the subtlest hints. It became a challenge to keep proving their predictions wrong and to continue hiding the truth.

How did you choose the apartment building setting used in the story?
We wanted an apartment building that the average Japanese family would live in, not something for the super-rich or those less wealthy. It was important that viewers saw themselves living in the building we showed and would not feel like it was unattainable or a place for outlaws they would not want to associate with. Enabling people to see themselves in the shoes of the characters makes them more likely to feel the fear and suspense of the drama in a personal way.

Is there a secret to making thrilling mystery drama?
I believe it is doing the unexpected. People are always predicting what will happen next based on what just occurred. Not being straightforward is the key to avoiding boredom and piquing their desire to see the next episode. The most unexpected twist was the death of the main character, and I believe this was the turning point that drew even more fans to Your Turn to Kill.

How are drama series evolving in Japan and what new stories and trends are emerging?
Your Turn to Kill made me realise how social media and YouTube have become such an integral part of our lives. This drama triggered fans to draw their own suspicions and discuss them with each other on social media, bringing forth a new way of enjoying a programme outside of its scheduled airtime/stream time.
Our viewers didn’t just passively accept what was shown to them. They took to their devices, shared their thoughts and showed each other how their predictions fared after the broadcast. Dramas based on existing IP and remakes of overseas titles still dominate the local landscape, but I believe original dramas with plots that are difficult to predict and truths that nobody can uncover will see a resurgence.

tagged in: Hiroe Suzuma, Nippon TV, Your Turn to Kill