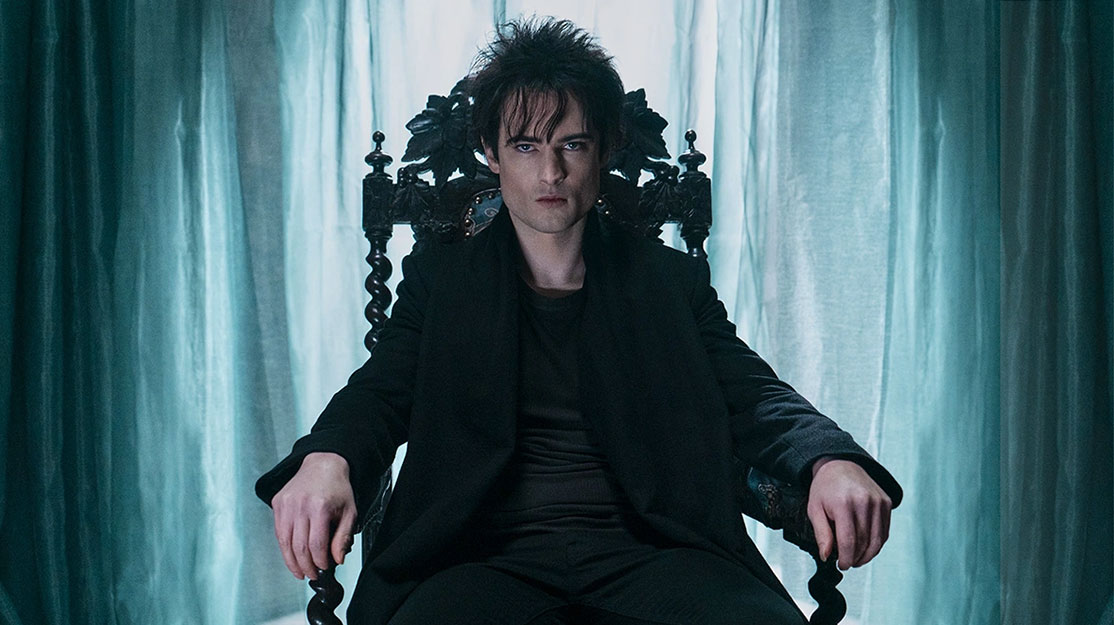 The Sandman creative duo Neil Gaiman and Allan Heinberg discuss their attempts to keep the Netflix fantasy series grounded in the real world, while cast members including Tom Sturridge and Vanesu Samunyai reveal how they got into character.

In an era of studio consolidation and a raging battle for subscriptions, global streamers are putting a lot of faith in their fantasy juggernauts. HBO’s Game of Thrones spin-off House of the Dragon will do battle with Prime Video’s The Lord of The Rings when the two shows launch over the next few weeks, but both are following in the wake of Netflix’s The Sandman.

These shows’ much-loved characters, expansive universes and rich narratives can mean survival for platforms that want to keep existing subscribers and find new ones – potentially for many seasons to come. While they all boast eye-watering budgets, the challenge will be standing out. For The Sandman, which debuted earlier this month, the key is grounding epic fantasy in the real world.

Set in a world called the Dreaming, the story begins when the Sandman, Master of Dreams (aka Dream and Morpheus), is captured and held prisoner for a century. His absence sets off a series of events that will change both the dreaming and waking worlds forever. To restore order, Dream must journey across different worlds and timelines to mend his mistakes, revisiting old friends and foes and meeting new entities – both cosmic and human – along the way.

When developing The Sandman for television, Neil Gaiman – the celebrated fantasy author who created the DC comics on which the show is based – and his creative team decided not to rely heavily on the state-of-the-art VFX and technology that is now available to them.

That team includes showrunner Allan Heinberg, known for writing movies like 2017’s Wonder Woman as well as writing and producing TV series such as Sex & the City and Scandal. “We made the decision to move away from technology from the very beginning,” Heinberg notes. “It looks very much like a fantasy epic, but so much of it takes place in our world. We were all very committed to doing the most grounded version of The Sandman possible.

“Our directors did everything in camera whenever they could so that we would use CGI and effects to augment what we shot in camera. The actors really gave performances that they would not have if they were up against a green screen.”

Artists from all over the world were involved in bringing The Sandman to screen. “Every script, every prop, every costume, all the sets – everything gets Neil’s eyes and his feedback. We’re working with a lot of the original art, and all the props are almost to the letter as they are in the comics. It does feel like you’re living inside the comic book when you walk around the sets,” adds Heinberg. These sets, such as ‘Destiny’s Threshold’ (a world within a character’s body) and ‘Lucifer’s Throne Room,’ took months to build.

The actors couldn’t help but notice the attention to detail. Playing Lucien, the librarian of dreams, Vivienne Acheampong says she became the character the moment she put on her costume. “The costume is so tailored and incredible, you can’t not be upright and hold yourself in a certain way. When I stepped into those suits and jackets, it just transformed my body,” she says.

Casting actors talented enough to do justice to the source material while winning over newcomers and lifelong devotees alike was a huge undertaking. About 200 actors were auditioned before Tony winner Tom Sturridge landed the role of immortal being Dream, who curates and rules dreams.

“It was me on a Zoom call with 12 different people all asking questions that one is never asked in an audition process as an actor – quite a deep, philosophical interrogation into my position on the character and the story and the ambition for the series,” Sturridge says.

Meanwhile, some other cast members were not familiar with the original texts, with Vanesu Samunyai (who plays Rose Walker) among those who “read all of the comics and beyond” to prepare for their roles.

Despite playing the shockingly dark character of The Corinthian – who eats dreams and thus has rows of teeth where his eyes should be – Boyd Holbrook approached the role pragmatically. “I find the voice and then I break down their climatic arc throughout the series,” says the Narcos and Logan star.

Before becoming an actor, Holbrook was plucked from obscurity, going from working as a carpenter to fronting global brands as a model. It is perhaps these experiences that meant he found common ground with The Corinthian, which served as a route into his performance. “He has an outsider quality and I’ve always felt like an outsider, a feeling of not belonging,” he says.

Covid, ironically, helped Sturridge to portray Dream. “I had more time to become more and more familiar with the literature, and I don’t think I would have the understanding I have of Dream now had I not been allowed to spend so much time with him before we began filming,” he says.

A major challenge for the star, whose screen credits include playing Allen Ginsberg in the film version of Jack Kerouac’s On the Road, was getting a human handle on a character who has such an abstract, ethereal quality. “He’s the arbiter of our fears and fantasies. In doing so, he must understand how all of us feel, because if you know how everyone dreams, you know how everyone is, and that allowed me to consider him as an extraordinarily empathetic character. You have to have a rigour and a discipline to hold it all together, so therefore he’s someone who suppresses his feelings because, if he didn’t, it would have catastrophic consequences,” says Sturridge.

Past attempts to bring The Sandman to the big screen have failed. Gaiman points out the perennial obstacle: “You have 3,000 pages of story and you have two hours of film. It’s the same problem you would have if you tried to make Game of Thrones into a two-hour movie.”

But the birth of the long-format, novelistic style of storytelling on TV means that barrier no longer exists. Thirty years after Gaiman first wrote the comics, the streaming era, coupled with some of the best actors and crew in the business, means he can finally “do Sandman, as Sandman, at the speed of Sandman.” Perhaps this will be the key to its success.