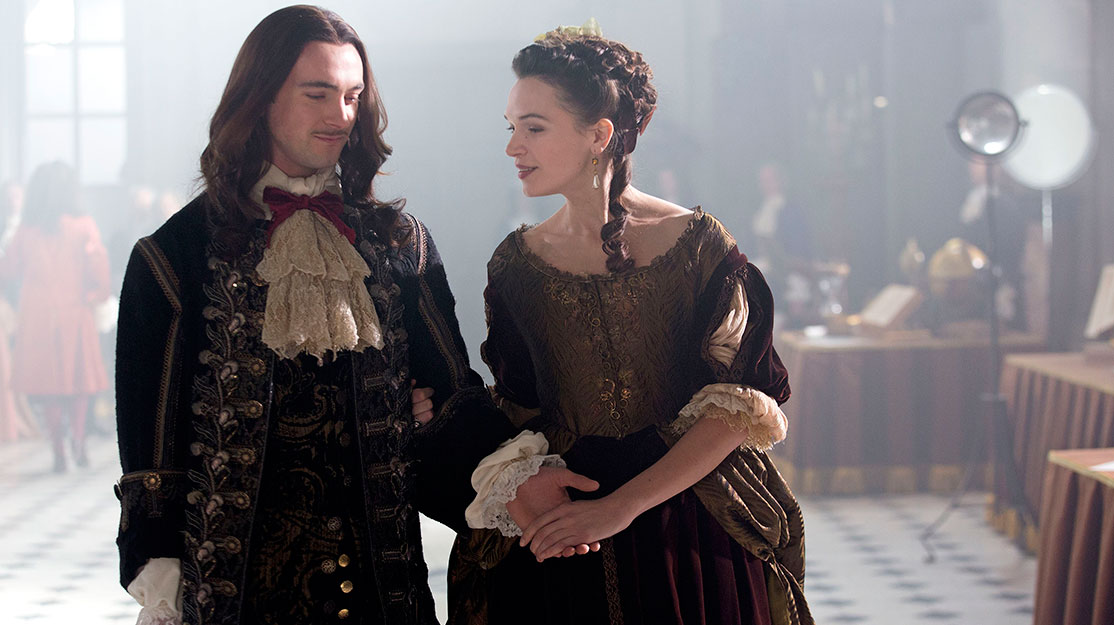 We’ve heard a lot about how we are in the second ‘golden age’ of television. Drama production, specifically, has experienced a glorious resurgence and arguably some of the best-quality TV drama ever produced has emerged in the last five years. And when you think of the source of all this great television, the US and the UK immediately come to mind – but that is changing.

More and more, we’re seeing great dramas that have global appeal coming from Israel, Sweden, Australia and, of course, France.

We have been working in France for our entire careers and we’ve never experienced the degree of acceptance and enthusiasm to work with French producers that we see now. This is largely attributable to some of the incredible international coproduction success stories that have originated in France.

Hit series like Borgia (and The Borgias in the US) and Versailles (pictured top) were made possible by copro partners across Europe, and Canada. Companies in France that have shown a willingness to invest in ambitious projects like these have certainly helped promote French firms as serious production partners.

Another contributing factor to France’s TV drama renaissance is the evolution of the talent pool. We are increasingly seeing great screenwriters writing in English. Or, if their English isn’t strong, French-speaking writers are paired with English writers who excel in writing dialogue.

Lately we’ve come across some very talented writers who speak English but have never written in English, so they don’t know if they can do it. We tell them, ‘Go ahead. Run! Do it! Just try. We’ll just see how it comes.’ The worst-case scenario is that we’ll need to pair them up with someone who can help with English. We don’t want to put up any barriers to creativity.

This freedom is allowing writers to pursue some amazing stories. Whether for an international copro or a French national production, a feature or a TV series, it’s all the same: you need a great story. For us, the story drives everything. We find stories through writers and directors, and sometimes an actor tells us how they want to create a specific character. Wherever it comes from, a great story is the impetus for bringing the right talent and partners to the project.

France is fertile ground for storytellers because we have some fantastic historical novels and events that remain untapped by television producers. There is some very strong IP out there just waiting to be developed. What we love about historical drama is that it allows us to explore a moment of history. Looking back through the spectacles of today, it gives you the opportunity to understand who we are, what we are and where we are going now. We are exploring a couple of projects set in the 1930s and we think it’s interesting how such shows can shine a light on where society stands today, and the great challenges it faces when we compare it to the world as it was in that decade.

The incredible success of historical dramas like Downton Abbey, The Tudors, Vikings, The Crown, Versailles and The Borgias has created a great opportunity to raise significant budgets for ambitious storytelling. We also see historical drama as a vehicle to address bigger social issues, which is especially true in our quest to develop strong female characters. These dramas are a great way to address women’s issues through the years, examine where we are now compared to the past, appreciate the progress we’ve made and consider how we can ensure those advances don’t slip away. As two businesswomen, that’s something that has become a central focus of our development slate. The coproduction model allows us to explore ambitious subject matter.

Whether we are developing a historical or a contemporary drama, we always look for a strong story that will attract an incredible cast, but we are also always looking for strong brands. A certain level of recognition is important if you want to get financing for your project, and that also helps shows stand out in the sea of entertainment options viewers have today.

Talent is a big part of that, but if you have a strong brand and a great story to begin with, securing a great cast is not difficult. Recent examples include FX’s Feud: Bette & Joan, about the infamous bad blood between Joan Crawford and Bette Davis (starring Jessica Lange and Susan Sarandon), and National Geographic’s Genius, which studies the life of Albert Einstein (played Geoffrey Rush).

Furthermore, the French production community, like others all around Europe, is thriving thanks to the proliferation of distribution channels. Having many places where you believe your project can exist and will exist gives you much more latitude as a producer.

The high level of platforms for content unleashes our confidence to develop more. Producers tend to second-guess themselves about whether the network will like a show or the audience will watch it. But, especially at the beginning of a project, you should never do that. If you think, ‘I’m not going to do that because it’s never been done,’ you are destined to do the same thing over and over again. We have to do things that have never been done before, both creatively and in terms of financial structure.

We are currently developing a sci-fi project set in the near future, which is a first for us. The fact there are more partners around the table liberates us from that pressure [of working in a new genre] and is a huge contributor to this drama renaissance we are now experiencing.