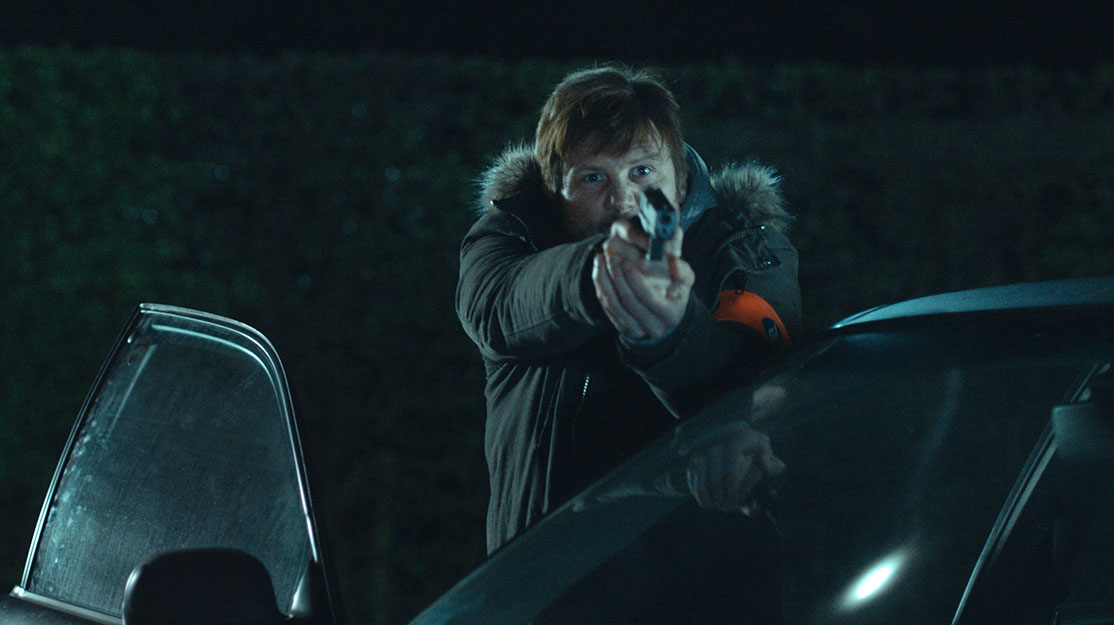 Flemish drama De Dag (The Day) puts an innovative spin on the contemporary crime genre, with each episode showing a new perspective of a hostage situation. Its writers and producers tell DQ about the challenges and opportunities presented by this approach.

De Dag (The Day) is bang on trend with its central premise. Like Danish dramas Greyzone and Beneath the Surface and international coproduction Ransom, the Flemish series centres on a hostage situation and the law enforcement officials working to end it.

But where it stands apart is in its unique 12-episode structure. Set across a single day, each episode bounces back and forth between the different perspectives of those involved in the bank siege. The odd-numbered episodes present the police point of view as they attempt to end the crisis, while the even numbers focus on those barricaded inside the bank – the hostages and the perpetrators.

More precisely, each pair of episodes (one and two, three and four and so on) reflect events during the same time period. It means an odd-numbered episode cannot be trusted on its own, because the next instalment turns what you think may have happened on its head, ensuring a thrilling, compulsive ride to the end.

Jonas Geirnaert, who wrote The Day with Julie Mahieu, says the idea to tell the story from different perspectives emerged during their very first brainstorming session almost 10 years ago. “We first thought about the hostage situation, and what’s good about it is it has a very clear division between inside the bank and outside,” he says. “The first time you see outside, you don’t know what’s going on inside, and then you see the same events through the eyes of who’s inside. And the thing about a hostage situation is it creates immediate tension. You want to know how it ends. People are in constant danger. It’s a really good way to make your audience sit through your show.”

With an €8m (US$9.8m) budget – big by Belgian standards but tiny compared with those handed to US series – the writers knew their scripts needed to stand out and were happy to take their time to get this complex puzzle right. Across each two-episode block, events from one angle are revealed to be completely different from another perspective, but in a way that doesn’t leave the viewer feeling tricked. Instead, it simply fuels the desire to watch more than one episode per sitting to understand the true nature of what is going on.

Geirnaert wrote the odd episodes and Mahieu picked up the even ones, though everything except writing the scripts was done in partnership. Any changes in one script also meant linked episodes needed to be rewritten to ensure events and reveals matched up.

“We did all our homework before we started writing,” Geirnaert explains. “Once we knew it was going to be a hostage situation in the bank, we knew what the perpetrators were going after and then we worked on the characters. It happened organically. As you make the story, you know which characters are going to be prominent in each episode. The ones that were most interesting to us, we tried to weave throughout the series.

“The first two months before we started writing the series, we were standing by a whiteboard with the whole scheme of the 12 episodes mapped out and a different line for every character to see what their evolution was throughout the series. It was interesting to see. It wasn’t that you had the story and you had to push the characters in the story; sometimes the character forces your story to go a different way because it feels right.”

At the start of the second episode, which is the first to show events from the bank robbers’ perspective, we are also introduced to many of the people who will become hostages by the time the credits roll. Geirnaert says it’s crucial viewers get to know them before they are thrown into the extreme circumstances that follow, increasing empathy and providing an element of backstory than can also be referred to later on.

“You have to give them a baseline, so we show how they act normally in their families, having breakfast, couples having an argument,” he says. “You have to install your characters in a normal way and then you see how they behave while the hostage situation is taking place and you can see that difference. If you start with them in that different situation, you don’t get to know them in a normal way. We tried to keep it compact because we want to go to where the drama happens but it was quite important to have those scenes.”

The series, which debuted on Belgium’s Telenet last month, premiered at Berlinale in February. It comes from Flemish producers FBO and Woestijnvis and is distributed worldwide by Dynamic Television. International buyers include Germany’s ZDFneo.

The Day was first pitched in 2012 to executive producers Hilde de Laere and Michiel Devlieger, who were instantly won over by the concept.

“It’s not just a police drama but a very human drama, which means it’s not just another cop show,” says Devlieger, head of drama at Woestijnvis. “That combination worked for us. Then it took some time for them to work on it, so it was a question of supporting them and giving them time and space to work it out. It was a great challenge because it’s such a complex puzzle. But you don’t want the viewer to have the feeling they are looking at a puzzle.”

The producers also faced several hurdles when pulling the show together. In particular, finding the main square where the bank is located – and which later becomes the scene of the police operation to free the hostages – proved to be a major challenge.

“It was quite a big search to find the perfect location,” Devlieger says. “We filmed it in Bruges, but it could have been anywhere – it’s a square. But even then, because of how it was written and what we wanted to happen, it was quite a challenge to find the right place. It took quite some time. We had to adjust some things in the screenplay to make it work but it was a very good location.”

“That was always our intent when we were writing it and thinking about it to make something that would appeal internationally,” Mahieu notes of the show’s nondescript location. “We thought about that both in the story and image-wise. It’s a story that could be told anywhere. It’s about people, bad guys, police; it’s not typically a Belgian story. That was always the incentive, to make it a very universal story.”

Due to The Day’s winter setting and the fact events take place in a single 24-hour period, three film crews were assembled to shoot simultaneously, “which was possible because there are actors who never meet,” adds FBO’s Hilde De Laere.

On set, Geirnaert and Mahieu also worked as showrunners of their particular episodes. “Since we wrote the story, we knew what was going on so we made sure everyone knew what they had to know,” Mahieu explains.

Working alongside directors Gilles Coulier and Dries Vos, the writers took inspiration from the likes of British drama Southcliffe when it came to achieving the grey, misty atmosphere they wanted to portray on screen. Real-life details were also important to the creators, such as the search for a mobile phone charger in episode one.

“That was the approach for the whole series,” says Devlieger. “We wanted it drenched in reality. That’s where the researchers came in because they really researched not what is the most exciting way but how such things actually happen. When this situation occurs, how would negotiators do this? In our feedback from people who work in the field, they really appreciate that and recognise the reality of it.”

The writers were also surprised at the tactics used by the negotiators to build relationships with hostage-takers over the phone. Their research found the usual way to answer a call from them would be to simply say, ‘Good morning. How are you?’

The authenticity of the action adds an extra layer of quality to a series that ultimately stands out because of the way the story unfolds from alternate viewpoints. Devlieger sums it up when he says the series was written “to get viewers addicted.”

He adds: “You can really install red herrings in the odd episodes and surprise the viewer in the even episodes with how they thought it would be and how it actually was. That worked very well. In that way, they did a really good job in the writing. When you see an odd episode, you’re really curious to see what is happening on the other side and, at the end of a block, you just want to know where it’s going next.”