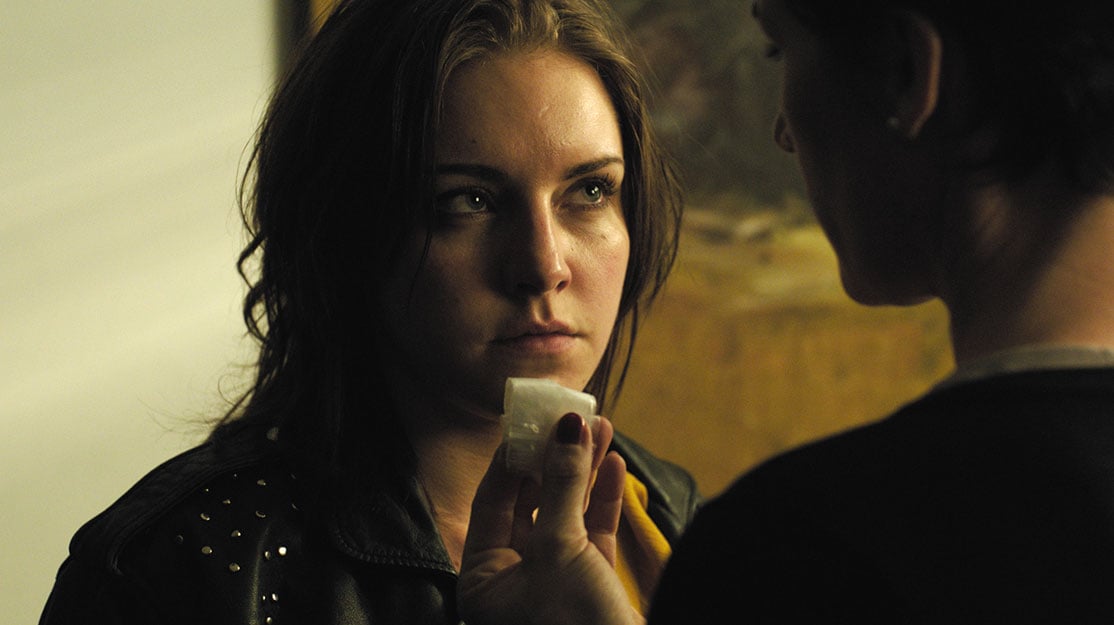 German film prodco 23/5 Filmproduktion is moving into TV for the first time with Das Verschwinden (The Vanishing), in which a woman searching for the truth behind her daughter’s disappearance uncovers more than she bargained for.

Since Generation War burst onto the scene in 2013, the international reputation of German drama has been surging on the back of shows such as Deutschland 83, Der Gleiche Himmel (The Same Sky), 4 Blocks and Ku’Damm 56. Upcoming projects including Das Boot and Babylon Berlin are likely to ensure German scripted series remain a talking point for some time to come.

It’s no surprise, then, to see filmmakers from all corners of the country now moving into television, further proving that the film-to-TV trend isn’t just reserved for Hollywood. Among German producers now targeting the small screen is 23/5 Filmproduktion, which is finding its way in this new world with Das Verschwinden (The Vanishing), its first TV drama.

Building on another current trend – stories with a disappearance at their heart (see also The Missing, The Five, El Regreso de Lucas) – The Vanishing centres on the search for 20-year-old Janine Grabowski, played by Elisa Schlott, who goes missing from a small Bavarian town near the Czech border.

While all the evidence suggests Janine wanted to leave her rural life behind, her mother Michelle (Julia Jentsch) takes up the investigation herself and quickly finds that the more she looks for answers, the more she discovers about her daughter and the company she kept. She then begins to question whether Janine even wants to be found – and her own role in the disappearance.

The eight-part series, distributed by Beta Film, was created by writers Bernd Lange and Hans-Christian Schmid, who also directs. With five or six stories in development, they were discussing which film to shoot next when they turned to The Vanishing, a story they determined was too complex and had too many characters to squeeze into a 90-minute feature.

“While there’s this story on the surface – this woman looking for her grown-up daughter – we’re also trying to create a portrait of a small town,” Schmid tells DQ at 23/5’s Berlin office. “Then we were curious to see if we could manage an eight-hour series.”

The series is based on a true story, and Schmid says he was keen to explore why young people have such a hard time with their parents. “Nowadays in this area, there are a lot of drug issues. Crystal meth is produced along the Bavaria-Czech border and it’s transferred to these small towns where you can buy it for €10 [US$12],” he continues.

“So they have a problem with this. The other thing I wanted to find out about was what happens to you if you’re looking for your daughter, even if she’s grown up. What do you find out about her? Does the daughter even want to be found? I would call it a mother-daughter story, or a generational story. These are just questions we hopefully put in the audience’s mind so maybe they talk about it afterwards.”

After getting the green light from public broadcaster Das Erste, the immediate challenge facing Schmid and producing partner Britta Knöller was raising the budget by navigating the German regional broadcasting system. The series is coproduced with Mia Film and ARD Degeto, BR, NDR and SWR. Support also came from funding bodies FilmFernsehFonds Bayern, Medienboard Berlin-Brandenburg and the Czech State Fund for Cinematography.

“There’s no opportunity for independent producers like us to get a coproduction development for a TV series without losing all the rights,” Knöller explains. “If you’ve been developing for two-and-a-half years on your own, you don’t just give it up in the last five or six months, which is hard on the financial side but we managed.”

On the creative side, coming from a cinema background meant Lange and Schmid had to come to terms with a new story structure featuring enough material to fill eight hours of television. “It was just so hard to treat all the characters well and keep all the storylines up and to not just include something just to keep the story going on. It was quite challenging,” Schmid recalls.

“The structure is different; we’re used to the three-act structure and we’re both pupils of classical storytelling, but here you have seven cliffhangers so we had to create those without betraying the characters. Trying to make it look realistic and natural was tough, and if you read the third draft of the script, there’s not much left from the first treatment. It was a long, ongoing process.”

Production was completed in December last year following a 90-day shooting period for a show whose story progresses over eight days.

“Because we had one director [Schmid], we shot all the scenes at one location and then moved on to the next, so the actors were really hopping between these eight episodes, which probably isn’t the nicest thing for either the director or them,” Knöller admits.

“And, of course, you need team members who will be available for such a long journey. We shot the border scenes at the beginning and then moved up to Berlin because we had funding from the city and because it was turning to winter, so we did most of the interior shots there, such as the police station.”

Schmid worked with the production designer and cinematographer to create a show that he believes “doesn’t look like TV,” taking some inspiration from the naturalistic approach of French supernatural drama Les Revenants (The Returned). “It’s really hard to do to German suburbia and to try to make it look like something you want to watch,” he admits.

“I liked the look of Les Revenants and the simplicity of the shots. It’s a mountain village, which is the same in our show, and there was always a lot of fog. We were there [on location] for half a year and found out how quickly the weather changes, and there was fog coming up from the forest. But you see that so often that we didn’t put much emphasis on it. Often we would just have two people talking. You don’t have to shoot every angle.”

With The Vanishing set to debut in Germany this fall, 23/5 is now working on its next feature. And while the company hasn’t ruled out another move into television, it won’t embark on another small-screen series just because it’s the fashionable thing to do.

“It’s good if you’re really well organised with the schedule,” Schmid says. “You have to be prepared to shoot four minutes [of screen time] a day. In cinema it’s usually three or two-and-a-half, and that makes a big difference. You hardly ever have the chance to step back from what you’re doing, see the rushes and dailies and do something again. But you can get used to it. I’m afraid to get used to it!”

“Producing series just to be part of the series hype is kind of foolish,” Knöller notes, adding that new financial mechanisms are required to support independent producers. She says 23/5 will observe whether broadcasters’ current demand for series holds up and, reflecting the US industry, leads to television replacing mid-budget feature films, which now struggle to get made.

“Funding institutions have already shifted some of their money for cinema to series. I don’t know how that will impact the quality of cinema, but since we are still mainly a cinema production company, I would be wary of shifting everything to TV now.”