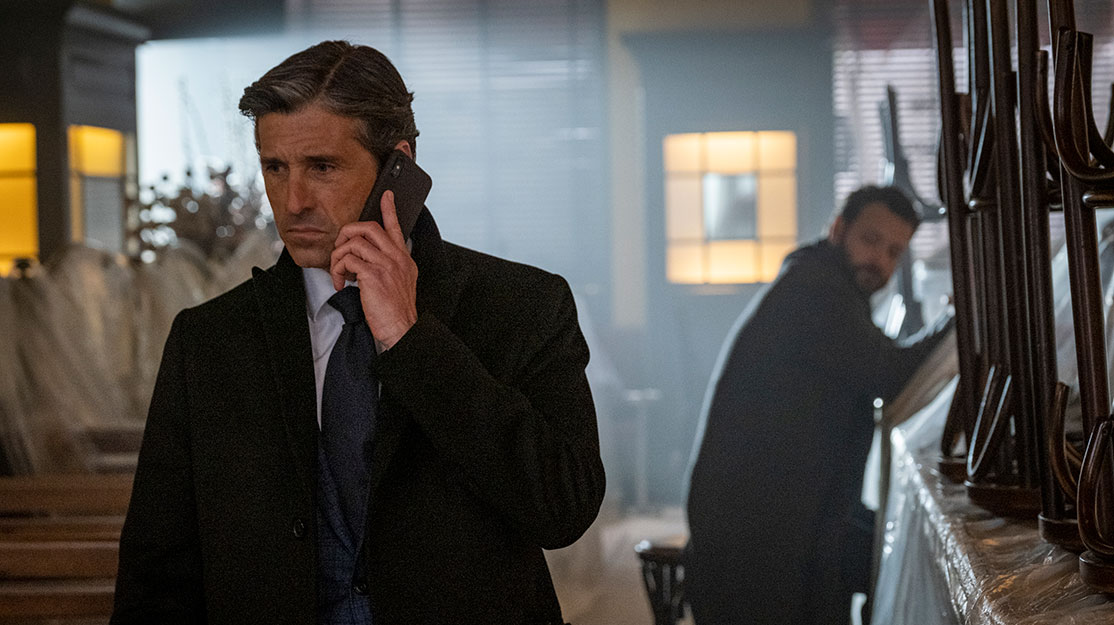 Devils is in the details

As Sky drama Devils returns for a second season, writer and executive producer Frank Spotnitz outlines the challenges in bringing the financial drama to the screen, including a pivotal scene set on the night of the UK’s Brexit referendum.

The biggest challenge in creating financial thriller Devils is the genre itself. Finance is a powerful force in modern society that shapes our everyday lives in profound ways. But it’s also a subject most people find difficult to understand. For a series to make finance not only intelligible, but thrilling, is a challenge well worth undertaking.

Devils takes real news from the recent past, dramatising it through characters working in the fictitious New York London Bank (NYL). The first season used a banker’s mysterious death to drive a storyline that explored the 2011 euro crisis.

Season two now involves another murder mystery, this time involving one of the series’ most beloved characters, and focuses on the growing split between China and the US. Specifically, we see how the two superpowers battle for control over data, beginning with how data was used to affect the outcome of the Brexit referendum in 2016.

Our writers room was midway through breaking the storyline for the second season when Covid began sweeping across the globe in early 2020, and soon we realised that we would have to find a way to also address the pandemic’s world-changing effects.

That put us in the unique position of having to write and rewrite scripts while the pandemic was still in full swing, and in a way that would not make the storyline seem out of date or obsolete, regardless of how future events played out.

Our first episode still focuses on the Brexit referendum on June 23, 2016, showing the crucial role data played that day and the profound effects it had on financial markets, where billions of pounds were at stake.

The series’ hero, Massimo Ruggero (Alessandro Borghi), is the CEO at NYL and is betting on the ‘Remain’ vote that his pollsters have told him is a certainty to generate huge profits.

Meanwhile, Dominic Morgan (Patrick Dempsey), Massimo’s former mentor turned nemesis, is counting on a ‘Leave’ vote to force Massimo out of his job at the bank and into joining him in fighting the trade war with China.

The centrepiece of the episode is the night of Brexit. Of course, we in the audience know the stunning upset that resulted, but much tension lies in the fact that, at the time, Massimo and his colleagues at NYL did not.

Director Nick Hurran (Sherlock, Doctor Who) does a masterful job achieving Devils’ goal of making material that could seem dense or forbidding not only easy to understand, but genuinely gripping.

In an adrenaline-filled sequence clocking in at a daring eight minutes, we relive the rollercoaster ride of the Brexit referendum on the trading floor of one of the City’s most powerful banks, with Massimo and his team trying to stay ahead of market fluctuations to make sure NYL profits.

At the start of the sequence, early returns seem to confirm expectations that the vote would be ‘Remain’, as does an unexpected and premature concession speech from UKIP leader Nigel Farage.

But then results in Sunderland and elsewhere defy pollster predictions and shockingly point toward a ‘Leave’ result, forcing Massimo and his team to scramble.

In ways the audience can understand, we see how the team tries to recover from their bet on a ‘Remain’ vote, investing in the British pound when they believe it has dropped to its lowest point and selling it when they believe the market has driven it back up to a peak price.

The result is a series – coproduced by Sky Italia, Lux Vide and Big Light Productions – that not only deals with a subject no one else in television is talking about, but in a way that looks and feels utterly unique. Even in the crowded landscape of today’s television, there is nothing else quite like Devils.

Of course, it would be impossible to explore finance in thrilling ways without characters that we care deeply about. And especially because the series depicts China as an antagonist to American interests, we took care to make sure that the new Chinese characters never fell into stereotypes but rather emerged as complex individuals.

The new season not only tries to make sense of the remarkable journey the financial world has taken these past six years but takes us inside the personal lives of characters we have come to know and love, leaving us eager to explore where they – and the world – will go next.