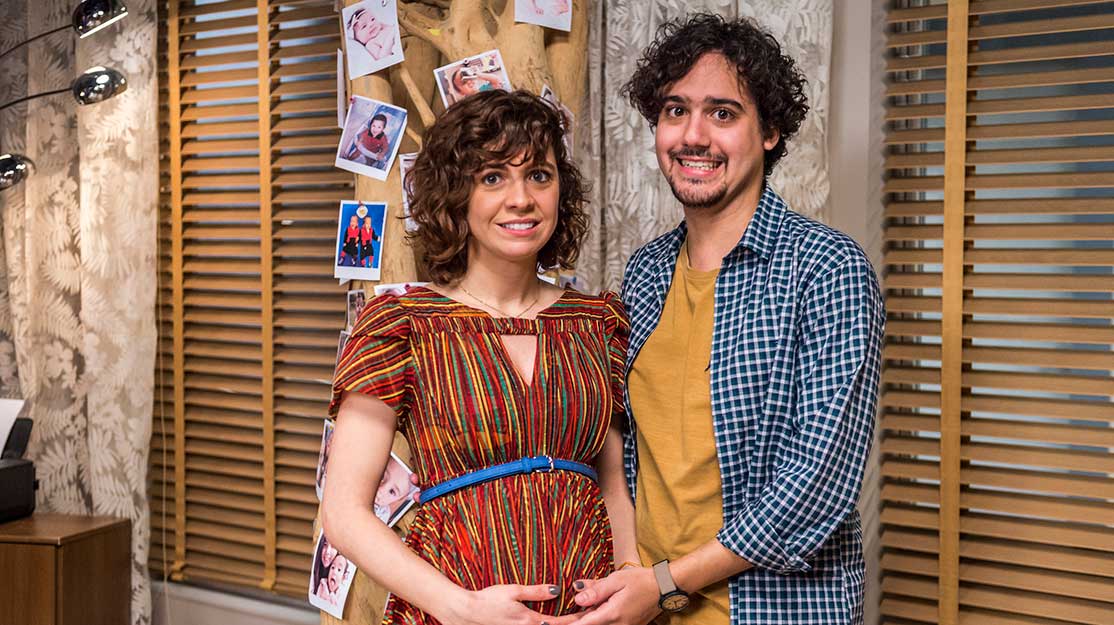 Taís and Pedro face some life-changing decisions when they discover they are about to become parents in Brazilian series Pais de Primeira (First-Time Parents). Writer Antonio Prata tells DQ how the series was born.

Brazilian screenwriter Antonio Prata has experience across the board, from series such as hospital-based Under Pressure and Os Experientes (The Experienced), which features four-interconnected stories about ageing, to long-running telenovelas including Avenida Brasil (Brazil Avenue) and A Regra do Jogo (Rules of the Game).

His latest series, Pais de Primeira (First-Time Parents, pictured above), is about a couple who must reassess their priorities in life once they discover they are expecting a baby.

Here, Prata tells DQ about the origins of the Globo series, his writing process and the changing Brazilian TV landscape.

What was the inspiration behind First-Time Parents?
The maternal and paternal experiences of each of the scriptwriters – my experiences and those of Tati Bernardi, Chico Mattoso, Thiago Dottori and Bruna Paixão. It seems today we face every small decision as if it will have a huge and irreversible impact in the life of our children. Each detail will define whether the kid is going to be asthmatic or a triathlete, a quantum physics genius or unable to deal with their own feelings.
Our idea was to laugh at our afflictions and muddles, and also to demystify parenting as a bed of roses and the happiest time of your life. It is not, it is really difficult, especially for the mother.

What are the challenges of taking a universal subject like parenthood and making it specific?
Once you have solid, recognisable characters, it becomes easier to ask how each of them deals specifically with each conflict we are creating. But perhaps our greatest challenge is the opposite: how to take our specific experiences and make them universal. Brazil is a very unequal country and the way we experience raising kids does not always have anything to do with the way most people live. We are always asking ourselves, ‘Do young parents in a small town in the interior of the country also have this or that conflict we create for the characters? Does this story make sense to them?’ Our main characters are Taís (Renata Gaspar) and Pedro (George Sauma), a middle-class white couple from Rio de Janeiro, but they must resonate with other demographics.

How would you describe the writing process for the show?
We have a writers room where we work together from Monday to Friday. There is a huge blackboard where we create the plot of each story. It takes us about a week to create the step-by-step story of an episode, usually with plots A, B and C. Then it takes me a couple of days to finish the index cards, which are then divided among us four writers. Each writer has about two weeks to do a first draft, which we develop at home in the morning. This first version is read and commented on by everyone. Everyone then has one more week to do a second draft and then I take about a week more doing the final pass.

How involved are you through the production process?
Very much involved. The writers participated in the process of choosing the cast, as well as the approval of scenes and the soundtrack. We always saw the first cut of the episodes and could give many suggestions to the director, Luiz Henrique Rios. However, my involvement is not to the level of a showrunner in the US. Here in Brazil, responsibilities on series are still quite shared between writer and director. But it was a pretty cool collaboration – Luiz is a very talented and experienced director and I was able to learn a lot from him.

How is the Brazilian television landscape changing?
It is a contradictory situation. On the one hand, we have had a great expansion of the audiovisual industry over the past few decades. Each year we produce more movies and more series, with more quality.
On the other hand, we are currently experiencing a political and economic crisis. The arts in general, and the audiovisual industry in particular, are being directly affected, losing much of the state sponsorship and incentives that have made this industry what it is today.
Crisis, however, is not a new word in Brazil. We will discover other ways to make this industry viable. We will bypass the mishaps and use audiovisual media not only to better understand the storm we are in, but also to point to a brighter future.

What genre or topic would you like to write about that you haven’t yet?
Oh, many. I enjoy both drama and comedy and I have some projects in the works. Being a parent also makes me think of content for children. I have had three children’s books published and an animation project. I want to produce series, feature films, plays, animations, books…