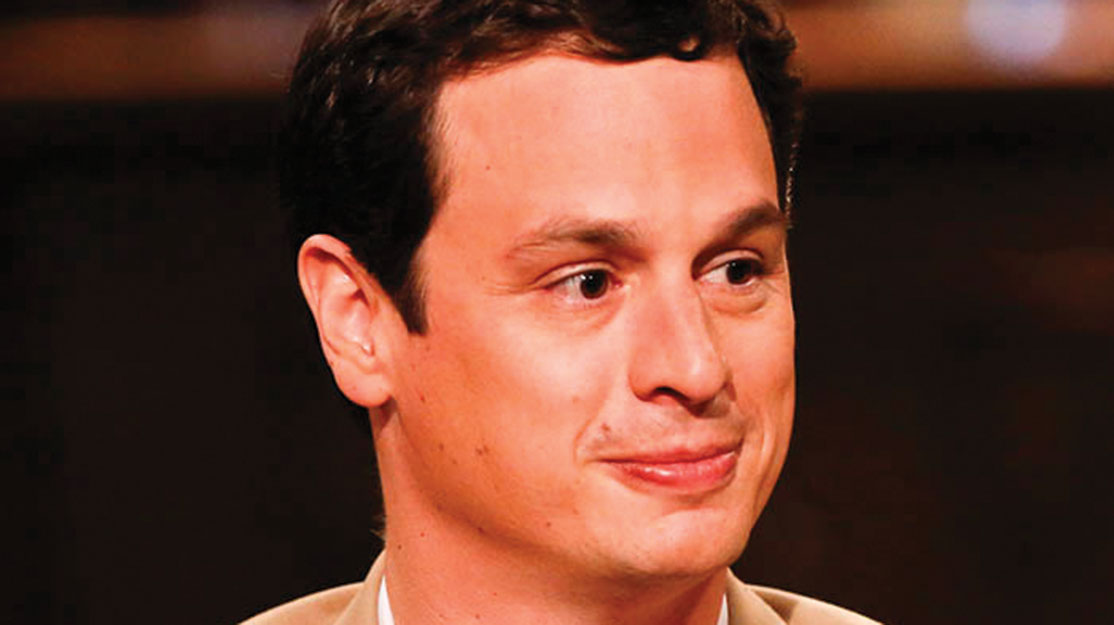 David Alpert, president of Skybound Entertainment and the executive producer of The Walking Dead, Fear The Walking Dead and Outcast, reveals the storytelling traditions from his childhood that inspired his career in television.

I grew up with stories in the blood. My family would love to gather round for the holidays and tell stories at the dinner table, so thinking about storytelling not just as pure entertainment but as something I wanted to do happened to me at a pretty early age.

I remember watching miniseries such as Shogun, Shaka Zulu and Robotech that really blew me away with their scope of storytelling and exotic locations. It was sophisticated storytelling for children; it wasn’t episodic, so if I didn’t watch the previous episode, I would be really lost.

The producers understood that children are capable of hearing and watching sophisticated storylines unfold over multiple episodes. I always loved everything from The Cosby Show and Family Ties to Saturday morning cartoons and after-school stuff like Transformers and GI Joe, but it was the above shows that really gave me a window into the type of storytelling that was possible.

I was always told to find my niche, find an area I know better than anybody else and to make myself valuable to people who make decisions and not to seek reward right away. That was the way in which I built my career. I knew comics – I’d sold them in high school – and I knew comic book creators, so with the emergence of movies like Men in Black, The Crow and even things like Ghost World, I started going to people looking to make those movies and TV shows and offering advice or consulting. Most people would hang up on me but some would take the call and, over time, they started calling me.

As I built up a management business, I started putting some other projects together that involved physical production. One such project, Bubblebots, never got made but it was based on a multi-platform approach to storytelling. It was designed for film, television, video games, comic books – and that process of working with different writers and artists in different mediums led to what we’re doing at Skybound today.

I’d met [The Walking Dead creator] Robert Kirkman at a convention in 2000 and we started working together. As we put together The Walking Dead, Robert said we should launch a company. That became Skybound and I laid out the Bubblebots gameplan as what we would do inside our business.

The Walking Dead was certainly my first real success. There was nothing like it on television; nobody had been doing serialised horror. And the show also had a very distinctive look and feel – it’s shot on film and has a grainy 16mm quality to it. Creatively, the thing that hooked me was the very concept: what happens when zombie movies end? We’re taking the 28 Days Later approach to say, ‘Hey, what happens after 29 days, 30 days, six months, six years?’ The interesting thing for me is if you build a compelling group of characters, you don’t want their story to end, so the story can take a long time to tell.

We’re really looking to tell stories in any medium we can, and have recently moved into VR. Gone, a thriller about two parents searching for their missing child, was a really interesting step in figuring out what an immersive narrative looks like. We’re so used to pointing the camera in one direction, but what happens when they turn around? I think we did a pretty good job of it and I can’t wait to do more VR.

If I could go back and tell my 12-year-old self what I’m doing now, I think my head would explode!