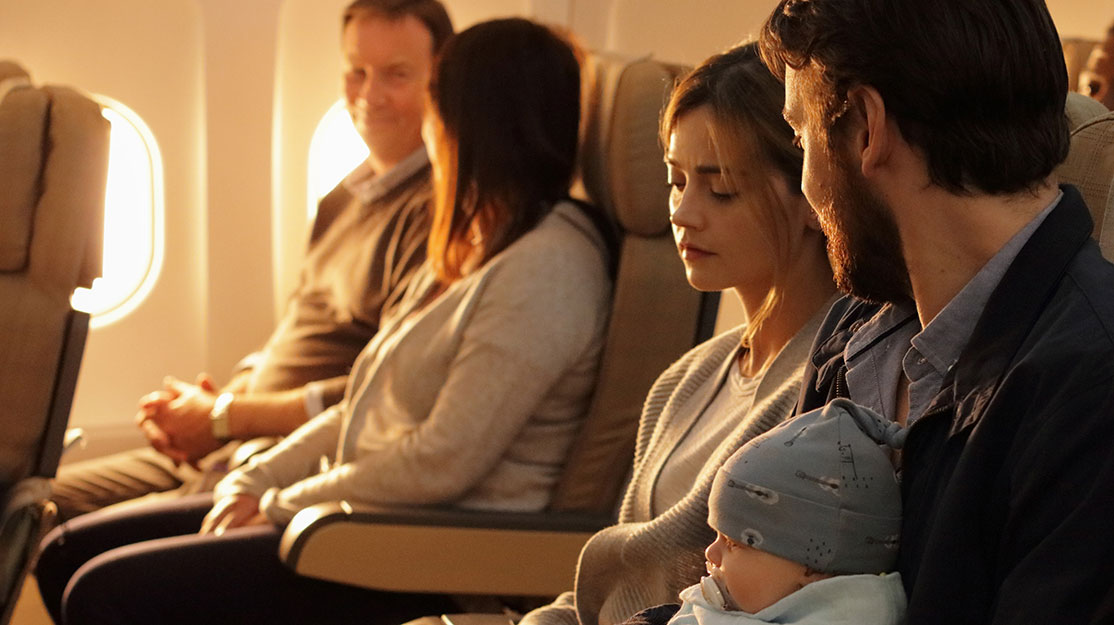 Cry in the sky

Jacquelin Perske, writer of psychological drama The Cry, reveals how she adapted Helen Fitzgerald’s novel for television and tackled one of the opening episode’s most turbulent scenes. The miniseries was produced by Synchronicity Films for BBC1 and is distributed by DRG.

The Cry is a four-part drama adapted from a novel by Helen Fitzgerald. It is a contemporary story set in both Scotland and Australia. I was drawn to the novel as it was both a nuanced relationship drama and an original thriller. Basically, really terrible things happen to an average couple and this couple deals with these events in ways that are surprising, almost logical and also deeply disturbing. All the things I like about a good story.

Thematically, the show is about becoming a parent, in particular a mother. As a mother of three children myself this was deeply relevant to me. No matter how prepared you think you may be, how much you read, absorb and observe, the shift from single, childfree woman to wife and mother is seismic, shocking and irreversible. There is no going back. You walk through a door and it shuts behind you.

I found the experience both exhilarating and also frightening. The Cry is a study in parental fear. The fear of not being up to the job, the fear of failing in your duty of care, the fear of losing your child, the fear of not loving this creature that you must love for the rest of your life. These fears and anxieties are usually hard to dramatise, but The Cry had a structure that allowed their full weight to be played out with devastating consequences, within a tight thriller story.

When adapting The Cry, I decided to tease out the thriller elements by playing with time. The four episodes shift from the present to the past to the future as the audience starts to piece together what has happened to new parents Joanna (Jenna Coleman) and Alistair (Ewen Leslie). There is a building tension as we see where this couple has come from, what they are doing now and what they will become. This structure allowed a sense of impending crisis and an uncomfortable tension and looming dread as the story plays out.

One of the early sequences in the novel takes place on a long-haul flight from the UK to Australia. It became a kind of core thematic place I could return to throughout the four episodes. It encapsulated the tension and the thematic concerns of the show. On a long-haul flight, a group of strangers are strapped in and locked in a metal can thousands of feet in the air. The notion of personal space is strained. Passengers politely confine themselves and endure the hours before they arrive at their destination.

If you place a crying baby into such a scenario, there is an instant tension. In The Cry, Joanna and Alistair are taking their baby from the UK to Australia to visit family, and it is their baby, Noah, who does not stop crying. He cries for hours and hours. The child himself is distressed and too young to understand why. The passengers’ patience wears thin as the crying continues and there is nowhere to escape. The parents themselves are in a terrible predicament as they bear both the brunt of their fellow passengers’ discomfort and an intense public display of their seeming incompetence as parents.

This sequence works on a thematic level in The Cry because Joanna is privy to the other passengers’ open judgment and criticism of her parenting skills, as they become increasingly angry at the incessant crying. The sequence also shows Joanna struggling to know what to do – isolated and alone – despite being surrounded by other people. It spoke to me of the experience of being a new parent in a unique and yet very real way. In The Cry, Joanna bites back – yelling back at the other passengers for their callous judgement of her and lack of sympathy for her predicament.

The sequence sets off the chain of narrative for the rest of the series, so it is a pivotal moment both thematically and narratively. Its honest brutality set a tone that I carried through the screenplay for all four episodes.