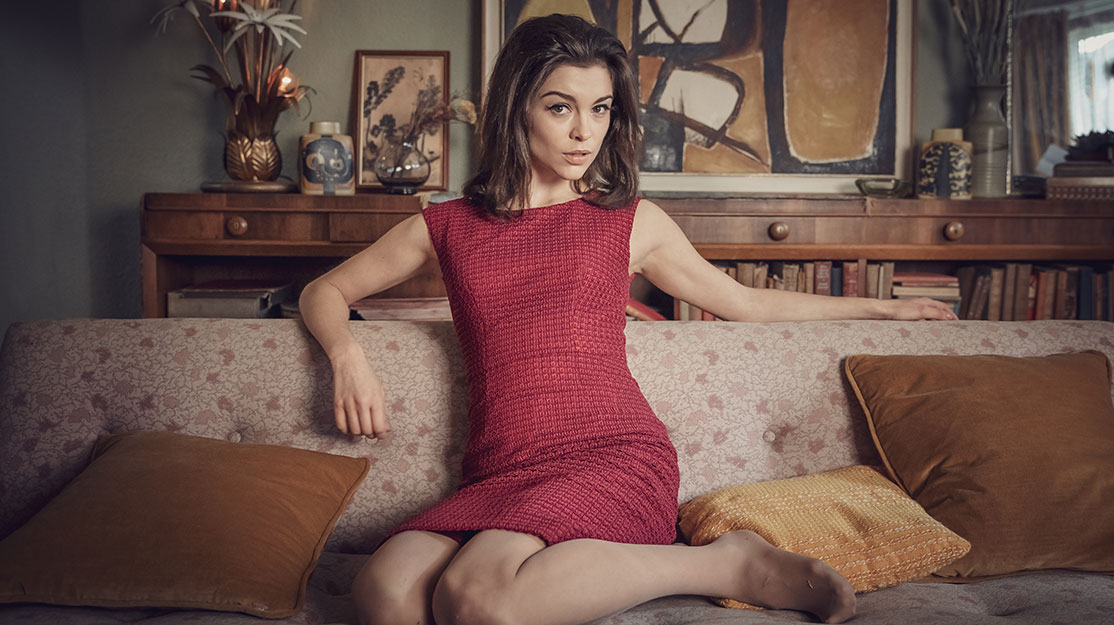 Kingsman: The Secret Service star Sophie Cookson tells DQ why playing the title role in The Trial of Christine Keeler was an intense and emotional experience.

Sophie Cookson has a new appreciation for courtroom dramas. While filming scenes for The Trial of Christine Keeler, she describes sitting at the witness stand for multiple takes as “incredibly static, with not that much tension.” Now that she’s watched the same scenes back, “it’s so tense and you’re just watching with your jaw hitting the floor at every moment. It didn’t feel like that at the time!”

In the six-part BBC1 drama, Cookson plays the titular character who, during the course of the series faces not only a trial by jury but by public opinion too. Keeler became famous around the world after finding herself at the centre of a political scandal known as the Profumo affair over her relationship with the secretary of state for war, John Profumo, in 1961.

In the show, from Ecosse Films and Great Meadow, Amanda Coe’s scripts present the events surrounding the scandal from Keeler’s perspective. “What makes this story so interesting is everyone already has a take on it,” Cookson says.

“They think they know the whole story when really they don’t, and what Amanda’s script does brilliantly is show the true human story behind it and finally look at it through female eyes. Before, it’s always been from the point of view of the establishment or the patriarchy. So, finally, it’s the real deal.”

The series finds Keeler living in London and working at the nightclub where she would meet Stephen Ward (played by James Norton) and fellow dancer Mandy Rice-Davies (Ellie Bamber), both of whom play pivotal roles in the ensuing scandal. Flashbacks are used to offer a glimpse of her earlier life.

“People know a moment of her life and think they have the whole picture, whereas we’re presenting a much more rounded version of events,” Cookson says. “People would say, ‘Oh she was a prostitute,’ which makes me boil with anger. I can’t be more emphatic about it. They were not prostitutes. There’s a lot of stuff people really have no idea about.”

The actor describes the way Keeler was treated by the press and the public at the time as “completely abhorrent,” adding that she was shocked by footage of Keeler being mobbed and having eggs thrown at her outside court.

The star acknowledges the “huge sense of responsibility” that comes with portraying a real person, especially in circumstances that led her to become the most photographed woman in the world. So her task was to portray the ‘real’ Christine at a time when, following the #MeToo campaign, this story could not be more pertinent.

“Women are finally getting a chance to tell stories from their side and getting an opportunity to say what they want to say,” Cookson says. “So it’s the perfect time to be redressing a story like this. But I don’t think it’s only a female story. It’s about someone who made a mistake while very young and lived life in a very spontaneous, free way – and it hounded her for the rest of her life.”

Filming the series, distributed by Keshet International, was an “intense” experience for Cookson, who featured on the call sheet almost daily. “From what she went through and the events we portray, it is so harrowing and so emotionally exhausting that by the end of shooting, I was exhausted,” she says.

“But it was so thrilling and such a pleasure to be able to tell her side of the story. Christine wanted to make sure she wouldn’t be seen as a victim. The amount of hatred that was thrown and pushed in her face every day, I have nothing but respect for her. She got up every day fighting; she never gave up.”

Coe says Cookson, who spent an hour each day in hair and make-up, was the first to audition for the role and secured the part immediately, with her similar appearance to the real Keeler complementing her “layered and complex” performance. The actor gained insight into Keeler through the autobiographies she had written before her death in 2017, while Coe and the production team provided her with abundant research material.

“Every character requires something different of you,” she says. “You tap into it but I felt very lucky that we covered so many different aspects of her life, which made the jigsaw fit together really nicely.

“It feels very important to me that it’s a female story written by a woman. It was a really strong female unit that gave the production a lot of force and rallying energy. It was a privilege to be a part of.”