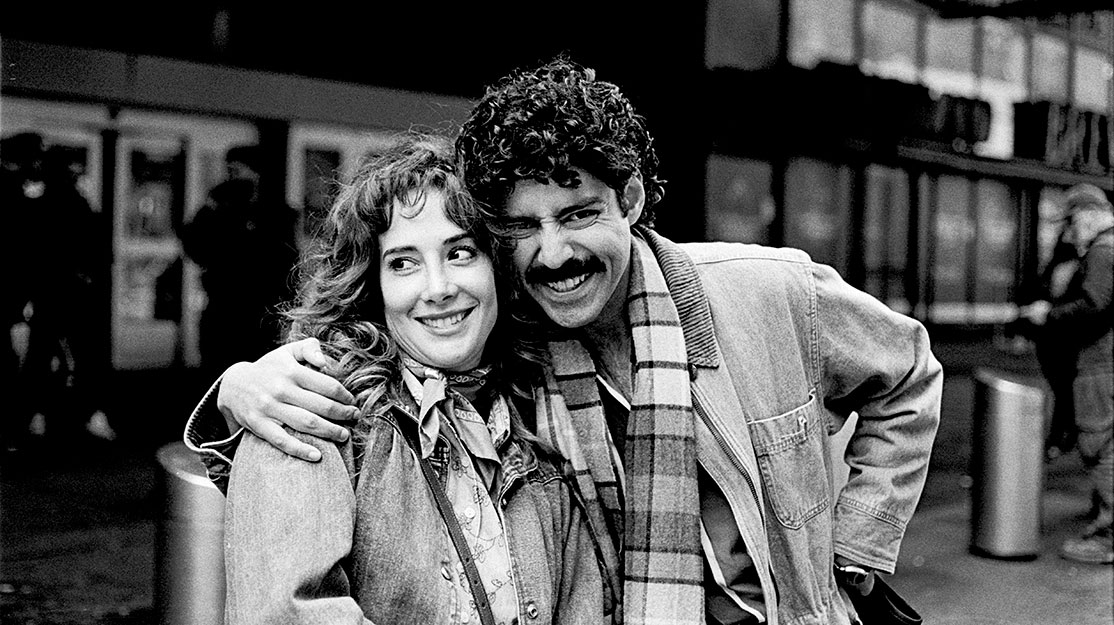 In his television pilot Chiqui, director Carlos Cardona charts his parents’ first experiences in the US after arriving from Colombia. He tells DQ about dramatising this very personal story and upending misconceptions about the immigrant experience.

Growing up, director Carlos Cardona would hear stories of how his mother and father first arrived in the US from their native Colombia and the struggles they encountered as they attempted to build a new life together in a new country. He would also pour over photos his mother kept of her childhood and of the young couple in the 1980s and 90s as they adapted to their new surroundings.

Cardona was born in the US and now lives in New York, where he is building a filmmaking career on the back of features such as Second Chance and Scenes from a Breakup. But his latest project, Chiqui, now dramatises those first few weeks his parents – mother Chiqui and father Carlos – spent in the US in 1987 as they attempt to find their own version of the American Dream for themselves and their unborn son.

As the episode reveals, however, they quickly find their new lives will not be as easy as they first thought after arriving in New Jersey and then going to stay with friends at a hotel in Montauk, at the tip of New York State’s Long Island.

Chiqui, which is mostly filmed in Spanish, is currently screening online during the Sundance Film Festival as part of the event’s Indie Episodic Pilot Showcase. But Cardona’s hope is that it will lead to a full series that upends misconceptions about immigrants.

“Growing up, my mum would tell me stories of their first few weeks and years in the country,” he tells DQ. “She is a very eccentric person. Anyone who’s ever met her, she’s a very unique person, and even though she doesn’t speak English that well, she just has a very clear way of describing things and expressing certain feelings. I would always look at these photos and listen to her stories and became so obsessed with that time period.

“But outside of it being a personal endeavour, it’s also an immigration story that hasn’t really been seen, at least to my memory, so it was important for me to romanticise and narrativise it through my own Latin American lens, giving a platform to an immigrant story that’s not attached to the cliches we’re so used to when we’re watching Latin American immigrants on screen.”

Cardona spent the early part of his career making genre films, having grown up watching Hollywood cinema and building a love for film noir, crime thrillers and horrors.

“In my early 20s, I really wanted to do that,” he says. “Then I had the realisation that I wasn’t that good at it. I don’t think I’m a good genre director.” Since that moment, the last five or six years has seen a shift in style towards narrative realism, taking in his second feature Scenes from a Breakup, which is based on his own experiences

“I found that was the lane I wanted to explore, so my next project, Chiqui, is about my mother,” he continues. “It’s about 95% accurate to their story, coming from Colombia to the US, so making personal work or work about people I know and am familiar with is the thing I’m exploring now.”

However, in the specificity of Chiqui lies universal themes belonging to the experiences of immigrants that Cardona also wanted to explore, particularly having grown up in US at a time when Colombia was characterised by the exploits of drug lord Pablo Escobar.

“With Chiqui, it’s a little more universal. It’s a human story,” he says. “People across cultures I’ve shown the film to have been like, ‘Oh, this is my parents’ story.’ I showed it to someone from Albania and even though their circumstances were different, they said, ‘This is how my parents interacted, this is how their experience was and how I remember it being.’ Having a perspective that strays away from stereotypical stories is very important, not only for Colombian representation but immigrants in general, because I feel like a lot of people haven’t been able to relate to themselves or their experiences [on screen].”

Starring Brigitte Silva as Chiqui and Sebastián Beltran as Carlos, alongside Catherine French and Gregg Prosser, Chiqui is written by Cardona and his longtime collaborator, editor and executive producer Sophia de Baun, who gives his work “more clarity and perspective.” It is produced by One Love Picture Classics.

His mother, the real Chiqui, also helped Cardona write the Spanish dialogue after he found the first English draft didn’t translate as he had hoped, an experience that echoes the language barriers facing Chiqui and Carlos as they try to find work in the US. Cardona then asked his mother to help with sayings and words he remembered hearing as he was growing up. She also gave her approval to casting Silva in the title role.

“My mother loves the whole thing,” Cardona says. “She was excited even when I was just considering doing it. She loved Brigitte, she thought she was just a fantastic actor and also that it was an accurate portrayal. They’re different people but she’s like, ‘Yes, I love the way she played it outside of it being my story.’”

With a soundtrack featuring Jeanette’s classic Spanish pop ballad El Muchacho de los ojos tristes, Chiqui was recorded on 16mm film to reflect the technology of the period in which the story is set, while also giving the final episode a textured appearance.

“It was important for me and my cinematographer, Rand Rosenberg, to really stick to shooting on film,” Cardona says. “Even though we’ve come a long way with digital cinema technology, it doesn’t compare to shooting on film. That was a really important decision to keep it period and keep it faithful to that time.”

The filmmaker also describes himself as an actor’s director, concentrating on performance while leaving Rosenberg in control of the visual aspects of shooting. The focus on performance was particularly important in Chiqui, with the lead characters portraying the director’s real parents, but Cardona wasn’t looking for impressions of the real Chiqui and Carlos.

“Sometimes directors or filmmakers who are making something about people they know can become very sentimental or precious and then you forget that this person is not your actual mother, it’s not the person you know,” he explains. “This is a performer doing an interpretation of what they think the character is. With Brigitte, even before we discussed this project she embodied a very similar spirit to my mother. I like to not get too tied down with, ‘Oh that’s not how she sounds,’ or ‘That’s not what she would do.’ I really trusted the actors to respect the personalities they’re playing but also bring their own art, craft and experience to the table.”

Filmed over the course of three weekends, the majority of Chiqui was shot in Long Island, at Cardona’s parents’ house where they currently live in Southampton, and also in the exact room of the Montauk motel where his parents first stayed.

“It was very apropos and poetic to be there and be shooting in the same spot where these things happened in the past in real life,” Cardona says. But recreating the 1980s New York on a limited budget – and during the Covid-19 pandemic – was not without its challenges.

“We shot in September and October 2020, so this was in the midst of the pandemic, before the vaccines,” he says. “It was a very precarious time. Recreating the 80s, we had a wonderful art director, Ana Novacic, and her assistant who were really resourceful, especially during that time. Prop houses had closed in New York City so it was difficult to find a lot of things. Other than that, there were people in masks and having to work in that environment, it’s such an intimate process. It was really hard to respect the safety protocols and try to social distance. It was a learning curve to make a film with these parameters. Luckily no one got Covid, no-one got sick. It was kind of a miracle we got it done.”

With hopes that Chiqui could become the next series commissioned by a broadcaster or streaming platform, at the very least Cardona is hopeful that his parents’ story can be seen around the world.

“Carlos and Chiqui’s story is a very human story. It’s a very universal story,” he says. “It is about them coming from a different country and assimilating, but a lot of the experiences and a lot of the anxieties and existential decisions and things they went through are things a lot of people can relate to. It is just a human story anyone can attach themselves to.”