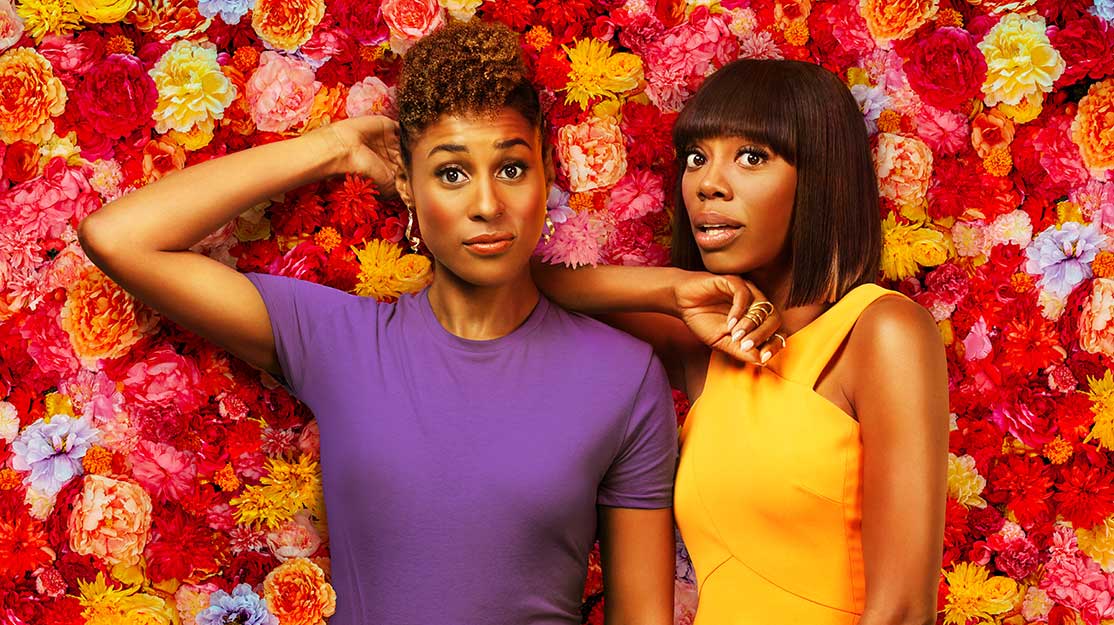 Between Issa Rae Productions and Color Creative, producer Deniese Davis is backing a diverse slate of series while championing underrepresented writers. She tells DQ about her approach to finding new talent in a business that she compares to the Wild West.

The explosion of television drama and the demand for fresh ideas and exciting new voices means Deniese Davis is extremely busy. Not only is she a producer for Issa Rae Productions, with shows such as HBO’s Insecure on its books, but Davis is also chief operating officer at Color Creative, a firm set up with Rae to promote female and minority writers.

“I go back and forth,” she says of working for the two companies. “We have had so much business with Color Creative in the last year that it took up 70% of my time. That involves everything from the projects on our plate and shows we’re taking out to pitch to ideas we’ve sold and furthering different initiatives and partnerships that we have around town with other studios and production companies.

“I feel like I’m running a start-up in the way we operate, but it’s great. We’ve been able to do a lot. We’re not a traditional production company where all we do is call our agents, get a writer, hear a pitch and sell it. We really do a lot of the legwork and try to identify new voices who are exciting to us and either bring them onto our shows or sell or develop their shows.”

At Issa Rae Productions, Davis has worked on web series The Misadventures of Awkward Black Girl and The Choir, as well as three seasons of Peabody Award winner Insecure, which stars Rae as a woman struggling to manage her professional and personal lives in LA.

In April the company entered production on fellow HBO programme A Black Lady Sketch Show, which stars and is exec produced by Robin Thede, while it’s also working with the premium cabler on miniseries The Dolls. Starring Rae and Laura Dern (Big Little Lies), the drama is inspired by the 1983 Christmas riots sparked by the demand for Cabbage Patch Dolls in two Arkansas towns.

One example is the Script to Screen competition in partnership with US cable channel BET, which received more than 2,000 submissions. BET agreed to a put-pilot deal – a commitment to producing a pilot – with the winner, April Blair’s Curves. The story follows three African Americans struggling to navigate life and the dating scene as plus-sized women living in Memphis. Davis is now looking for a showrunner to take the project forward.

“If we execute it and it goes to series, we’re excited to be able to prove this model can work, where you can find a faster and lower-cost way to test new projects from new writers,” she says. “If nothing else, even if it doesn’t sell, that writer has had the experience from start to finish to get them one step ahead from where they were. Anyone can develop a script, but most writers have never been through the process and never seen their project get made.”

Color Creative also partnered with Talos Films and UK distributor Sky Vision for the FreshWave contest, which sought pitches in the young-adult space. The winner was Katelyn Howes with Awoken. Set in the year 2123, the story centres on a woman who is resurrected by cryogenic preservation and must fight for the rights of others like her. A teaser trailer was subsequently produced.

Davis believes the industry is now more receptive to bringing in new writers than it was when Color Creative was first established five years ago, with networks across the broadcast and streaming spectrum keen to get involved with the boldest and edgiest new dramas in development.

“A lot of the traditional places are changing up their programming strategy in terms of multicultural storytelling and they want to bring in projects that traditionally their network isn’t known for,” the producer says. “I’ve had a lot of conversations and they all want their own Insecure, which we’re very flattered about, but I think Insecure’s such a special, one-of-a-kind show that we’re like, ‘Let’s talk about why it’s done so well and find that type of show for your network.’

“There is also a push to invest in a really great project, regardless of the writer or their background levels. The only challenge has been being able to pair a young writer or a new writer with a more experienced showrunner, because we’re dealing with the limitations of how many experienced showrunners are available. They’re either in an overall deal at a particular network or studio already, or they’re already working. They just need someone to help usher them in, in the same way someone like Prentice Penny did with Issa on Insecure, or Larry Wilmore before him. It’s really important to give that newer writer someone who can fully support them.”

When it comes to picking up new projects, both Issa Rae Productions and Color Creative are “story first,” but Davis notes that sometimes a writer’s reasons for wanting to tell a story are even more important than the story itself. “Even if it’s entertaining and we know there’s a hook, we still ask ourselves, ‘What’s the why?’ Why are we even interested in making this, beyond the fact it sounds like fun or it could make a lot of money? Intention in storytelling is more important than ever. Stories have to be as specific as possible yet, when you understand what those themes are, they become universally relatable regardless of the culture of the audience it’s intended for.”

The writer should also be the only person able to tell that particular story. “Having something to say usually comes from a personal place where they are really connected to the story for one reason or another,” Davis says. “When we see that passion and connection come through, it’s a better project, a better script. People are tired of seeing the same thing.”

Davis says the most exciting thing about the television business right now is the fact that white men are no longer the sole gatekeepers when it comes to stories getting told. “People want to see more perspectives and different voices,” she explains. “There’s more opportunity for success. That’s what I’m looking forward to as a company – trying to capitalise on the fact there are more options for content.”

However, although more projects are being picked up at the development stage, Davis hasn’t seen an increase in the number of shows being programmed – aside from the steady flow of content making it onto Netflix. “It does feel like it’s still the Wild West, where you really hope they make it,” she notes. “Netflix is probably the only place grinding out content, because they have a mandate to up their programming, whereas everyone else is slowly figuring it out. It’s great to sell a show, but the other side is wondering, ‘When are we going to make it?’”

Asked what advice she would offer aspiring writers, Davis says they should find their voice by writing as much as possible. “The second thing,” she continues, “is because of the time we’re living in, there are so many people who want to create their own content but still come to us and think they need us to create it for them. They just need to find other creatives who are as passionate about their project and make it together.

“Sometimes the great stories are told because they’re so organic and they’re told outside the Hollywood system,” she adds. “Usually, Hollywood then recognises [the writer] and brings them in to do more of it.”