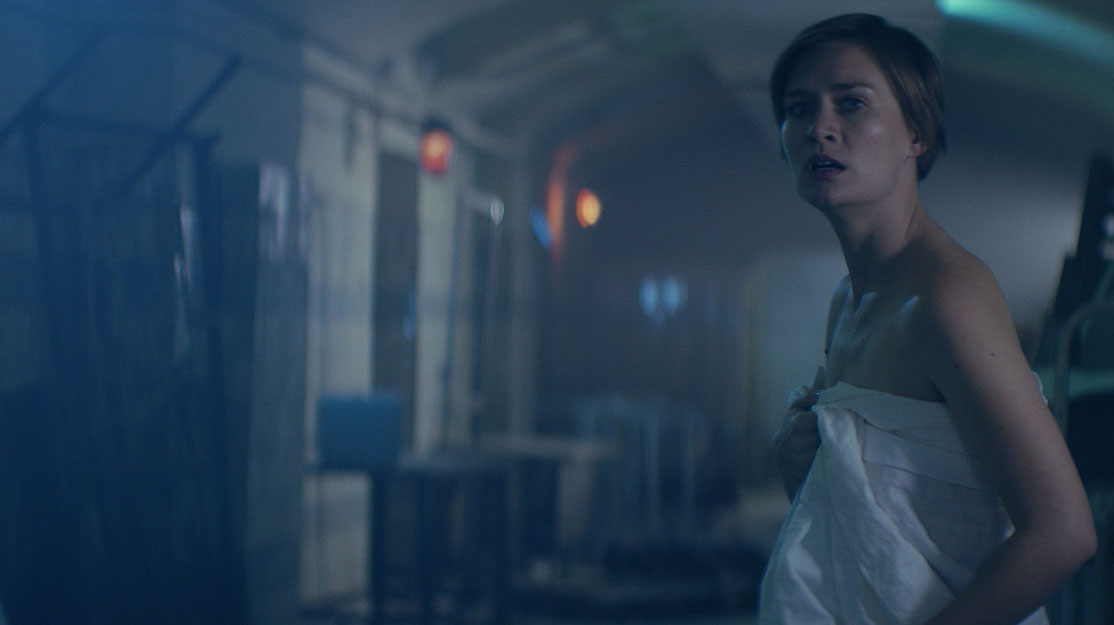 Sputnik Vostok Production’s general producer Alex Kessel introduces Russian drama The Counted and outlines a scene that pushed the cast to their limits in freezing temperatures.

The Counted is a 16-hour television drama for Russian streaming platform start.ru. It tells the story of two former lovers who find themselves trapped in a strange world after catching a deadly virus, and then wake up cured in a new land among weird people who worship an unknown god called Lapsi.

The story is set in a northern part of Russia named Karelia, which is located close to Finland. It’s a unique geographical location that is home to many mystical legends.

Shooting took place in winter because the story is set in a frozen place. But winter in Russia is not an advantage in itself, and the winter in Karelia is the last thing anyone would choose. The crew faced temperatures that reached minus 20-25 degrees celsius, and even colder at night. That’s why one of the most complicated scenes to shoot was one where a naked woman gets punished. The plot dictates that she is stripped naked in full view of the island’s weird community and is turned into slave. They call it ‘turning into morlok’ in the script.

Our viewers have already compared this highly dramatic act with Cersei’s ‘walk of shame’ punishment in Game of Thrones. They are right in that it has nudity in common, but keep in mind we were filming at night in temperatures of minus 30 degrees. We also made a silicone nape, as the punishment involved chaining her up using skin perforation. This was a big issue because we didn’t have time for many takes – otherwise we would literally freeze the actress, Irina Cherihenko.

The scene was extremely well planned and looked very much like a military operation. A few days before filming, Irina was asked to take a vitamin drink to improve her immune system. The shoot consisted of two takes for each shot, with everything drawn up on an elaborate storyboard. We did everything we could to ease the tense working conditions and Irina made the scene great. The whole crew was happy when the scene was shot.

However, we did face unexpected problems. The camera could not handle the frost, meaning some of the material was taped with mistakes and frames were lost. We didn’t lose the whole scene – thank Lapsi – but after losing some frames in each take, the video could not be played or edited properly. Thus we had to choose one of two options: either repeat the shoot and make Irina go through this extreme experience again, or put additional money into CGI and restore the recording manually. We took the second option, because we care about our cast. Irina suffered sincerely and this is what we needed for the dramatic look of the scene. We call it ‘turn the defect into effect’ in Russia. The cohesiveness of the filming crew made this mission possible – some things could never be repeated.

The whole plot centres on a test: our characters test their ability to be rational when they are asked to believe in the impossible. They face facts that can hardly be explained and are more mysterious than death itself. Irina said her experience was ecstatic, describing it as a quite religious trip — a trip through Russia’s endless miles, plot-wise, and a trip inside herself as an actor.

Many topics are covered in the show – faith and fact, science and religion, freedom and captivity, man and woman, the choices we make. Filming the punishment scene on a dark winter night did much for the storytelling and our producer’s vision. And the viewers got the chance to watch the act, which was directed and shot with maximum naturalness.

The series was highly acclaimed by local and international audiences, and now we think it is the right moment to say many thanks and much respect to Irina for taking on the challenge. The Counted would never have been the same without this scene.