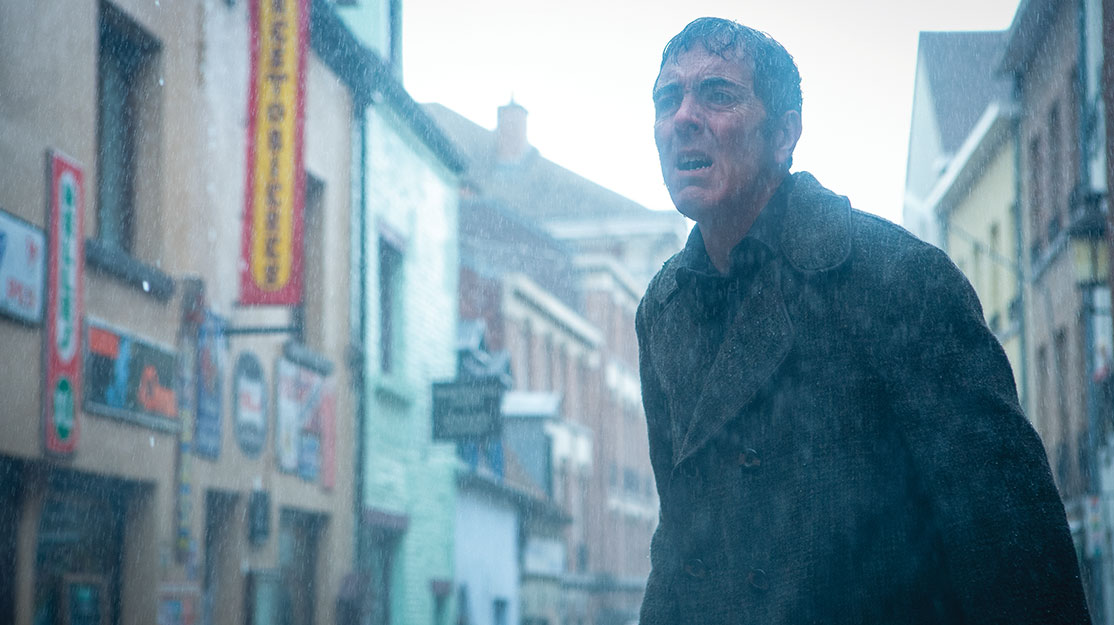 With the popularity of TV drama showing no sign of waning, the role of the television drama director is rapidly evolving. Three of the industry’s finest give their perspective on the changing nature of their work.

Film directors? You could name a few: Scorsese, Spielberg and Coppola just for starters. The motion picture has long been a medium that belongs to the director, with audiences finding it more difficult to reel off the names of their television counterparts. Viewers may be drawn to their favourite actor or broadcaster, but small-screen directors rarely get the same credit.

But now the lines are blurring. TV dramas worldwide – not just from the UK or US – increasingly have production values comparable to motion pictures, while talent is now regularly hopping from film to TV. And TV directors are feeling the change.

“The movies I’ve made for the most part, the ones I enjoyed, have been in the indie sector. It feels like these stories are now migrating from the cinema and into TV. I would say television is now the new indie movie.”

Tom Shankland, director of the BBC’s 2014 thriller The Missing (pictured top), starring Cold Feet actor James Nesbitt, echoes this view. Shankland, who also directed Ripper Street, maintains the TV director now has more influence over the shape of a programme than ever before.

“The director’s role is becoming increasingly important as the challenge to be more creative increases,” he says. “There’s so much good TV out there at the moment. Audiences still like to tune in to the actors they love, but if directors add their own style to a show, particularly in the world of drama, they are going to break new ground.”

Describing his TV work in terms that would be unthinkable a few decades ago, Scandinavian director Simon Kaijser, currently working on forthcoming BBC period drama Life in Squares, says he “likes to be subjective.”

“I hate the camera having what I call a ‘sixth sense,’” he adds. “If the camera arrives at a specific position at the perfect time, I feel like the camera knows it’s going to happen and that’s wrong.

“When doing a scene, I try to focus on something that’s going on somewhere else. You don’t always remember the person talking, so why not focus on the person on the other side of the street getting dressed?

“I always like to do a lot of pans to give a sense of stuff that’s played out in front of you – it gives an unrehearsed feel. But it’s funny how rehearsed it can actually be to give it this look.”

Tucker’s period drama Indian Summers, set in the final years of British colonial rule in India, was commissioned by C4 in 2013. Produced by New Pictures – the company’s first pick-up from C4 – it is a coproduction with US pubcaster PBS, and will air in 2015 as part of its Masterpiece strand. Paul Rutman (Vera) is the writer, with Rebecca Eaton executive producing for PBS-owned WGBH in the US, along with Charlie Pattinson and Simon Curtis.

The project is not typical for C4, with period pieces in the UK usually featuring on the BBC or ITV. And with this in mind, Tucker was determined not to make another version of iconic 1980s ITV drama The Jewel in the Crown (1984), which also chronicled the final days of the British Raj in India. If that wasn’t pressure enough, The Jewel in the Crown is often regarded as one of the greatest TV series to grace the UK’s small screen.

“Indian Summers is political and personal, and frankly the idea of doing something of this scale on television was really exciting,” Tucker says. “I remember watching Jewel In The Crown and thinking it was one of the best things ever. It felt that if we could get this right it could be something on that scale; something that’s fun to watch on a really wet and miserable night in February.

“But you can’t just go and do The Jewel in the Crown II. It’s 2014 and everything’s changed, so the challenge is how you reinvent a period drama while still being true to all the things that make period drama great; like beautiful young people in gorgeous flowing dresses, and tea at four o’clock.”

Tucker achieves his vision by bringing a modernity to his shooting style. For several scenes, he used a MoviCAM, the steadicam that allows filmmakers to move around with dignity. “It allows you to achieve those lyrical, elegant flowing shots you’d expect to see in a costume drama,” he explains.

Indian Summers was shot in Malaysia, a burgeoning production territory that recently saw the opening of the Pinewood Iskander Malaysia Studios. The studio is where Netflix shot its epic period drama Marco Polo – touted as one of the most expensive TV shows ever made – and Tucker, who himself was brought up in South East Asia, now believes the country has a lot to offer TV drama producers.

“Malaysia is trying to become the South Africa of the Far East, as it’s instigated a very aggressive tax credit,” he says. “We had to recreate 1930s India and the Raj in the country. It was challenging, but in Penang we had the essence of English colonial rule.

“My job in setting up the show was also about creating the infrastructure. The most any local crews had done were a couple of movies or commercials, so it was also about training them to manage a 160 or 170-day shoot. The tricky thing was how to balance bringing a British crew over while also empowering the Asian operation.”

Only time will tell whether Indian Summers will receive the same critical acclaim as The Jewel in the Crown, but the extraordinary amount of work poured in to the project is not being understated.

Another drama pushing the genre forward is BBC1’s The Missing, which ended its eight-episode run in December to rave reviews in the UK. Unsurprisingly, writers Jack and Harry Williams are already in talks for a second season.

One of director Tom Shankland’s biggest challenges was to direct the entire thriller, after producers opted not to follow the norm of choosing different directors to work on individual episodes. “Initially, it started as this practical challenge because the scripts were split 50/50 between 2006 and 2014,” he says. “One half of the drama was set in winter, while the other was in summer during the Football World Cup. We were lucky to have a great schedule where we could film summer in summer and winter in winter and then go to the cutting room.

“So it was suggested that I’d do all of the episodes. As we were quite ahead of the game with strong scripts, and readings had been done ahead of the initial preparations, it was great for a director to get in early on all of that. I was a bit wary doing a 101-day shoot, although because it was one long linear story broken into different time zones, it was a fantastic opportunity to do what was essentially an incredibly long film.”

Shankland’s vision for The Missing was always a naturalistic one, exemplified by the fact he didn’t want to make the cuts between 2006 and 2014 too obvious.

“I wanted to make the audience pay a little bit of attention to when these transitions were happening on-screen. So we tried to make the switches as authentic as possible,” he explains. “We played a tiny little game with the camera where we used slightly older lenses for the past to give a little bit more warmth and softness, but nothing too extreme. Then it was just a case of waiting for good weather in June and shit weather in January while Jimmy Nesbitt got soaked, and hoping that he could stand a lot of rain and water, which he did.”

For Simon Kaijser, who filmed three-part BBC drama Life in Squares on location in London and east Sussex, the role of the global TV director has now changed as audiences start to embrace dramas from other territories.

“The success of Scandinavian drama has given Scandi producers, directors and writers more confidence to do bolder stuff,” he says. Kaiser previously directed Swedish broadcaster SVT’s three-part drama Don’t Ever Wipe Tears Without Gloves. “The Scandinavian industry has more confidence than it did 10 years ago; it started with the Danes, but now Sweden is catching up on longer runs.”

Wherever a drama is made, the challenges remain the same, whether this is dealing with a tight shooting schedule, small budgets or bad weather to put them behind schedule. But isn’t that all part of the fun?

Shankland thinks so, and highlights a particular car chase scene (normally a big-budget proposition even in a feature film) as an example of how to literally cut corners in TV drama direction. “I felt very happy that we took a classic genre and did something a bit special without having to do a low-budget-level Hollywood car chase, which is always doomed to failure,” he says.

“When you have the challenge of creating a compelling action scene in TV, as I know from Ripper Street, you can think ‘oh God, how am I going to fit this in a 101-day schedule for the whole series?’ We decided we just couldn’t do the Fast and the Furious version. And we could barely do the first 10 seconds of the French Connection version.”

Instead, Shankland’s team had a eureka moment when they decided “not to take the chase outside of the car.”

“Because we were more of a character-based thriller, we decided to be subjective and just stay in the car, seeking a tiny bit of help from our friends in post production,” he explains.

“We managed to get this very expensive bit of kit – a giant pod you put the actor in. We took over a tiny village in Belgium and divided it up into sections. On the rest of the set we filmed the crash, and then we put the scenes together.

“We ended up with something we were happy with. It put a lot of pressure on the sound guys. The mixer, for instance, wasn’t quite happy with the we track laid so he went off and filmed himself thrashing around in a car – it was fantastic. We then built up the layers of sound.”

Overcoming these kinds of challenges is part and parcel of a TV director’s daily job. Pieced together, they can make an extremely convincing bit of work. As Tucker says, the “world is changing” and it now seems there’s far more flexibility both in method and style.

The small-screen director is no longer working in the shadow of his silver-screen counterpart. Soon it might be the other way around. It’s definitely the case that many directors now see the opportunity to make a film in eight one-hour episodes as very appealing.