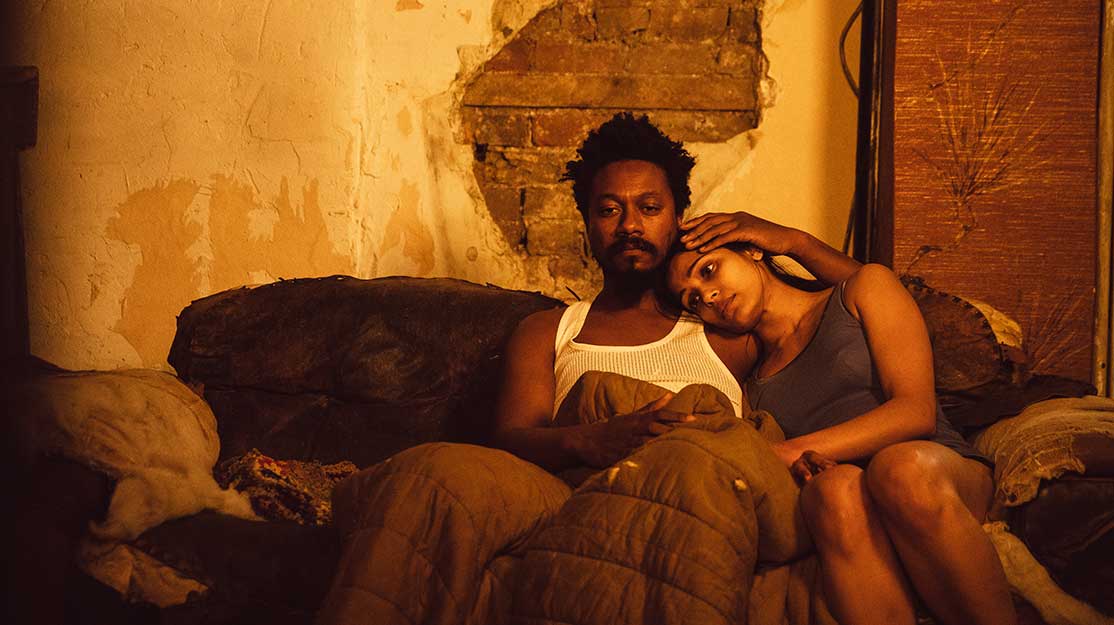 It was before 12 Years a Slave, the film that earned him a screenwriting Oscar, that John Ridley began to sow the seeds of a story that would become Guerrilla – an examination of race relations in 1970s London.

Ridley had met Patrick Spence, MD of producer Fifty Fathoms, while he was in the UK capital editing Jimi Hendrix biopic Jimi: All Is by My Side (2013) and as they talked, Ridley’s story about the black movement was transplanted from the US to the UK.

Researchers uncovered information about the Black Power Desk inside the Metropolitan Police in the 70s and suddenly Ridley had something to build a story around. Then the project took a backseat, as Ridley won his Academy Award and partnered with ABC Studios to produce the acclaimed American Crime for ABC.

Such was Ridley’s limited availability that it was five years after those first discussions that Guerrilla finally came to air on Sky Atlantic and Showtime this April. The show was produced by Fifty Fathoms and ABC Signature, and is distributed by Endemol Shine International.

“First and foremost, it was the story we fell for – a love story set during a time of revolution and in a time in the 1970s when you had hope. As a young person, you felt like you could effect change,” says Katie Swinden, executive producer and co-MD of Fifty Fathoms. “That was very seductive to us, just in terms of storytelling. But Patrick and I are both Londoners born and bred and I didn’t know anything about this. So it was slightly shaming, and it’s a part of history we should talk about.”

Guerrilla is described as a love story set against the backdrop of one of the most politically explosive times in UK history. The plot sees Jas (played by Freida Pinto) and Marcus (Babou Ceesay) finding their relationship and values put to the test after they liberate a political prisoner and form a radical underground cell in 1970s London. Their ultimate target becomes the Black Power Desk, a true-life, secretive counterintelligence unit within the Met’s Special Branch dedicated to crushing all forms of black activism.

With Ridley attached to write and direct most episodes, it was unsurprising that the series was able to attract a starry array of British talent.

But how did casting director Shaheen Baig, who had worked with Swinden previously on Marvellous and Peaky Blinders, begin to piece together the cast that would lead this emotion-packed drama?

“It’s always about script, the people involved, the director and the producers,” she explains. “It has to be. You start with the script first and see the people who are already involved. Early on, we all had a strong sense of what the show wanted to be, and everyone was on the same page about that. The scripts were really vivid, and the more vivid the script, the more detailed the characters and the easier my job is. If each character is really well drawn, it points me in the right direction.”

Baig began with the main ensemble of characters and worked from there, breaking down the characters, discussing ideas and auditioning several actors for those central roles.

“We saw a lot of actors for Marcus and Jas,” she recalls. “There were lots of different ways you could have played the couple. Then we just started to pick the strongest reads and what felt natural. There was something really exciting about Babou and Freida. Babou is such a quiet, detailed actor and there’s something about watching an actor like that. Maybe he’s a new face for many people who will develop and grow over the series, and I thought that was really exciting.”

Ridley’s dislike of scenes with large numbers of extras and his desire to have ‘actors’ in every role meant Baig was casting right to the end, picking out people to play supporting parts throughout filming.

“Pretty much across the board, John wanted actors, even if they were supporting roles – so we were asked to cast ‘Man in stairwell,’” she continues. “It’s about casting interesting characters because when you watch it, you can see these moments where it lands because the actor was really vivid. There were a lot of really tiny moments where he wanted actors.”

One actor already heavily involved behind the scenes was Luther star Idris Elba, who was an executive producer on Guerrilla through his company Green Door Pictures. It wasn’t until much later, however, that he took his involvement in front of the camera as well.

“As John was an American writing a British story, we all felt we needed a producer who could make sure it felt authentic and truthful, and Idris was absolutely the right fit,” Swinden says. “We sat down and talked it through, he met with John, so he came on as an exec producer. But then, of course, it’s hard not to go, ‘Is there a role for him?’

“He and John found a role that inspired both of them. That’s how the casting came about, but we had a really tiny window between a couple of movies where [Elba] could come back over [to the UK], and we worked him into the ground for seven days! Nobody ever wanted to cast him as the lead. It always felt like the story was about two young people concentrating on their relationship and what they stand for in the world. As much as we love Idris, casting from the beginning wasn’t towards him and we would have had to twist the show quite substantially to make it one he could have been a lead in.”

Once the majority of the casting was in place, Ridley led mini read-throughs from six weeks before filming began so whoever had been cast would come together to read the script, allowing him to edit it as he felt necessary.

“That was an incredibly helpful process for the cast but also for John in that he was constantly rewriting as he went,” Swinden says. “That was the real joy of having a director, writer and creator in one person – he was constantly listening to feedback and absorbing, tweaking and polishing it the whole time.”

The desire to secure such a talented cast, however, led to a challenging shooting schedule as the production team attempted to align actors’ schedules.

“Rory Kinnear was amazing because he was shooting during the day and then at night he was on stage at the National Opera,” Swinden adds. “It was extraordinary. There was lots of that going on. But the biggest challenge was how to find down-and-dirty 1970s London in gentrified London. There’s not many pockets left. We mostly filmed on the outer edges of Hackney [in east London] and a little in south London, but we moved a lot.”

For Baig, who is also casting Channel 4/Amazon anthology series Philip K Dick’s Electric Dreams and Elba-led feature film Yardie, the process stays the same across both films and TV series, though the number of small-screen dramas currently in production means the demand for actors is increasingly fierce.

“The television industry at the moment is so healthy, it’s sort of overflowing because you’ve got so many different outlets and there’s a huge amount being made,” she notes. “Film is still tough. It’s a hard climate unless you’ve got one of the five actors who greenlight films.

“Television is very competitive. I’ve never known quite so many scripts around. It’s bonkers – good but very busy.”