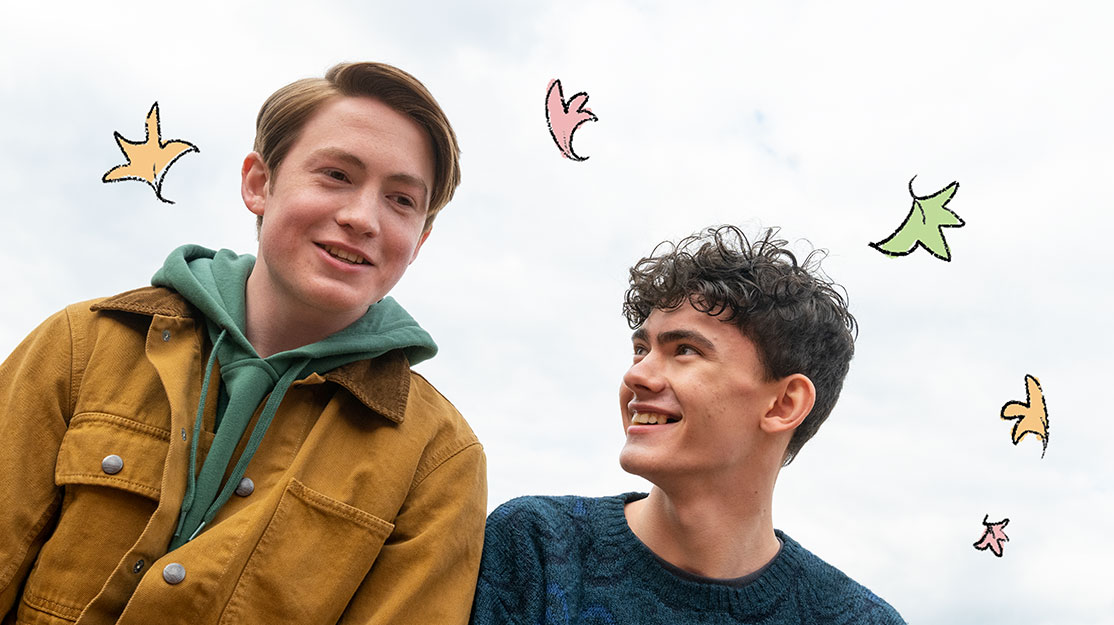 Award-winning casting director Daniel Edwards breaks down his work on Netflix phenomenon Heartstopper and talks about authentic representation and the ‘forgotten’ art of on-screen chemistry.

Having originally broken into television as an actor, Daniel Edwards is now best known for his work behind the camera on assembling the casts of shows such as Born to Kill, The Innocents, Responsible Child and Showtrial.

In the past year alone, Edwards has worked on titles including Then Barbara met Alan, DI Ray and Grace, while his work on Netflix hit Heartstopper earned him the casting prizes this month at both the RTS Craft & Design Awards in the UK and at the Children’s and Family Emmys in LA.

“I take projects that excite me, that I know I can be good for and also that I can handle, because I don’t want to be a casting director who’s spreading themselves so thin that they’re not engaged with each project,” Edwards tells DQ. Last summer, the pandemic-induced backlog in production meant Edwards and his team were “absolutely on our knees” across nine different projects.

“But I’m privileged to have been really busy,” he continues. “Like everybody else, the pandemic came, everybody stopped, I stopped. All the shows I was on stopped. Then the government insurance funding came into play, so everything started again. We’ve been really busy since the early summer of 2020. We haven’t stopped.”

He enjoys taking on a mix of projects that range from new and returning series to those such as Grace that add guest stars to a core group of recurring actors. “It’s always great when you start a show because that’s the hardest part, locking these characters in with the hope that [the series] will run,” he says. “In future seasons, some would say it’s easier because the pressure is off to find that core and you are creating a world around those people, around the tone and the energy those actors have bought to those characters.”

When it came to Heartstopper, “that was an insane – and then exhilarating – first season and it’s paying off enormously,” Edwards continues. Returning for S2, “you still have to deliver but it’s more exciting. The pressure is off and you’re able to just be a little bit more creative and bring in new, exciting people. We get emails every single day from around the world, from teenagers and young people and older people – and huge celebrities wanting to have cameos.”

Created by showrunner Alice Oseman and based on her own webcomics of the same name, Heartstopper is the story of teenagers Charlie (Joe Locke) and Nick (Kit Connor), who meet at secondary school and discover their unlikely friendship is blossoming into an unexpected romance. The pair and their circle of friends – Tao (William Gao), Elle (Yasmin Finney), Tara (Corinna Brown) and Darcy (Kizzy Edgell) – then embark on a journey of self-discovery and acceptance as they find their true selves.

Since its launch on Netflix in April, the show has become a smash hit around the world, particularly among the LGTBQ+ community, who have resonated with storylines relating to a group of teenagers discovering and coming to terms with their sexuality.

As for the cast, many of the show’s actors have become global stars. Notably, Locke is now joining the Marvel Cinematic Universe with a role in upcoming series Agatha: Coven of Chaos, while Finney, a transgender actress who plays trans character Elle, is set to join the cast of Doctor Who next year.

When Heartstopper was first greenlit by the streamer, Edwards – a former child actor himself – was recommended to cast the show thanks to his reputation for discovering young actors. After reading the comics for the first time, he went in for a meeting with Oseman and executive producer Patrick Walters.

“I was completely hooked [on the comics], so when I went for my meeting, I had a real understanding of what was required,” he says. “It’s come out a lot since the show has dropped that it’s affected a lot of gay men and women, a lot of people from the queer community, as well as people who are allies, about their experiences and what they were missing in their own experiences from school.

“There’s a whole narrative with older gay men in particular, who felt this paradoxical absolute joy and love and elation that something like this was out there, mixed with genuine sorrow and mourning for their own personal childhood and how much easier it would have been had something like Heartstopper been in the public domain at the time.”

During the casting process, many of the young auditioners shared their own stories with Edwards, who used conventional casting routes as well as wide searches across social media platforms to uncover the stars of the show.

“This is a world [built around the comics] that was formed on social media, and it was imperative not only that the fans knew we were making it and doing it correctly, but also that we are reaching out to young people within the queer community who may not be open and out but will want to be part of this or have an opportunity to audition,” he says. “But after you go out on social media comes the enormity of the wave. The number of submissions crashed my website four times.”

In the end, Edwards and his team received more than 10,000 casting submissions, with 6,000 self-taped auditions posted in the middle of the pandemic. As Heartstopper was set to be a uniquely British show, they also had to manage the expectations of numerous applicants from the US, Australia and other corners of the globe.

People aged 40 and over applied for the central roles of teenagers Charlie and Nick, while some “horrific” entries came from cis actors applying for the role of Elle. “We did have inappropriate submissions. We had quite a few cis actors who said, ‘But I can wear a dress to play Elle.’ In season two, when we were looking for a wheelchair user, someone said, ‘I’m not disabled, but I could use a wheelchair.’ That’s coming from a 15-year-old. You can’t admonish them, but you need to educate them that it’s inappropriate to say things like that. So we had the pressure of being a social worker as well as a casting director and trying to manage that.”

Authentic casting has become a priority for TV series in recent years, with Heartstopper a key example of hiring actors who reflect their on-screen characters. Edwards believes there are two sides to the conversation, which he admits is a “political minefield that splits not only our industry but also the queer community.”

“Joe Locke is an openly gay young teenager. Yasmin Finney is a trans woman. So to have representation in terms of gay actors playing gay, trans actors playing trans, that helps the narrative outside of the series by showing that young people from the queer community can be successful, that they can be happy and confident in themselves,” he explains. “Young gay people can become actors, young trans actors and actresses can become successful actors. That is really important.

“But do I believe only gay people can play gay characters? No, it is about being a fantastic actor. But with some stories in particular, like It’s A Sin, like Heartstopper, that narrative needs to be told by people who have lived that experience. A 14- or 15-year-old young gay boy’s experience in school and his sense of self and his passion for life [in Heartstopper], that could only ever be played by a young man who has lived that experience. When it comes to trans roles, however, I do stand my ground. Trans roles should only be played by trans actors, and what something like Heartstopper is doing is opening up the industry to young trans performers.”

The industry’s responsibility now, Edwards says, is to make stars of queer actors, disabled actors and those from poorer socioeconomic backgrounds so that, over the next decade, there will be actors from a range of different backgrounds who can sell shows around the world.

“Joe Locke, Kit Connor and Yasmin Finney are becoming those people,” he says. “We have a responsibility for a little bit of positive discrimination to find those stars from those communities, get them in shows like Heartstopper and make that show successful. Then that will help change the narrative later on.”

While there’s no doubt the cast of Heartstopper have become stars in their own right, it’s also their shared chemistry on screen that makes the series so popular, so much so that Netflix placed back-to-back orders for second and third seasons. S2 has now wrapped production and is expected to air in 2023, with new cast members including newcomers Bel Priestley and Ash Self as Elle’s friends Naomi and Felix, and Thibault De Montalembert (Call My Agent) as Nick’s father Stephane.

Making sure those acting partnerships work is a “forgotten part of our job,” Edwards says. But when it works, “there’s a real sense of achievement because you know your instincts and your gut were right.”

Connor was the first person to be cast on Heartstopper, followed by Brown. They completed some chemistry tests together before a read-through with the main seven-strong ensemble – but with two actors in the running to play Charlie before Locke was eventually chosen.

“I have a photograph of the final seven, even though we hadn’t offered them [the roles] at that point,” Edwards says. “It was a snapshot of the coming together of our team. That chemistry was undeniable. Patrick, Alice, Eros [Lyn, director], Zorana [Piggott, producer] and myself, we were all buzzing. We were almost shaking with excitement that actually, ‘Oh my God, this is going to be something. There’s something magical here.’ Chemistry is absolutely key.”