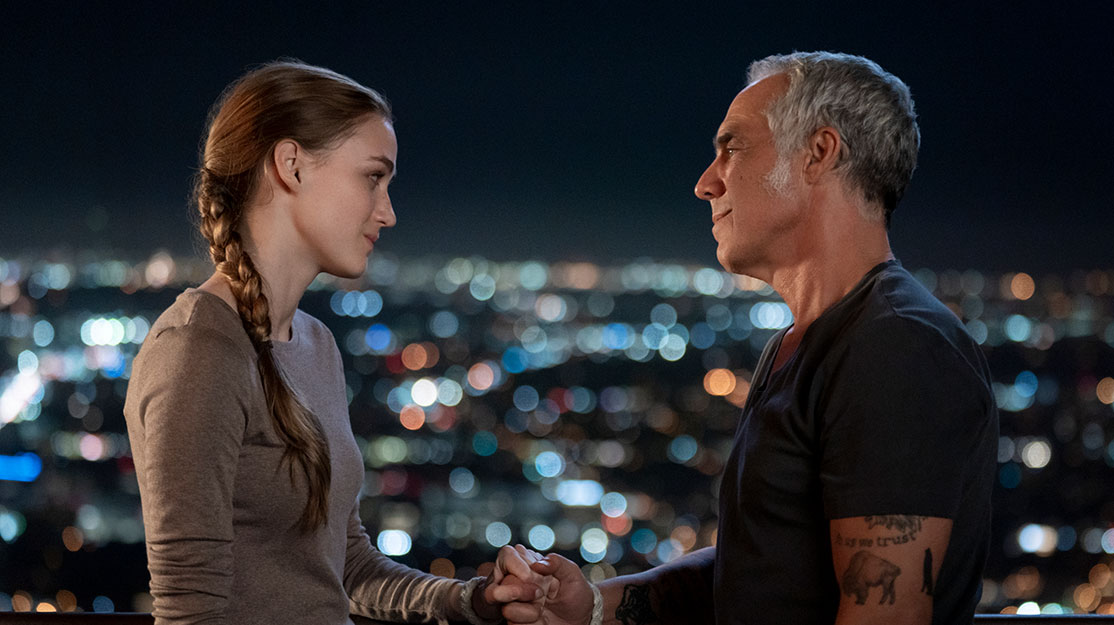 Michael Connelly, author of the Bosch and Lincoln Lawyer book series, tells DQ about how the dramas based on both have affected by the coronavirus outbreak and his hopes for the final season of Bosch.

As one of Amazon Prime Video’s first original series, detective drama Bosch laid the foundations for the retail giant’s streaming service when it first launched in 2014. Now, six years later, work is underway to bring the show to an end after it was renewed for a seventh and final season.

For Michael Connelly, the author of the book series on which the series is based, it’s a bittersweet moment. Because just as Bosch comes to an end, he is also collaborating on a new series based on another of his book series, The Lincoln Lawyer.

Because of the coronavirus pandemic that has swept across the world, however, both shows are now on hold.

“On Bosch, we had been meeting daily [to discuss season seven]. Just a couple of weeks ago, we reached this point where everyone had to start writing the first set of episodes,” Connelly tells DQ from his home in LA. “Meetings together in the writing room had just started to taper off and we were having one meeting a week when all this came down. Writers were already writing their episodes and separating themselves, so it was quite easy to say, ‘Let’s work from home and communicate electronically,’ mostly by emails.

“So it hasn’t been a huge disruption on Bosch, yet. Our goal was to get the episodes written by the end of May, and that could still happen. Then we’ll have these scripts and not know when we can shoot them. The production wasn’t scheduled until the end of July, so hopefully things work out. But as with anyone in any job anywhere, it’s a waiting game to see what happens.”

Season seven will continue the story of LA detective Harry Bosch, played by Titus Welliver and drawing on novels The Concrete Blonde and The Burning Room, as Bosch and Jerry Edgar (The Wire’s Jamie Hector) pursue two separate perilous investigations that take them to the highest echelons of white-collar crime and the deadly depths of the street-level drug trade. Season six, once again produced by Fabrik Entertainment and distributed by Red Arrow Studios International, launches on April 17.

Meanwhile, the pilot for legal thriller The Lincoln Lawyer had been due to begin shooting on March 16, but was pulled due to safety concerns. Coming nine years after a film adaptation of Connelly’s book of the same name fronted by Matthew McConaughey, the series is about Mickey Haller, an iconoclastic idealist who runs his law practice from the back of his Lincoln Town Car as he takes on cases big and small across LA.

“I’ve been spending most of the start of this year in two writing rooms, going to Bosch in the morning and Lincoln Lawyer in the afternoon, and both are now shut down,” Connelly says. “Hopefully, when the world gets well and we get past this, we’ll start again. Right now, nothing’s happening there. Probably in two or three weeks, we’ll reconstitute that writing room unless things go wrong in the world. But still, it’s a TV show. There are levels of seriousness you have to think about. I’m not sure what will happen, but that’s where it was left.”

Connelly describes LA as a microcosm of the world, with all variety of viewpoints about the pandemic. “Some people think it’s not as bad as it seems to be in the media. Others think we should be doing more and sheltering at home. It’s all over the place and it just adds up to a lot of apprehension about what our world’s going to be like in a week, a month, a year,” he says.

“That makes it tough to even concentrate. We’re writing entertainment. How serious should we be about it? That affects me as a writer. Should we be incorporating what’s going on into the show or into my books? I’m constantly thinking about that. There’s a lot of intrusion of seriousness into this life of fiction.”

Regardless, work is still progressing on the final season of Bosch, with Connelly exchanging scripts and notes with the other writers over email, which means it can be hard to replicate the openness of a writers room where they will be spitballing ideas. “You get excited about some stuff, less so about other things. It’s very hard to boil that down to an email,” he says. “Something is lost, so hopefully it won’t be too long before we’re back working together in person.”

But with the end of Bosch on the horizon, Connelly is relaxed about the show concluding. “Obviously it would be wonderful for it to go on for 25 years, both for creative and financial reasons. At the same time, I’m still writing about Bosch in the books, so I have not brought his story to a conclusion on the page. But I’m excited about the idea of writing a season that has a clear ending to the series,” he says.

“It’s going to be eight episodes that will sit on a streaming platform, hopefully forever, and I like the idea it’s not abruptly cut off. We will have written an ending, shot an ending and it will feel complete. There’s something good about that.”

Despite his recent moves into television, Connelly still considers himself a novelist first, with more than 20 Bosch books and five Haller novels published since 1992, as well as many others featuring different main characters. A new Haller novel is also in the works to coincide with the launch of The Lincoln Lawyer on TV.

His day job – and his prolific output – means he has been able to come and go from Bosch as he pleases, but says he has been involved as much as he can be. “I really enjoy it on all levels, particularly the creative camaraderie in the writers room,” he says. “We don’t lose many of our writers; most people have been there the whole time, so it’s a family situation and that expands to the crew and the actors. This will make it bittersweet when it’s all over, but it’s also made it a great ride for seven years. I have only good feelings about it and it resulted in some good TV being made.

“It’s a really good show; it’s a very good account of that kind of work, what it does to you and what you get out of it. These goals, I had for my books all along. And when I went into TV, I didn’t want to sacrifice those – and I don’t think we have at all. From my point of view, we’ve accomplished exactly what I hope would happen, so it’s a rare experience and I’m very thankful for it.”

The plan to adapt The Lincoln Lawyer came after Connelly heard of acclaimed showrunner David E Kelley (Ally McBeal, Big Little Eyes)’s interest in bringing the character to television, with 2008 novel The Brass Verdict set to form the basis for season one. Ted Humphrey (Wisdom of the Crowd) will showrun the series.

Haller is based on several lawyers Connelly has known since his days as a crime reporter, first in Florida and then for the LA Times. But the fact The Lincoln Lawyer will air on CBS, a broadcast network, rather than a streaming service such as Amazon won’t make any difference to the storytelling, he adds, pointing to CBS’s ambition to create a serialised story as opposed to having Haller solve a new case each week.

“We’re taking the book and doing very much what we do with Bosch – expanding the world over multiple episodes. In that regard, it’s very similar,” he explains. “We were just gearing up in the last month to start shooting, but the studio postponed everything. It’s very nascent in the arc compared to Bosch, so it’s hard to compare, but if you want to compare writing rooms, it’s very similar, with a goal of the accuracy that’s in the books and bringing that to the TV show. That’s a priority in the writing room and the scripts and outlines that have been produced so far.

“The books are entertainment but they also tell it like it is – the wobbly justice system they have here that has a lot of cracks. The stories get to those. It’s a very important series to me. On an authorial level, it’s amazing to me that the books have been successful, a successful movie and now, hopefully, we’ll get a successful TV series out of it. I constantly shake my head and think how lucky I am that I sat in a room for a year and wrote this book and all this has come from it.”

With the pilot now on hold amid the global shutdown over the coronavirus pandemic, the start of production on the full series in July also seems likely to be delayed. But with many people now on lockdown in their own homes, the need for new content has never been greater.

“What’s weird is right now, people need content as they’re in self-isolation,” Connelly concludes. “I have friends say all the time, ‘What is there to watch?’ Bosch is about to drop, it’s a great season. It will entertain people and keep their minds off what is going on in the world a little.

“After this is over, there might be the opposite effect because, when we get the all-clear, people will go outside and won’t be watching their TVs. There are a lot of questions, the main one is when we will be able to proceed with normal life again, and there’s no answer to that right now.”