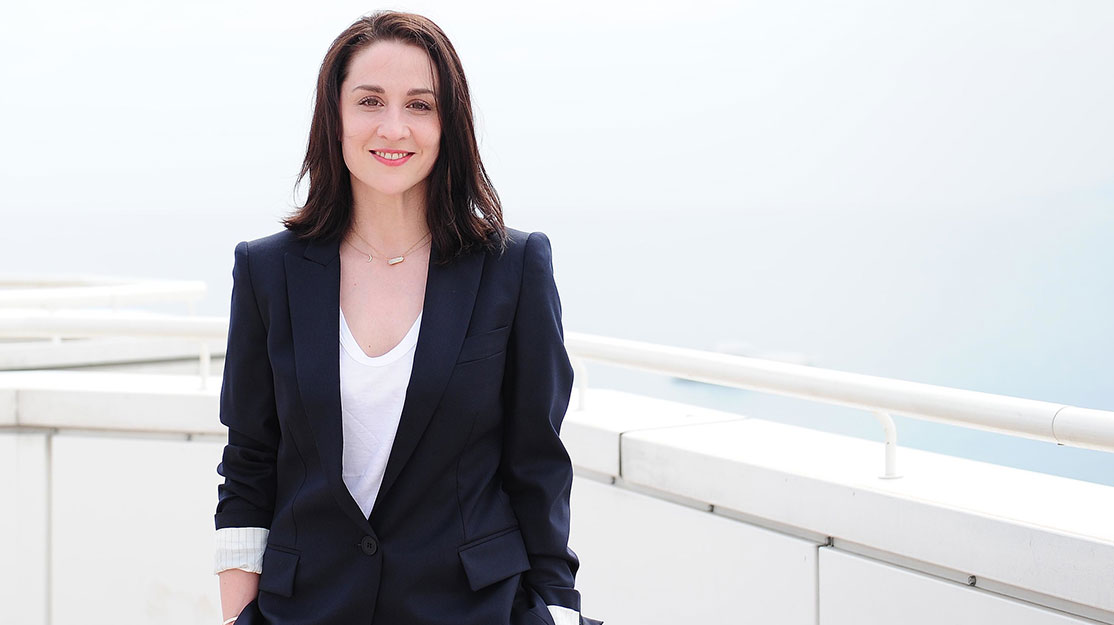 Writer Daragh Carville tells DQ about creating ITV crime drama The Bay, which was born out of his ambition to put a new twist on a familiar genre.

With filming now underway on six-part crime drama The Bay, don’t be surprised to see writer Daragh Carville hanging around the set. But rather than keeping an eye on how his scripts are being transformed for the cameras, he’ll be there just to admire how a television drama is actually made.

“I do like being involved in that side of things. I’m enough of a fanboy to find the nuts and bolts of what directors and actors do and the whole production process fascinating,” he says. “But, realistically, my priority has to be the scripts.”

Co-created with Richard Clark, The Bay follows DS Lisa Armstrong, a fierce and hardworking family liaison officer who is assigned to a missing persons case, supporting the family through a terrible ordeal while also helping the police investigation. But when she realises she is personally connected to the case, she discovers fighting for justice comes at a cost.

Ordeal by Innocence and The A Word star Morven Christie (pictured top) plays Lisa, with Jonas Armstrong, Tracie Bennett, Lindsey Coulson and Chanel Cresswell also among the cast. The series, due to air in 2019, is produced by Tall Story Pictures for UK broadcaster ITV, with ITV Studios Global Entertainment distributing worldwide.

Carville’s career has spanned theatre, film and television, with small-screen credits including supernatural drama Being Human, student-focused 6 Degrees and firefighter series The Smoke. While he still considers himself as a playwright, moving between the stage and screen, he believes there’s something particularly exciting happening currently in TV drama.

“It’s to do with the canvas we’ve got, which makes it very different from a theatre piece. Theatre is extraordinary – each new play has its own set of rules. It’s a wonderful place for metaphor and poetry,” he says. “But the opportunity to tell a story of multiple episodes over many years feels like an extraordinary thing. It makes it very different from the stage or movies. It’s its own unique art form.”

Key to any good drama is character, Carville continues. “The shows I respond to most have got really complex and detailed characters at their heart,” he says, highlighting series such as Breaking Bad. “Characters like Walter White, Jesse and Hank are just engines of story. They generate so much drama because of who they are. They’re people living with secrets and complications; characters that are driven. We understand why someone is doing something, even if what they are doing is mad, wrong, risky or dangerous.”

Genre is also important, with Carville revealing it’s often the topic of the first conversation you have in television. But the writer says a straightforward police procedural isn’t enough for him anymore, either as a writer or a viewer.

“I want to go home with those cops. I want to understand their families and lives and the impact of this crime on the community. I want to feel,” he says. “I don’t want to solve a puzzle as if doing a crossword. What I want is drama and to be moved and taken on a journey.”

Subsequently, The Bay was born out of Carville’s desire to put a new spin on the crime genre and take viewers on a new journey through the experience of a family liaison officer – a character often seen in the background but rarely heard in television dramas.

The spark came from a radio news item about the aftermath of a murder trial, in which the family of the victim made a statement outside the courthouse and specifically thanked the officer who provided them with support throughout their ordeal. It gave Carville the idea to write a crime drama with family firmly at its centre.

“That officer is at the cross point of a crime and family drama. Someone who, after the crime has affected the family, goes in and works with those people potentially day and night at the most emotional and traumatic time of their lives,” he says. “So there’s a multitude of stories there. But that’s just a job – I had to find out who she was. I just started to do the kind of work that writers do, sketching ideas and working out who that person could be and gradually discovering this character, Lisa Armstrong.”

The drama is made more personal to Carville by its setting in the northern English coastal town of Morecambe, with the series now in production there and in nearby Manchester. The writer lives in Lancaster, adjacent to Morecambe, and has long wanted to write something set in this place that is literally on the edge, a classic seaside town that has lost its identity as UK residents increasingly go abroad for their holidays.

“In reality, there’s a lot of poverty and deprivation, and yet it’s a very beautiful place. There are a lot of contrasts and contradictions at work,” he says. “There’s never been a show set in Morecambe; it’s unexplored territory for a TV drama. I wanted to write something set in the community I live in. So all of those things came together to generate this show.”

There’s also the sense that Carville wanted to firmly root his drama in reality, akin to shows from writers he admires such as Russel T Davies, Jimmy McGovern, Sally Wainwright or Lucy Kirkwood.

“Even in a genre series, what I’m interested in is not what a person would do in a cop show but what is happening to them in real life. You’re constantly measuring the story against lived experience. That’s true of language as well – it’s important to have dialogue that has a music to it, that rhythmic and is fun to say and listen to so that it feels real.”

That drama is currently enjoying a new golden age is not in doubt, with the likes of HBO, AMC and other US networks bringing some all-time-great series to the screen over the past few years. But Carville is also keen to recognise the outstanding work being done in the UK.

“Not enough people also acknowledge that there is brilliant work happening in British TV,” he says. “I would say Happy Valley and Line of Duty are the equal of any of those great HBO shows in terms of their narrative drive, their richness and complexity of character. They’re right up there, they’re absolutely brilliant, and those are just two examples. A Very English Scandal was an absolutely brilliant piece that couldn’t exist anywhere else.”