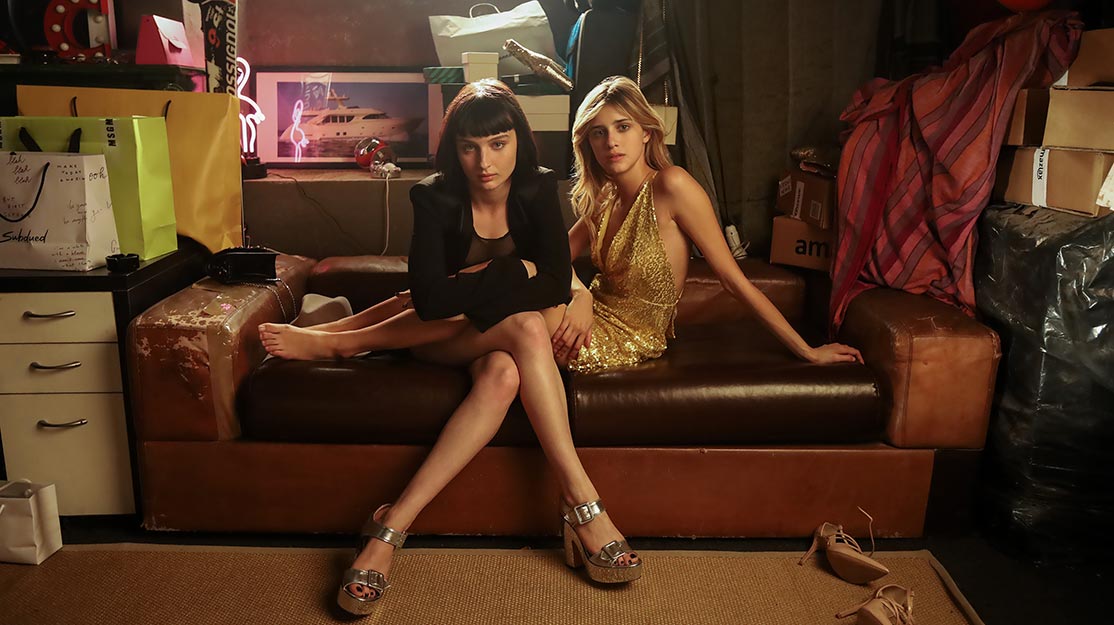 Italian director Andrea De Sica has achieved global success with Netflix teen drama series Baby. He talks to DQ about the joys of working with a young creative team, what it’s like directing for Netflix and why he thinks the controversial series has been successful.

Set in Rome, Netflix’s Italian teen drama Baby tells the story of two teenage girls who lead double lives. By day, they are students at an elite high school; by night, they engage in prostitution. Premiering in November 2018, the show returned for a quick-turnaround second season last month.

For director Andrea de Sica, Baby represents his first directing role on a drama series, following his directorial debut on 2016 film Children of the Night.

As well as featuring a young cast, much of Baby’s creative team and crew are also made up of young talent. The series was created by a collective of Italian screenwriters in their mid-20s, known as The Grams, and produced by brothers Marco and Nicola de Angelis.

Working with a largely young team proved useful for 37-year-old De Sica, who points out that his colleagues’ youthfulness meant they didn’t approach the series with a “typical Italian paternalistic approach.”

“There was no ‘Come on, I’ll show you the way.’ We were all in it together trying to figure it out,” he says, adding that even the composer behind the soundtrack was just 23.

“It was hard because it was my first series, but maybe that was a good thing because I didn’t have any orthodox methods. I did it my way. Everything was new and unexpected, and that was the best part about it. It was a totally spontaneous process of writing, directing and editing.”

Taking a new approach to directing was important for De Sica who, coming from an established family in the film industry, was determined not to be too heavily influenced by his roots and to make his work completely his own.

“I wanted to forget all the cinema references and directors in my life, which were very present in my first feature, and make Baby as fresh and direct as I could,” he says.

But directing Baby was not a project De Sica could conquer alone, he adds, pointing out that the show’s themes also required a female voice to share directorial duties. This posed difficulties, however, as the controversial nature of the series made it hard to find someone willing to take it on.

“I couldn’t be the only director to do it, because Baby needed a woman too. It was impossible to direct it all by myself, but nobody else wanted to direct it. Everybody was saying, ‘You’re crazy!’ It was hard to find other directors, but at last we found one,” he says, referring to Anna Negri.

Netflix also provided the creative freedom De Sica desired for the project, which he says gave him a favourable working relationship with the streamer.

“I liked it a lot. First of all, the average age of the executives at Netflix is the same age as me, so we are at the same point in our lives. The second thing is the executives really know where they want to go, but at the same time know they should give you some freedom,” he says.

“They don’t interfere much, so we had our own rules and methods. They let us build this huge experiment, which was very risky but gave us much more freedom.”

Although the show explores controversial and sensitive themes, De Sica praises it for giving a voice to women in a way that hasn’t been done before, which he believes is one of the reasons for its success.

“We speak about female teenagers differently from [how they’ve been spoken about] before in films and television. Females were often seduced and seen as objects; now they’re becoming active. They are proper protagonists of the story and have power in the environment that oppressed them. So it’s a sense of relief, I think, for the young female audiences that they finally they have their character, their heroine. And they are not necessarily good or bad, but something in between,” he says.

While De Sica says Italian audiences were very sceptical of Baby to begin with, he believes now is a good time to be working in TV in the country given the evolution the industry is currently experiencing, particularly with regard to the rise of SVoD services.

“It is a very good moment now in Italy because of this opening by the [SVoD] platforms for a younger generation of authors, screenwriters, directors and actors, while it is easier to make shows that do not normally feature in traditional Italian television,” he says.

“What I was pitching five years ago made people look at me like I was a Martian. Now, the industry is moving and we can build a new wave of films and series. I’m very optimistic about the next 10 years for me; I see lots of things that are possible to do.

“Other productions made by Netflix and similar platforms are also run by 30-something directors. There’s no longer the usual boundary that you have to be 50 to run a TV show, as there was 10 years ago in Italy. But it’s not just about age, it’s about the quality and themes that the projects are bringing up. We can do more experiments; we can go deeper and make shows that describe realities that maybe are very local but can travel the world, like Baby.”

So what’s next on the agenda for De Sica? Just ahead of the season two launch of Baby last month, the director announced plans to make a film based on Chiara Palazzolo’s Gothic novel Non Mi Uccidere, which translates as Don’t Kill Me.

Aimed at the same young audience as Baby, Non Mi Uccidere follows the story of 19-year-old Mirta who, along with her lover, dies from a drug overdose. Mirta is resurrected alone and learns that she must eat human beings in order to continue living.

De Sica is working alongside Baby creators The Grams on the project, with writer and producer Gianni Romoli, who acquired the rights to the book, also part of the writing team. Rome-based indie Vivo Film is producing.

But first, he is returning for the third and final season of Baby, which Netflix announced earlier this month with the promise that every secret in the series will be revealed.