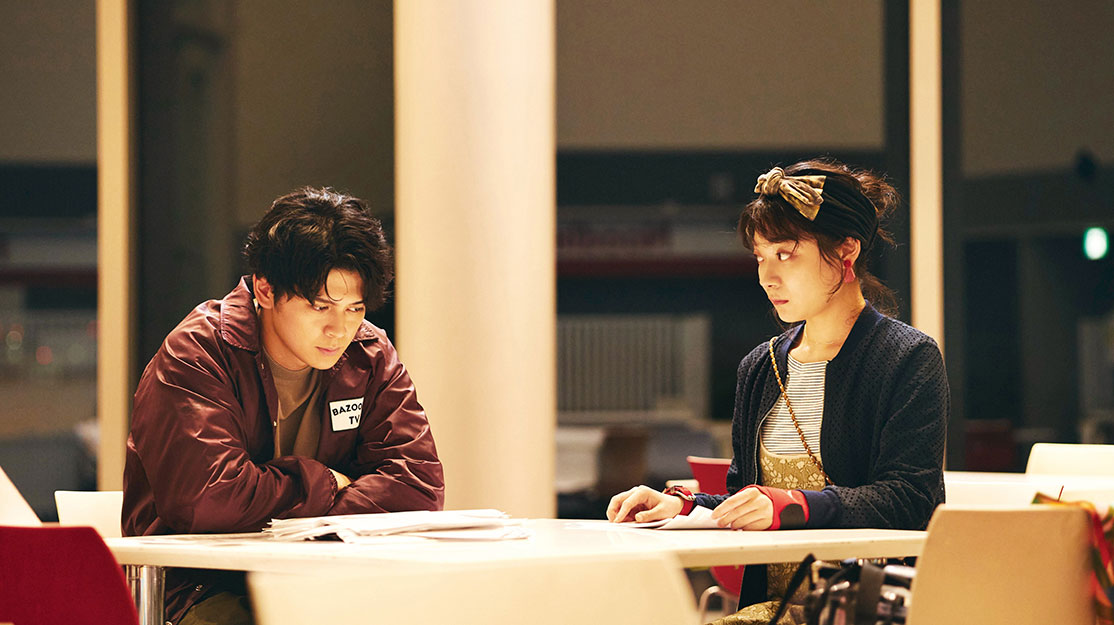 Producer Ayumi Sano and actor Tōko Miura discuss the social issues at the heart of Japanese drama Elpis and reveal how the series is breaking television conventions.

In Elpis, the plight of a female Japanese journalist who has fallen on hard times becomes intertwined with the case of a serial killer.

Kansai TV’s 10-part series, which enjoyed its world premiere at Mipcom in Cannes last month, does away with all the conventions of Japanese TV drama – and the international market took notice.

Issues close to the heart of multi-award-winning producer Ayumi Sano drive the pacy and intelligent show, including the injustices Japanese women experience on an everyday basis. In the series, journalist Ena Asakawa, played by Masami Nagasawa, has kissed her co-worker boyfriend in public, leading to a public scandal (relationships with colleagues are often frowned upon by many Japanese companies). She is consequently demoted to the position of announcer on a ‘wide’ show, a uniquely Japanese format that covers everything from celebrity gossip to consumer, sensationalist and human interest stories. To add insult to injury, her now ex-boyfriend is mingling with Japan’s media elite working for the prime minister.

In her new position on the show, called Friday BonBon, Ena is dismissed as ‘past it,’ and has to endure a rude and sexist boss who constantly flirts with the much younger BonBon girls who fill up the studio.

“I and my friends have had similar experiences,” says Sano, who has worked in TV for more than 15 years, including making Kansai TV’s My Dear Exes, which streams on Netflix, and this year’s The Teenage Empire for NHK.

This culture that pervades many Japanese workplaces leads to Ena not only feeling unmotivated but also unable to sleep, and suffering from a bulimia-like condition. Against this backdrop, Ena and rookie TV director Takuro Kishimoto (Gordon Maeda) undertake their own investigation into a serial killer case and discover that the media’s overzealous coverage may have led to a false conviction. Their battle for the truth empowers Ena to do what she can to take control of her destiny again and perhaps rebuild her career as a respected journalist.

Despite the rest of the world’s insatiable appetite for true crime, Japanese TV normally steers clear of real-life criminality, whether in documentary or scripted from, and particularly when it comes to state cover-ups – as happened with the real case that Elpis fictionalises.

A former law student, Sano’s other aim with the show was to shed light on areas of the Japanese legal system she feels are wanting. “When you question a suspect, a lawyer is not allowed to be with their client,” she says. “That’s what happened in this trial. He was forced by the police to say he did it. Because of this system, there are many false accusations in Japan.”

Tōko Miura, who plays make-up artist Cherry, another character who joins Ena’s investigation, believes an often-celebrated trait of Japanese culture can sometimes be part of the problem.

“We have a tradition of being respectful and thinking of others when we express an opinion,” she says. “The problem is that we don’t always say our own opinion.” In some contexts this can develop into something insidious. “Sometimes journalists say what the government or politicians want them to hear,” adds the star of Drive My Car (based on the short story by Haruki Murakami), which won the Best International Feature Oscar in 2022.

The majority of Japanese primetime dramas feature male leads, while female actors tend to play the wife or girlfriend of the star. For Elpis, however, Sano assembled a strong female cast and also made sure the production process was largely female-led, including scriptwriter Aya Watanabe.

Elpis stands out for its contemporary serialised structure, too, with Japanese productions usually running for years and years and neatly wrapping up plot lines at the end of each episode.

Meanwhile, producers in the country are also up against economic adversity. The average Japanese TV series costs about “one-10th of a South Korean show and about one-100th of a US one,” says Sano. Because Japan’s economy is struggling, advertising revenues are down, which is hitting production budgets hard.

“Japanese dramas and formats should be appreciated more in the world than they are now,” believes Miho Okada, executive MD at Kansai TV. But this is starting to change. The combination of “social issues with entertainment” means Elpis is generating appeal in the global market, Okada notes.

This follows a wave of deals Kansai TV has concluded in South Korea, Taiwan, Hong Kong and the US for remakes of shows such as My Dangerous Wife and He Who Can’t Marry. “Working with global platforms is now a normal activity,” Okada adds.

Clearly there is new-found excitement around the Japanese TV drama industry. But what is the future for the social issues Elpis addresses? “Society hasn’t really changed,” says Miura. “But what’s different is that a lot of people think we need to change, and we are starting to talk about it.”