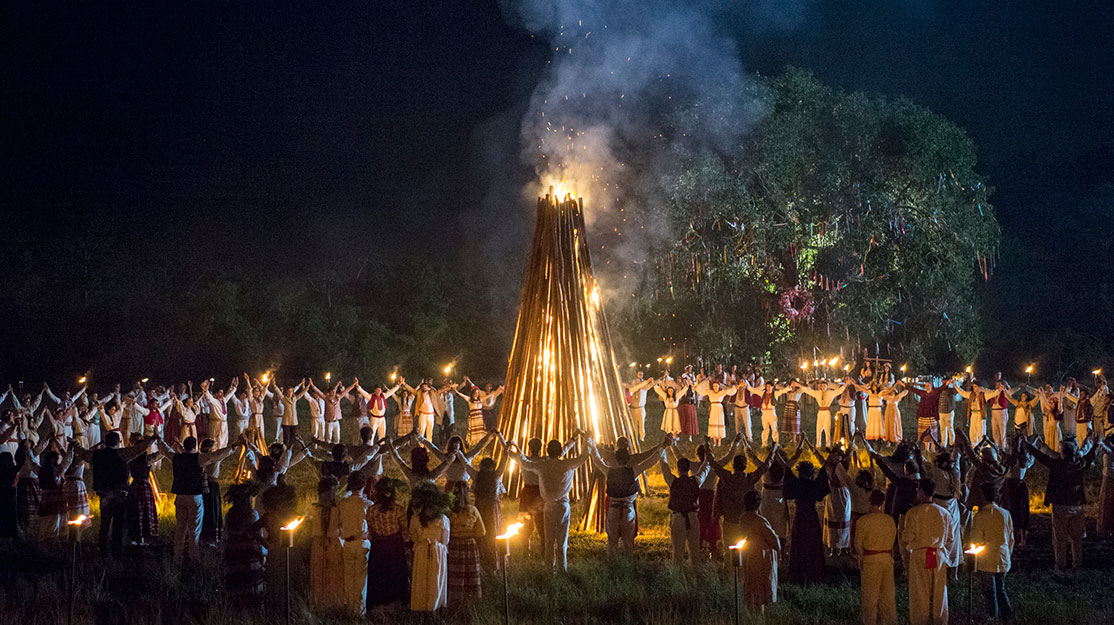 Carlos Manga Jr, the director behind Globo miniseries Unsoul and Aruanas, speaks to DQ about the changing direction of Brazilian series and the universal appeal of supernatural dramas.

While Latin American TV has become synonymous with long-running telenovelas over the years, local networks have more recently begun to focus on shorter limited series and miniseries while branching out into new and unfamiliar genres.

Carlos Manga Jr has had a front row seat to these changes. Having started his directing career filming hundreds of episodes of soap operas for Brazilian network Globo, his two latest projects have seen him working as artistic director on a pair of the network’s dramas that have garnered audiences around the world.

The first was Aruanas, an environmental thriller from Globo and Maria Farinha Films that tells the story of three idealistic women who set up an NGO and investigate the suspicious activities of a mining company in the Amazon rainforest.

Then there’s Unsoul (pictured top), a supernatural drama set in the small and mysterious town of Brígida, a Ukrainian community in the countryside of Brazil where an event from 30 years prior returns to haunt the population.

“I started very young as an assistant director,” Manga recalls. “Then I went to Globo 24 years ago and directed soap operas. It was a very nice experience. You learn how to work quickly and how to prepare yourself. It’s so demanding. Then, right after this soap opera called Vamp, I went to direct some TV movies that were similar to The Twilight Zone. I directed three episodes and then went into advertising.”

Manga says the 20 years he spent working on commercials provided the perfect training for directing film and TV. “I learned how to tell a story in one minute. It was different from doing TV, because you learn how important one shot can be in 30 or 60 seconds [of film]. It has to have a purpose and you have to think, ‘Why am I doing this?’”

During that period, Manga lived in LA for two years and had agents in London and around the world, which led him to work with cinematographers including Christopher Doyle (In the Mood for Love) and John Mathieson (Gladiator).

“The world of advertising gave me this opportunity to have a lot of different experiences,” the director says. “These weren’t feature films, so you could spend one or two weeks on one project and then switch to another. Then I received an invitation from Globo to ‘come home,’ because it was a new world for us. They told me, ‘We’re looking for new directors and you started here as a young director and have now gone all over the world.’

“Globo used to be the queen [in Brazil] but then Netflix, Amazon, Apple and Disney all went to Brazil and invested a lot of money. They realised they were not alone in the universe anymore and had to change. They called me and said they were looking for directors with global knowledge. They knew I lived in LA and they wanted to talk to me about a miniseries. I shot my first miniseries for Globo, If I Close My Eyes Now, three years ago and it went to the Emmys. Then I shot my second series, Aruanas, and then Unsoul.”

On all three series, Manga took up the role of artistic director, which he describes as a mix of lead director and showrunner in partnership with the writer. “I’m a filmmaker, I’m a director. That’s what I do,” he says. “The artistic director is like the lead director, because you sometimes need two people to help you with small shots or scenes, as 10 episodes is almost five feature films in four months. It’s also like being a showrunner and working with the author of the series.

Psychological thriller If I Close My Eyes Now (Si Cierro Los Ojos Ahora), which debuted in 2018 and was nominated for Best Limited Series at the 2019 International Emmy Awards, begins when Paulo (João Gabriel D’Aleluia) and Eduardo (Xande Valois) find the body of young girl Anita (Thainá Duarte) on the edge of a lake while skipping school.

Accused of a crime they did not commit, they realise they have stumbled upon a case that is shrouded in mystery and involves important figures such as mayor Adriano Marques Torres (Murilo Benício), first lady Isabel (Débora Falabella), entrepreneur Geraldo Bastos (Gabriel Braga Nunes) and his wife Adalgisa (Mariana Ximenes).

Aruanas, meanwhile, premiered last year, being made available in more than 150 countries on a dedicated platform as part of an attempt to raise global awareness of the threats facing the Amazon. Greenpeace was a technical director on the show, with support from UN Environment and 22 international NGOs including Amnesty International, the WWF, UN Women and the Rainforest Foundation. Manga brought the series to the screen alongside Estela Renner, who also wrote it with Marcos Nisti and Pedro Barros.

Unsoul marks Globo’s first entry into the supernatural genre. Manga teamed up with author and first-time screenwriter Ana Paula Maia for the show, which follows a woman who, after her husband’s suicide, moves with her three daughters to Brigida, a small town that is resurrecting the pagan festivities of Ivana Kupala 30 years after it was banned. As the plot unfolds, terrifying events unsettle the community and bring to light crimes that tie three families together.

“Among directors, guys like Wes Anderson and Quentin Tarantino have their own style. In advertising, you have a possibility to try different things, so of course I have my own style too,” Manga says. “If I Close My Eyes Now is a little closer to Unsoul, which is almost 100% what I like to do as a director. Aruanas is a different style again, more realistic and documentary-style.

“As a director, I like to create atmosphere, I like to play with time and pace. That’s why I like to mix my influences of European directors and British directors like Alan Parker [Bugsy Malone, Mississippi Burning]. My signature is a melancholic subtext and mood, which is created through photography, the actors, the behaviour of the characters and the movement of the camera.

“Unsoul introduces a Brazil that most Brazilians don’t even know. It’s based on a real community of Ukrainians in Brazil and set very far in the extreme south, so the environment is brutally different. It’s like going to a very distant city where there is a particular atmosphere.

“It’s the biggest community of Ukrainians outside Ukraine. Their sons and daughters were all born in Brazil, so they are part Ukrainian, part Brazilian. To create the atmosphere, you have to understand their behaviour and bring all those different aspects to this fictional village we created. It was very interesting. I wanted the actors to feel that cold atmosphere – you can see their breath when they breathe, which is strange for Brazilians to see. All this atmosphere helped me to create the behaviour I wanted for the show.”

Filming took place in Rio de Janeiro and at 36 locations in the southern region of Brazil, including a vast estate that was the setting for scenes in the forest, cliffs, lakes and ruins.

Working in a new genre, Manga says he was given the freedom to push boundaries with the series. “We live in a new world. Unsoul is maybe the beginning of this. They said, ‘Let’s give it a try.’ Otherwise we’re just running in circles. So I had the freedom to bring the team I wanted, which didn’t have to be from inside Globo,” he says.

The approach has certainly paid off for Manga and Globo, with Unsoul enjoying its world premiere at the Berlin International Film Festival in February this year as Brazilian and Latin American drama looks to cement its growing status on the international scene. A second season has already been commissioned, while Aruanas will also return for another run.

“We’re telling a peculiar Brazilian story, but it’s also a human story,” the director says of Unsoul’s international appeal. “We’re telling a story about the Ukrainians who live in Brazil. This is Brazil. It’s a country of contrasts. That’s why I think it’s very interesting. Local stories are universal.”