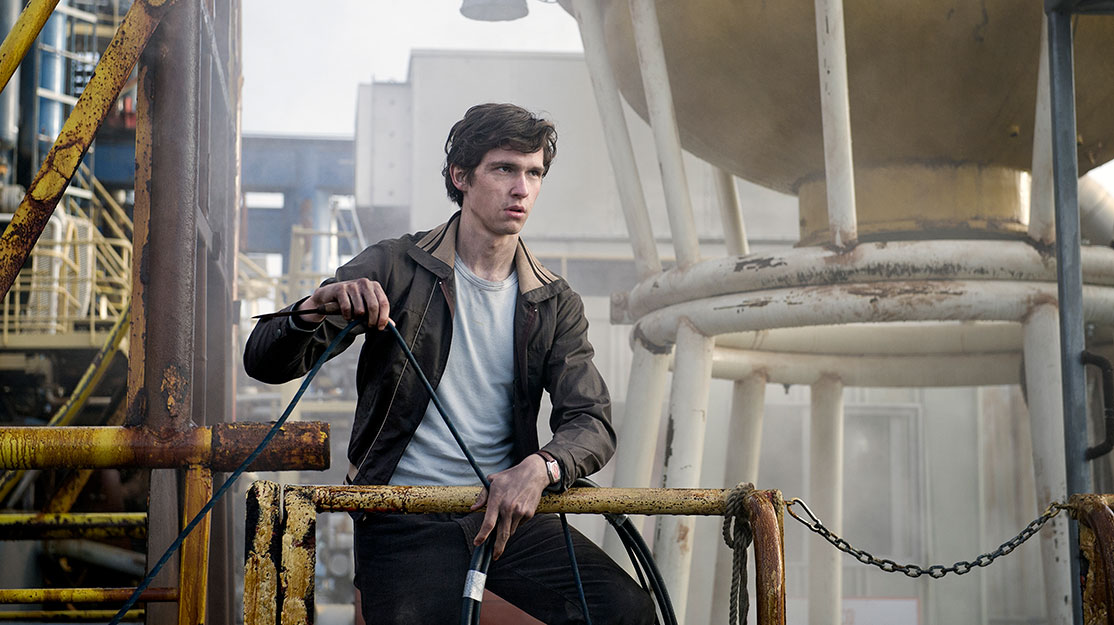 Norwegian period drama Lykkeland (State of Happiness) dramatises the true story of the country’s oil boom in 1969. Writer Mette B Bølstad and executive producer Synnøve Hørsdal tell DQ about the origins of the series and how they avoided it becoming a history lesson.

A short stroll between offices located on the banks of the Akerselva, which runs through the Norwegian capital of Oslo, proved fortuitous for screenwriter Mette M Bølstad. Before lunch, she had finished working for Monster Scripted on NRK drama Nobel, for which she would later win the best TV drama script award at the Goteborg Film Festival. After lunch, she made the quick walk next door to Maipo Film, where she agreed to write long-gestating series Lykkeland (State of Happiness).

That was in spring 2015. Three years later, Lykkeland is among the hottest new dramas coming out of Scandinavia, having scooped two awards at the inaugural Canneseries event in April this year – best music and best screenplay, with writer Bølstad again picking up the prize.

Based on the real events that changed a nation, Lykkeland is set in the summer of 1969 in the small Norwegian coastal town of Stavanger. International oil companies have been test-drilling for years, but nothing has been found and they are in the process of leaving. Phillips Petroleum, however, is contracted to drill a final hole – and on Christmas Eve 1969, the gas flare at the oil rig Ocean Viking is lit. The largest oil basin in history has been discovered, and everything is about to change.

“The story is about the oil that came to Norway,” Bølstad explains. “In a way, it’s about the beginning of modern society, so the characters are young, they’re in their early 20s. It’s a poor place. There’s not a lot of work. It’s going down. So it’s kind of like a treasure hunt in a Klondike town. It feels almost like an old Western.”

Lykkeland has been in development, in one form or another, for the best part of a decade, based on an idea by Maipo CEO Synnøve Hørsdal and Siv Rajendram Eliassen. But when Bølstad joined the project, it accelerated towards production. Filming wrapped in December last year at the end of a 105-day shoot and, after the first two episodes debuted in Cannes this month, it will launch on Norwegian broadcaster NRK this autumn. DR Sales is handling international distribution.

“We had talked about it and I was very interested in the subject matter, and also because I quite like doing television,” Bølstad says of joining the series, having worked with Hørsdal on various projects previously. “You know this is something you’re going to live with for three years, at least, so it needs to be something that’s appealing – and that has to be the subject matter, not the way in which you tell the story. That’s just the job. But I thought this was something I wanted to know about, so I could spend a lot of time on it. It was the combination of being at Maipo and working with something I wanted to do.”

The series follows the stories of four main characters – the town mayor’s secretary, a diver, an American lawyer and a woman from a deeply religious family – and how their lives are transformed, for better or worse, by the oil strike.

But Hørsdal plays down any descriptions of Lykkeland as Norway’s Mad Men, owing to its 1960s setting and fashion, noting that his series plays closer to the characters and the universal dilemmas they face.

“It was difficult to do young people like that and put them in important arenas without it being a construction. So that was quite a big job in the beginning. It was just getting them in the right place so it made sense, and then you could start telling the story.”

Set in the coastal town of Stavanger, it is a story specific to its setting and time. The series attempts to balance the family stories with what was happening in wider society during that period, without making it overly political and, most importantly, preventing the eight-part drama from becoming a history lesson.

“It is such an elegant way of having a drama in a historical setting without it being a history lesson or being too political,” says Hørsdal. “It is about the choices you make that matter, that your vote matters and it’s you as individuals who make the society you live in. It’s not someone else. Somewhere down there, this is the message. At this time, at that place, it was a bit easier to see that some of the choices they made had a tremendous impact on the rest of Norway. And different choices could have been made as well; things could have been really different.”

Around a third of the production was filmed on location in Stavanger, where the producers wanted to capture the unique landscapes and the town’s specific dialect. Further exterior and interior scenes were captured in Oslo and further afield in Belgium.

“It’s not a show that has one location we always go back to, so we jump quite a lot,” Hørsdal explains. “The line producer and the production manager spent two months working out the schedule. We have done TV before but nothing as big as this.”

Filming also took place on a real oil rig in a fjord close to Bergen, further up the coast, before it was to be taken away for recycling. Visual effects then placed it in the middle of the Atlantic Ocean.

“We had to change some of the crew because some of them had vertigo and it was tough to get up onto the rig,” Hørsdal reveals. “For me personally, shooting in Stavanger and the landscape where it actually took place was one of the biggest moments. I really felt like it was the real thing.”

Season one runs from 1969 until 1972, while a potential season two, which is already in development, is set to jump forward five years to 1977.

“Mette is already writing season two,” says Hørsdal, who envisions the series reaching the present day over five seasons. “She’s a fantastic writer to work with. She’s extremely good at taking a specific scene or setting and making it relevant to the characters.”

She adds: “We’re ready for season two. We started developing it quite a while ago. The way this drama is made is moulded. We can go into production quite quickly and we’re really ready to do another season. There’s lots more material.”