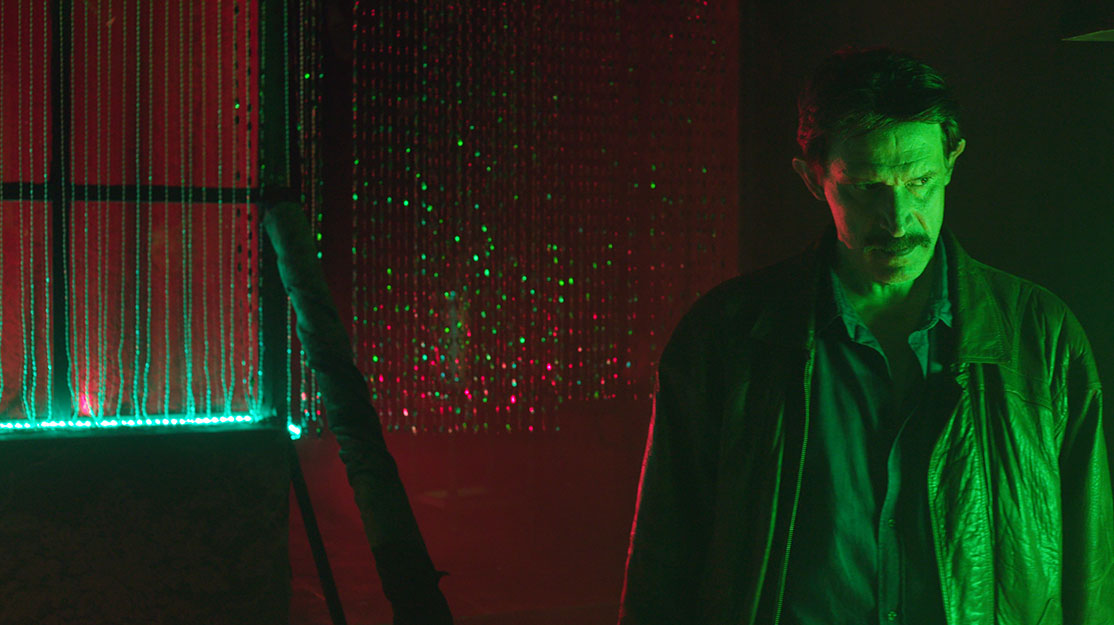 Juan Ignacio Sabatini, the director and executive producer of Chilean drama Inspector Rojas: In Cold Blood, tells DQ about the story’s real-life origins and explains how the series pushes the crime genre in a new direction.

Set in the 1990s, Inspector Rojas: In Cold Blood is based on a real-life police investigation that took place in Chile.

In the eight-part series, the disappearance of 12 young girls from the commune of Alto Hospicio, in the north of the South American country, triggers an investigation by police captain César Rojas (Francisco Melo, pictured above) to solve the mystery of their whereabouts.

With a small town and its inhabitants struck by the tragedy, the investigators try to find the culprit as the killer wanders in search of lonely adolescents, surrounded by the sands of the driest desert in the world and unable to stop his impulses.

The crime drama is produced by Villano for Chilean broadcaster Mega, with DCD Rights distributing the series internationally.

Here, Villano’s Juan Ignacio Sabatini, who directs and exec produces the series, reveals more about the titular character and how the show came together.

Tell us about the story of Inspector Rojas.
This is basically a story about discrimination and classism, about gender violence, coloured by the horror of the actions of a sick mind that was allowed to move with total freedom thanks to the negligence of local authorities unable to control their own impulses. Then, Inspector Rojas comes into the story. He’s a foreigner finding himself in hostile territory where he’ll fight little by little to settle his own demons and to get justice.

Where did the idea originate?
Back in 2015 I was hired by TVN to make a miniseries based on a book by Rodrigo Fluxa. The book was about Daniel Zamudio, a young man who suffered a brutal attack and subsequently passed away. This paved the way for a huge social movement in Chile, which lead to the first gender equality law in the country.
During the scriptwriting process, Rodrigo approached me and mentioned he was about to submit some editorial about Julio Perez Silva, the psychopath from Alto Hospicio, which was going to be part of a publication called Los Malos, which would be collated into a series about people in Latin America who represent the worst of humanity. After reading the draft, I realised it fulfilled the criteria for an amazing police thriller, so we started working with Rodrigo and Enrique immediately.

How was the series developed with the broadcaster?
The relationship with Mega was great and it was hugely beneficial to the project. The biggest point of debate was finding a comprise for the series’ staging, bearing in mind that Mega is a free-to-air network.
Jeff Rush, the script doctor hired by Mega, proved crucial. The discussion eventually turned to the focus of the story and how it should move forward while keeping the interest of the audience – and to make it work for the viewers of both free-to-air TV and OTT.

Who is Inspector Rojas? How does he stand out from other police officers?
Rojas has a complex past and had a difficult childhood, which saw him move between foster homes and adoption centres before joining the police force. He is an orphan who took this job in the police force because he was looking for containment. He wanted to find somewhere he could fight justice and find the inner peace he didn’t have during his early years.
In this context, Rojas puts up a wall around himself to contain his inner demons, which are conceptually aligned with the hidden demons often found in the most remote of places. The wall begins to crumble just before he embarks on this journey. It is in this place, the driest desert in the world, that Rojas comes up against his ideals of justice, his quest to find it and his past.
Rojas’s need to fight for justice is intrinsically linked with trying to solve his own issues. This inner strength is what makes him stand far above his colleagues.

What does actor Francisco Melo bring to the role?
Francisco Melo is a fantastic actor. He’s had a very successful career and has the right tools to play such a complex part.
Back in 2003, I saw Melo in the theatre in the production of Sarah Kane’s Devastados. The way in which he was able to express pain, and how he was able to show that society’s violence had an impact on him by leveraging a violent sexual behavior, was mesmerising. When this story came into my life, I immediately remembered Melo in that play.

What was Rodrigo Fluxa and Enrique Videla’s writing process?
We have an excellent relationship with Rodrigo and Enrique based on common interests and the space we give each other to talk about our differences.
The interesting thing is we all come from different backgrounds – Rodrigo is a journalist, Enrique is a scriptwriter and playwright and I am a director – but together we’ve managed to achieve amazing results with two series inspired by real events which have created a lot of debate among our audience.

How did they use the true story to inform the show and did how did they balance the real story with dramatising it for television?
We tried to maintain the series’ storyline based on two plots from the real story to shape our story: teenagers lost somewhere in the middle of the desert, authorities that move slowly, people’s indifference and an expert policeman who arrives from Santiago to solve the case.
We used this to shape the characters and the scenes. We took some aspects from the real-life characters and enjoyed freedom to create all the other characters involved in the story and the world they live in.

How would you describe the show’s visual style?
In terms of style and aesthetics, we perceived the story as something developed within the parameters of a police thriller and a modern western, where the impressive landscape becomes an ‘actor’ in the story and builds the atmosphere of the show.

How does this series present a new take on the crime genre?
Beyond it being inspired by a real story and the story of the murderer, the most interesting aspect is the landscape where much of the action takes place – the immensity of the Atacama desert and the contrast this offers. You get to see the wonderful stage that is the desert’s colour scheme and light against a blue sky, which also reveals a devastating truth. There is no life, no water; there’s nothing.

Why are true crime dramas becoming more popular around the world?
I think humans have always had a morbid interest in evil and the different ways in which it manifests. This obsession is exponentially increased when the story is based on true events.

What do you think are the key ingredients to a crime thriller – and have these always been the same?
I think constructing the story and the way in which the clues about crime are revealed is key. Being able to give the audience a structured, yet broken, stream of information is crucial, as it means they are able to conjecture different scenarios as the case unfolds. You have to create characters that have multi-layered personality who are able to connect with viewers. Being able to do this creates a narrative that generates an interest and an emotional response to the story.

Why do you think crime stories continue to resonate with audiences around the world?
I think crime, regardless of its origin, creates a lot of morbid interest. We all want to know who committed the crime and why.

How does the series balance the strength of its characters with the plot?
The plot’s development is constantly challenging for our characters; the drama, the anxiety, the fear that arises as the girls disappear serves to question their ethical and moral structure, stripping them off their essence and challenging their preconceived ideas.

What were the biggest challenges in production?
Filming in the desert was very difficult, as we had to endure extreme weather conditions. It was very hot in the mornings, followed by strong winds and cold temperatures in the afternoon. Staying focused, without becoming complacent about the evil we were depicting, was also challenging.

Why do you think this series proved so popular in Chile – and why might it appeal to international audiences?
Aside from the interest generated in Chile because we were relaying a story inspired by one of the cruellest serial killers of our history, we also touched on very relevant societal issues, such as classism, discrimination and gender violence. All of these generate varying opinions among our audience while also helping our characters to forge an emotional connection with them.
I’m sure the story’s treatment and its geographic setting will continue to captivate people outside of Chile’s borders.