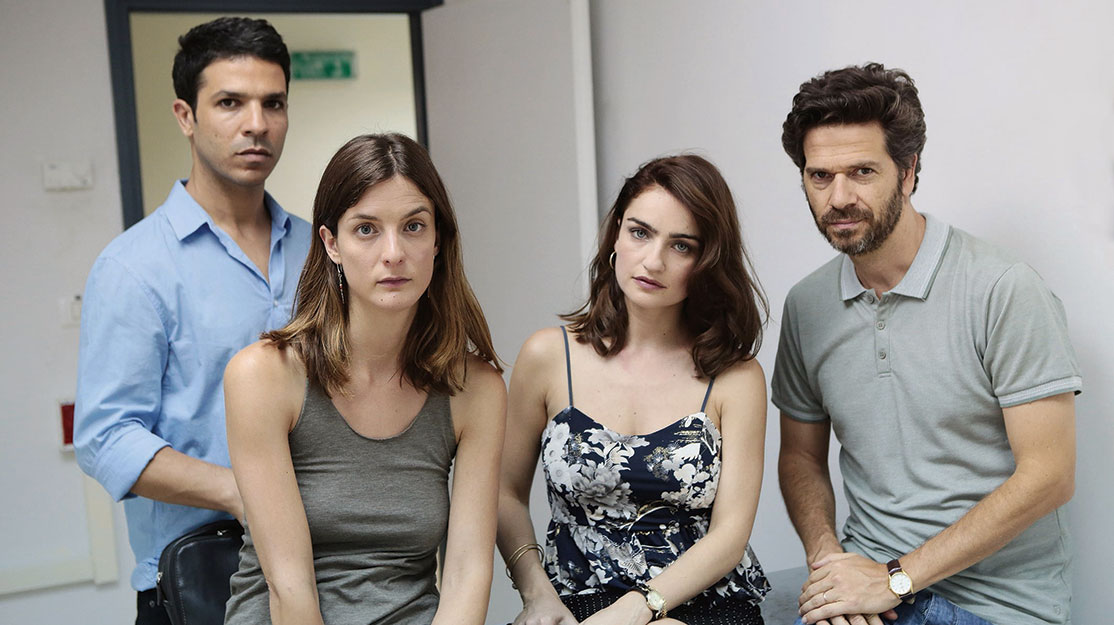 Israeli television rose to global prominence on the back of scripted series such as Hatufim (Prisoners of War) and Be Tipul (In Treatment). DQ explores what comes next from a country where big budgets are rare but no expense is spared on storytelling.

Locally made Israeli drama might only date back a couple of decades, but the country is recognised as one of the most respected producers of high-end TV series in the world.

The industry came to the world’s attention in 2011 when Showtime struck an instant hit with Homeland, which was in fact a remake of Israeli series Hatufim (albeit a heavily reworked one). But even before Homeland, another Israeli series, Be Tipul (2008), had been turned into HBO’s glossy therapy drama In Treatment, starring Gabriel Byrne. As a testament to Be Tipul’s quality, it was eventually remade into more than a dozen other versions.

Today, now that watching subtitled drama is as normal to many viewers as watching in their native tongue, Israeli productions are experiencing a second wave of interest – but this time in their original form. Hostages, False Flag (pictured above) and Fauda mean the ‘Israeli thriller’ is on par with Nordic noir.

But despite the industry’s success, it is facing challenging market conditions. Like everywhere else in the world, series in Israel are made for one of two reasons: first, by commercial or advertising-led channels that create ‘event TV’ to bring viewers to their brand; or, second, by subscription channels that want to add depth to their schedule alongside their usual roster of programming, such as sports, reality, children’s, factual and movies.

In a country with a population of only around nine million, there are limited subscribers to fight over and advertising on TV is being hit hard as content gravitates online. Meanwhile, one of Israel’s main networks, Channel 2 was recently split into two (Keshet 12 and Reshet 13), so now each channel has less money from advertisers to fund these so-called ‘high-end’ productions.

Illegal downloads are also a particular problem in Israel, a result of loose intellectual property law and an entrenched cultural attitude that simply means the public do not take the matter too seriously. These challenges all manifest in the budgets allocated to Israeli series being startlingly low, particularly in contrast to their international peers; the pilot of Homeland cost the equivalent of two seasons of Hatufim. Similarly, the first episode of BBC1’s The A-word, a series about a young boy with autism (starring Christopher Eccleston), cost three-quarters of the price of the first season of the original Israeli series on which it was based, Yellow Peppers. Hatufim, Yellow Peppers and The A Word all come from Keshet International.

So how does Israel manage to make TV drama that is so good in this environment? Producers have very little money so they force production values where they can – and the cheapest place to do this is in the writing.

“With money you can make your show appear magical, you can hide your faults. But when you’re naked, you can’t. So it makes you work much harder, you can’t leave little holes,” says Keren Margalit, who created and directed Yellow Peppers (which has also been adapted for the Greek market, with talk of a German version too). Margalit also wrote season two of Be Tipul, a show that consists literally of two people talking in a room and embodies the Israeli spirit of good writing over lavish production values.

“We know what we don’t do,” says Danna Stern, MD of Yes Studios, the distribution and sales arm of Yes TV, which is the producer and broadcaster of Fauda. “We don’t have lots of money for special effects, nothing’s set in space and we don’t make lavish period pieces.”

Budget restraints contribute directly to the aesthetic of realism in Fauda, which was shot very quickly, on location. “It’s an advantage in a way because it forces you to reinvent the profession, not only for me personally but for everyone on the team,” says Rotem Shamir, who directed season two of the series. “If everything was given the right amount of budget, I’m sure everyone would doze off, we would lose that kind of energy.”

Shamir also co-created Hostages, a series about a home invasion set in a single house. Speaking at the Fipa festival in Biarritz, which this year had a focus on the Israeli industry, he said of the show: “We achieved our dream of creating a thriller that could work on a tight Israeli budget.”

The US remake was cancelled after one season, perhaps because in that version the characters leave the house early on in the series – doing away with an essential element of the original.

Budgets aside, the other issue that cannot be ignored is that Israel is a country at war. Such a situation lends itself to highly compelling and globally significant stories – and it’s not just the conflict with Palestine that affects the country. There are also conflicts within Israel, between the Arabs and Jews who live there, between the religious and non-religious groups and so on. There is also a large immigrant community with stories to tell. The creative people living in Israel need to express themselves, and many do so by writing scripts.

A series like Fauda – a political thriller that airs on Netflix around the world – gives viewers a fascinating glimpse into one of the defining conflicts of our times and one which may have ramifications where those viewers live. The show has made a particular impact as the creators went to great lengths to portray characters from both sides of the divide.

“You can connect with the characters and see yourself in them, bad or good,” says Laëtitia Eïdo, one of the stars of Fauda, who was also speaking in Biarritz. “Of course, for some people it won’t be balanced enough. But you can discover the life and culture of both sides, which invades the other side’s subconscious.” At Fipa, which hosted the European premiere of Fauda season two, star and creator Lior Raz introduced the show as “a conversation about peace.”

However, Stern believes that while the ‘Israeli thriller’ may seem to epitomise the country’s drama output to the outside world, this is simply an accident of setting. “There’s just so much conflict in the news that people don’t want it for entertainment,” she says. “It’s not that we want to keep on talking about it – we really don’t.”

One merely has to scratch the surface of Israeli drama to see the rich tapestry of themes, ideas and issues that are being explored beyond thrillers. Sleeping Bears, the new series from Margalit, launched on Keshet earlier this year and was also among the official screenings at Berlinale in February. The show follows the fallout when a teacher finds an anonymous letter that contains summaries of her therapy sessions. The show explores the theme of trust and the myths surrounding what we think privately and what society allows us to say publicly.

Likewise, Endemol Shine comedy Nevsu, “the story of an Ethiopian and Israeli intermix family that deals with daily cultural clashes,” as described by Gal Zaid, head of scripted drama at Endemol Shine, “could be relevant anywhere.” It’s a point reinforced by the fact that a pilot for an adaptation was recently commissioned by Fox in the US.

Mama’s Angel, produced by Black Sheep Film Productions for YES TV and distributed by Wild Bunch TV, will be added to the UK edition of foreign-language drama streamer Walter Presents this summer. Set in a wealthy Tel Aviv neighbourhood, it explores the nature of prejudice when a community turns its anger towards a black graffiti artist who is the main suspect in a serious crime.

Walter Iuzzolino underlines the attraction of Israeli content to the service he co-founded and curates: “Its culture is ingrained in a sense of family, values and religion, which is a powerful cocktail. The moment you talk about a conflict within a family, you have the most universal theme of them all. Your parents shout at you, repress you and make you slightly neurotic but then you rebel, fall in love, shout back and the cycle continues. The Israelis have a visceral way of exploring these issues – they’re very courageous.”

The list of unconventional shows Israel is making at the moment is so long it’s easier to say which genres aren’t on it, which tend to be traditional formats such as medical, cop or lawyer series. “And God bless them for it,” says Iuzzolino. The fact that all the major international distribution companies such as FremantleMedia, Red Arrow and Endemol Shine have set up offices in Tel Aviv underlines the value they attach to Israeli content.

Because of the average timescale of five years, it takes to get an Israeli series to screen and the relatively low pay local scriptwriters receive, they must have a strong sense of vocation. This desire to tell their story often manifests as a “burning look in their eyes,” says Stern, frequently coming from a real-life trauma or experience. Fauda creator Raz, for example, was part of the same special operations unit as the one the show depicts.

Producers in Israel also have a strong desire to make more drama despite the financial constraints on their industry, and they are looking to find foreign partners to help them do so. “There are more opportunities for international coproductions,” says Amir Ganor, CEO of Endemol Shine Israel. “Israel is a region that holds many burning issues that could be relevant worldwide. Most projects up until today were local; the future is focused on breaking these borders.”