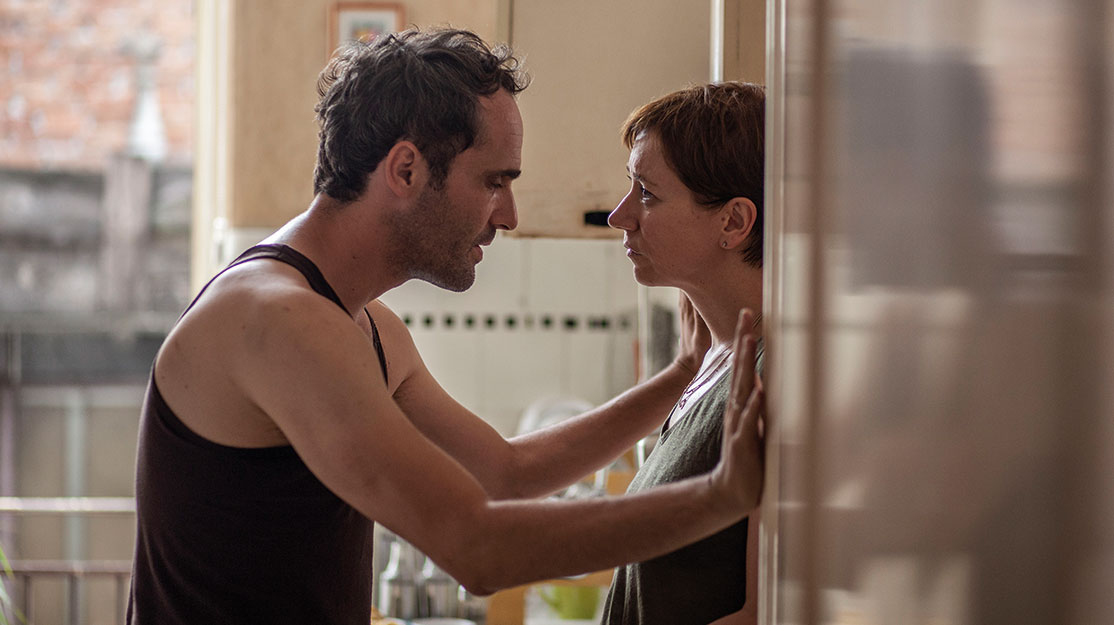 Death in Paradise and Hustle showrunner Tony Jordan has been in the Balkans to work for Greece’s Antenna Group on a mafia drama in the Serbian language with director Dušan Lazarević. They tell Clive Whittingham how a unique project came together.

If you need a project to highlight the international nature of the drama business, look no further than Besa: a Serbian- and Albanian-language series about the Albanian mafia commissioned by Greece’s Antenna Group for its PRVA (Serbia) and Planet TV (Slovenia) nets as well as RTL in Croatia, with the British showrunner behind Life on Mars and Death in Paradise.

“It started, as these things usually do, with somebody you know in the industry saying, ‘What about this?’” says Tony Jordan (Hustle), the aforementioned Brit who helped get the project off the ground with then-Antenna director Pete Smith, with whom he previously worked when Smith was Cineflix Studios MD and NBCUniversal International president.

“We met up in London and Pete was talking about how interesting the Balkans were and the great stories there,” Jordan explains. “They had a rough idea about an everyman who gets caught up with the Albanian mafia and he asked if I could take a look at it, flesh it out and put a show together.”

The word ‘besa’ means a sacred vow, and the plot starts with two men – one an everyday family man with a van-driving job, the other heading up the Albanian mafia – living very different and separate lives. Their paths cross when the crime lord’s daughter is killed in a car accident involving the van driver. With the police closing in on the villain’s empire, he strikes a deal with the everyman to become his hitman, who accepts in order to avoid having his family slaughtered in revenge.

“It’s a smart, intricate crime thriller plot and it’s not like any story I’ve seen before,” says Jordan, who was able to team again with local director Dušan Lazarević, having previously linked with him on long-running BBC hit Death in Paradise.

The show was held together and driven forward by producer Tea Korolija, whose work both Jordan and Lazarević describe in glowing parlance given the scale and complexity of the project.

“I loved the fact that besa – the ancient cultural concept present in the Balkans, predominantly in clan-based Albanian and Montenegrin societies – was used so effectively as a strong premise for a genre TV drama and that it was embedded in real, contemporary life,” says Lazarević. “I left Yugoslavia when it was still one country. Now it’s half-a-dozen different countries, divided by war, but still closely knitted together by historic, cultural and linguistic bonds. It’s one of the most diverse, complex, rich parts of the world. That has always been its blessing as well as its curse.

“Returning to the place that initially defined me as a person, and which I intuitively understand, to make a TV drama about life and death, obsession and fate was a once in a lifetime chance, and I grabbed it.”

The treatment, narrative arc and story were created by Jordan, who then talked a writers room of a dozen local scribes through the story so they could script it in the local languages. The aim was something that would work for the region, and not feel like it had been translated, but that also had potential to travel internationally as the hunger for foreign-language drama continues. “The positives are it was an entirely new experience for me and a hell of a project to be involved in,” Jordan says. “The negatives were I couldn’t judge the dialogue. I get translated versions, so it’s really difficult for me to judge. I had to look at the structure and character and trust in the writers. It’s a huge step for a writer; you have to have a huge element of trust. There were certain parts in English, and I couldn’t help myself – I had to dive in and do those bits.”

Although shot almost entirely in Serbian and Albanian, shooting took place across the Balkans in Serbia, Montenegro and Croatia. Jordan says the production values and look of the episodes that are being cut at the moment are “absolutely stunning” and on a level with what’s been produced by his Red Planet Pictures shingle in the US and UK. Red Planet is among Besa’s producers, along with Antenna Group and Adrenalin.

With the dialogue down, it was time for casting. “It’s been said that directing is 50% casting. I love actors and enjoy the casting process, so I try to give it as much time as possible,” Lazarević says. “Casting sessions invariably become workshops where I sometimes try out various actors for various parts or try to find out, together with them, who the character really is. It’s exhausting work that demands complete creative and often emotional investment from all, but it’s ultimately very rewarding.

“I was not very well acquainted with the wealth of the acting talent here, so Tea’s knowledge of actors in the region was instrumental in creating the environment in which this process could take place. We were lucky to assemble a very talented and internationally accomplished cast.”

Jordan’s role then reverted to making sure the project maintained a local feel with international sensibilities, with distributor Antenna’s desire for the show to travel front of mind. Local concerns that certain characters wouldn’t have got on because of the specific parts of the region they were from couldn’t become the focus for risk of losing the international audience.

“It needs to work for people who don’t understand the nuances of the region,” Jordan says. “We want international sales, not a one-off art movie or something specific for the region. I did eight seasons of Hustle, we’re on season nine of Death in Paradise – I know what makes things long running. I brought those skills to the project, sorting out the DNA of the series to make it something that could keep coming back.”

“It was challenging – imposing strict crime drama axioms onto a social and cultural landscape which did not yield easily to pure genre dramatic structure,” says Lazarević. “However, it feels like the best of both worlds have been merged into a drama with unique qualities. It’s something that will appeal to viewers in the Balkans, who can recognise the world of the series as their own, and viewers around the world, who will be able to identify with the universal nature of the emotional journeys of the main characters, regardless of their nationality or cultural belonging.”

So do more US and UK showrunners need to come to the region, lift standards, show the way and give projects international life, or is that a typically arrogant Western attitude towards a region that’s perfectly capable? Lazarević isn’t sure.

“British mechanisms of TV development are very good at providing a safe place for creative talent such as producers, writers and directors,” he says. “There is creative talent in abundance here as well. Maybe it only needs to be guided or cajoled towards a more disciplined approach to writing. But that could also be its undoing, suppressing the cultural differences. I’m not sure. Perhaps it all comes down to budgeting, allowing enough time for the intertwining of the two.”

Besa may go a long way towards making up his mind.