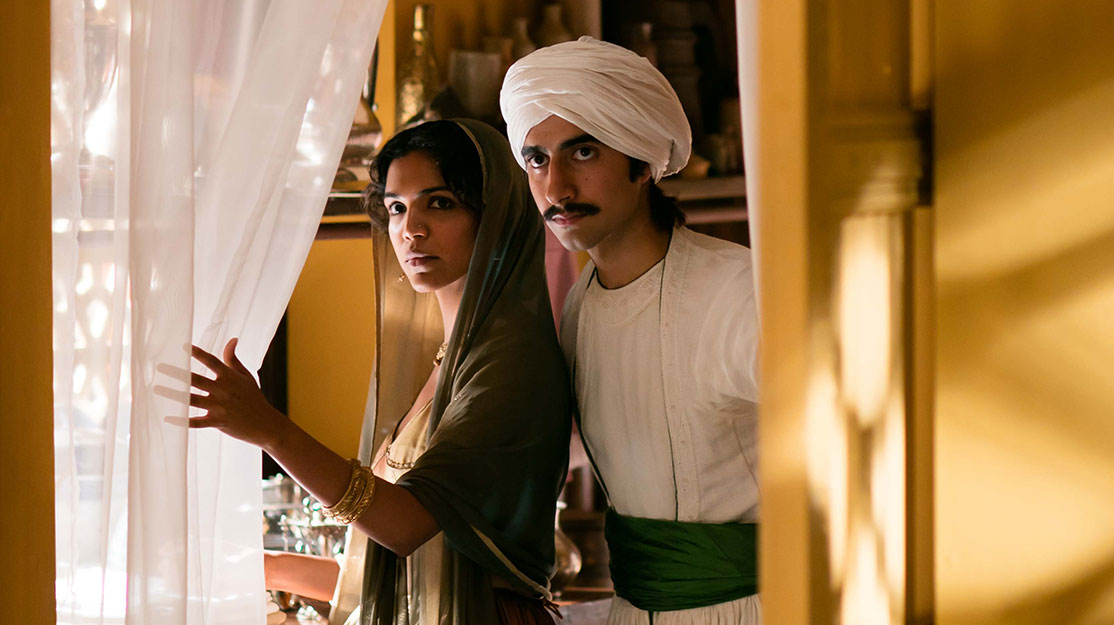 Gurinder Chadha, director of Beecham House, tells Michael Pickard about changing the perspective of British-Indian stories and her triple role as writer, director and producer.

Though the name of her production company, Bend It TV, takes its name from one of her most successful movies, director Gurinder Chadha took inspiration from another of her feature films for her new TV drama.

Chadha grew up in the UK watching Raj dramas such as The Jewel in the Crown and The Far Pavilions. But it was after she made Viceroy’s House (2017) – which starred Gillian Anderson and Hugh Bonneville in a story about the establishment of an independent India – that she became interested in re-examining British-Indian history from her own viewpoint.

She is now filming Beecham House, a six-part historical drama for UK broadcaster ITV, which is set at the turn of the 19th century in Delhi before the British ruled in that region and depicts the fortunes of the residents of the eponymous mansion. Fremantle is distributing the series.

“Beecham House is an opportunity for me to go back 200 years and look at India and its relationship with Britain from a different perspective, and that’s something I’m finding very interesting and exciting right now,” Chadha says. “I’m in the unique position to tell the story from an English as well as an Indian perspective, and I’m able to employ drama as well as humour and comedy. I just create characters who are very three-dimensional regardless of their cultural background. That’s the unique position I’m in – I can throw myself into both and I’m equally at home with both.”

Speaking to DQ from the set at London’s Ealing Studios, just days before production moves on location in India, Chadha is about to shoot a scene featuring a baby called August, whose father, the mysterious John Beecham (Tom Bateman), has bought the imposing house to begin a new life with his family as he tries to escape his previous life working for the East India Company.

Chadha’s career began with a short film about bhangra music, I’m British But… (1990), before she developed her drama skills with her first feature, 1993’s Bhaji on the Beach. Her first TV drama was BBC two-parter Rich Deceiver in 1995, before she broke out with 2002 romantic comedy Bend It Like Beckham, which also made household names of stars Parminder Nagra (ER, The Blacklist) and Keira Knightley (Pirates of the Caribbean).

“So this is my first foray back into longform drama and it goes very much with my viewing,” the director says. “That’s what we all do now; we all binge-watch and we love watching drama series. Once I started getting addicted to shows like The Newsroom, for example, I was like, ‘This is something I want to do.’”

Beecham House has been six years in the making, with Chadha working on the scripts with her husband and longtime co-writer Paul Mayeda Berges, plus Victor Levin (Mad Men) and co-creator Shahrukh Husain. “At some point in the writing process, when I’m happy with the scripts, I become the director and look at the scripts again from a director’s perspective – and then I start picking holes in them and criticise what I’ve done,” she explains. “I’ll say, ‘That won’t work, it’s not good enough,’ and Paul will say, ‘Well, you wrote that.’

“I do have this ability to put on these different hats and become different people at different times. I’ll defend a scene as a writer and then, as a producer, I’ll say, ‘Let’s cut that, it’s too expensive.’ So I find myself jumping from producer to director to writer as and when the production process requires.”

Chadha describes Beecham House as romantic, suspenseful, dramatic, sexy and sultry, and says it will be very clear it is a show made by her because of her unique brand of diverse stories.

“Everything I’ve done has been diverse but in a real, three-dimensional way where different cultural perspectives are engrained right from the script through the direction, behind the camera as well as in front of it,” she adds. “It feels like a very modern show, even though it’s set in 1795, because it’s dealing with questions that people deal with today; questions of nationhood, belonging, business and wars. All this is in the news now. I thought I was just making a period show.”