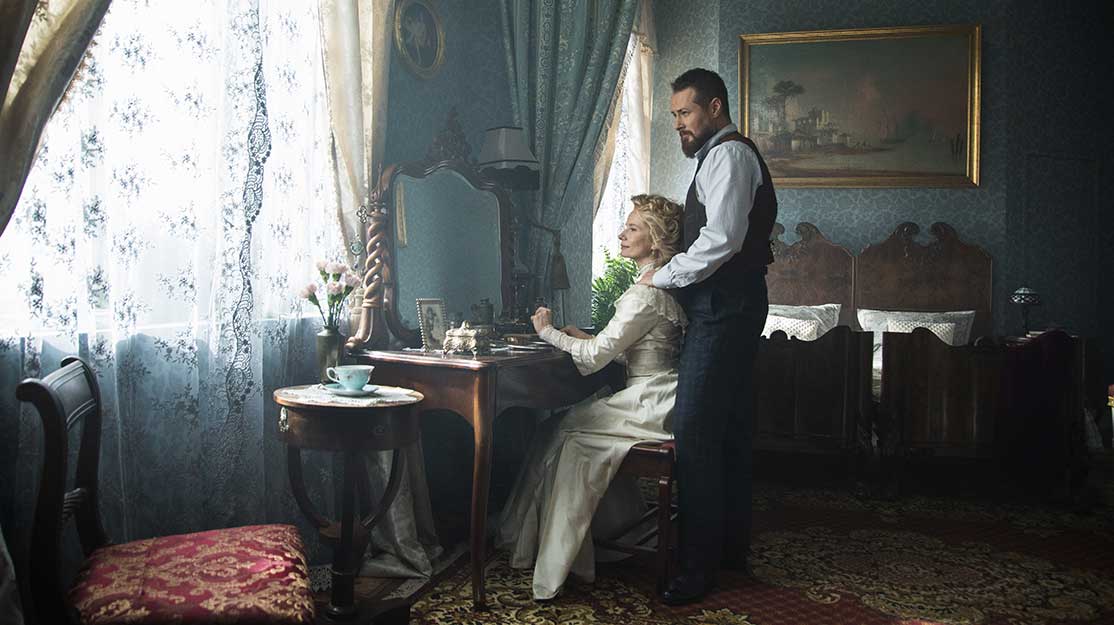 Polish broadcaster TVN transported viewers to a world of flamboyant love affairs, lavish balls and violent crimes with its first ever costume drama.

Inspired by real murder cases that took place in Kraków and other cities in Poland, Belle Époque sees Jan Edigey-Korycki (played by Pawel Malaszynski) return to his hometown in 1908 to unravel the shocking murder of his mother.

Forced to leave Kraków 10 years earlier after being accused of killing his fiancée’s brother, he decides to stay and join forces with two old friends and forensic pioneers – Henry (Eryk Lubos) and Veronica (Anna Próchniak) – to find out who committed the crime. Jan’s unmatched intuition and impeccable understanding of human nature soon make him indispensable to the local police.

The series, produced by Akson Studio and distributed by TVN Distribution, premiered in February and drew nearly three million viewers and a 23% share among 16- to 49-year-olds.

Tell us about the story of Belle Epoque.
Edward Miszczak: First and foremost, we wanted to cater to the needs of our viewers, who are becoming more and more fascinated by criminal plots and intrigue. We wanted to give them something new, a series like no other in Poland. We mixed the beauty of Belle Époque [the period in Europe preceding the First World War] with its darker side, which until now was not widely known. This clash of those two worlds proved to be really intriguing. The series’ debut exceeded our expectations – nearly three million viewers watched the first episode.

What are the origins of the series?
Michał Kwieciński: The idea came from Marek Bukowski and Maciej Dancewicz, scriptwriters who fell in love with the beautiful era of the 1900s. They researched a lot of old crime stories that happened in Poland and Europe, all of which are extremely interesting cases. This is a story about the beginnings of forensics as well, as back in those days this science was just being born. This is how it all started. Later, when work on the script gained momentum, we invited Igor Brejdygant, an experienced crime scriptwriter, to join the team.

How was the show developed for TVN?
Miszczak: It all sparked from passion and fascination. For more than two years, our scriptwriters researched real crimes that took place in Kraków and other Polish cities in the early 20th century. It turned out that in the era of industrial revolution, the development of science and culture and a period of lavish balls, mankind had also a dark side. It was both petrifying and fascinating, which made an excellent basis for an intriguing plot. People have been committing crimes for the same reasons for ages – love, passion, money or superstition. As soon as I heard this idea, I knew we should produce this series.
The key element and biggest challenge was to reflect the spirit of those times. This is why we decided to film mostly in Kraków, one of the most beautiful cities in Poland. We also used original costumes from that period. Viewers can also familiarise themselves with the beginnings of Polish forensics. We built a laboratory of forensic medicine especially for the show. It’s the largest production hall in the history of the Polish cinematography.

What was the appeal of having the first ever costume drama on TVN?
Miszczak: TVN is a pioneer in the Polish media market. We are not afraid of challenges and we always try to provide our viewers with the best entertainment. We were the first to introduce reality shows on the market; we started the fad for culinary, dance and talent shows. By following global trends, we decided to take one step further – to produce a costume and crime series. No other production in Poland has been made on such a big scale.

What research did you do for the show?
Kwieciński: Each episode required extensive research and documentation. The writers studied collections of famous cases, books and press materials from the late 19th and early 20th centuries. Set designer Anna Wunderlich and her team, costume designer Małgorzata Zacharska and make-up and hair artist Alina Janerka also had to review countless materials and footage for their own purposes. As a result, we gathered a lot of insight into customs and morals at that time. And, above all, we managed to document old and contemporary forensic methods.

How would you describe the writing process?
Kwieciński: Out of the dozens of crime cases from that period, we picked the most interesting and distinct ones. We then juxtaposed them against one another in each episode. Not all genuine stories, even the most compelling, will prove successful in a script. This is why it was a challenge for the writers to create full-blown characters when relying solely on plain facts. Apart from the crime cases, we also had to expand on other parts of the plot, like the personal lives of our main characters.

How did the writer(s) and director(s) work together to create the visual style of the show?
Kwieciński: It’s not always possible to fully bring to life what has been written in a script, as one has to work on a given location within a particular set design. At times the director had to adapt what had been written to the actual filming location.

Who are the lead cast members and what do they bring to the series?
Miszczak: The cast includes not only television actors, but also names known from top-notch theatre or film productions. Paweł Małaszyński plays Jan Edigey-Korycki, who returns to Kraków after many years of travel when he hears about his mother’s murder and starts investigating crimes.
Magdalena Cielecka is one of the most talented and award-winning Polish actresses. She plays Konstancja Morawiecka, a wealthy noblewoman who was Jan’s fiancée before he was forced to leave. We also cast some promising young actors, such as Anna Próchniak, Eryk Kulm and Vanessa Aleksander.

Where was the series filmed and how do you use the locations on screen?
Kwieciński: Because the script features so many lovely places, our crew filmed the series across Poland. Most of the filming was done in Kraków, but sets were built also in Warsaw, Bytom, Otwock, Żyrardów, Tokarnia, Zaborówek, Podkowa Leśna and Konstancin-Jeziorna. We also created a set in one of our studios, with an area of more than 800 square metres. There are few places in Poland that survived the Second World War. Those that were preserved have been modernised, with replaced windows or refurbished pavements, so not every ‘old town’ street could be used as a filming location. The set designers looked for suitable backstreets, rail tracks with wooden sleepers, houses and flats, and subsequently adapted them to fit our needs. They did this with great attention to detail.

How did you create the costumes and sets worthy of a lavish period drama?
Kwieciński: We worked with the best. Małgorzata Zacharska used the world’s oldest costume ateliers, such as Barrandov Studio in Prague and Cosprop and Angels in London. Angels, for example, has provided costumes for such productions as Game of Thrones and The Great Gatsby. We also worked with film studios in Warsaw and Łódź. Some outfits were borrowed from private collectors, while others were tailor-made exclusively for us. It was not an easy task, as we had almost 150 actors and around 2,000 extras. The series features a full spectrum of society, from aristocrats to beggars.

What were the biggest challenges you faced during production?
Miszczak: Time. We wanted to start airing the series on TVN in spring of 2017. We started shooting in autumn [2016] and it continued through winter. The weather did not make things easier, either.

How would you describe the current state of TV drama in Poland?
Miszczak: We are inspired by global trends but we need to act locally. What work best on the Polish market are local ideas and local shows. We usually develop our shows in-house or prepare them in cooperation with independent production companies. This strategy has proven successful in the last few seasons.

How will Polish drama change over the next five years?
Miszczak: It’s hard to predict the future, especially five years ahead. This is such a dynamic environment that everything can change really quickly. I believe the Polish market will develop towards international trends and we will see much more of high-budget series – great productions with beautiful images and compelling stories. But we need to remember TV is all about emotions, and that will never change. The better we are, as media companies, in identifying shows that spark emotions, the more successful we will be.