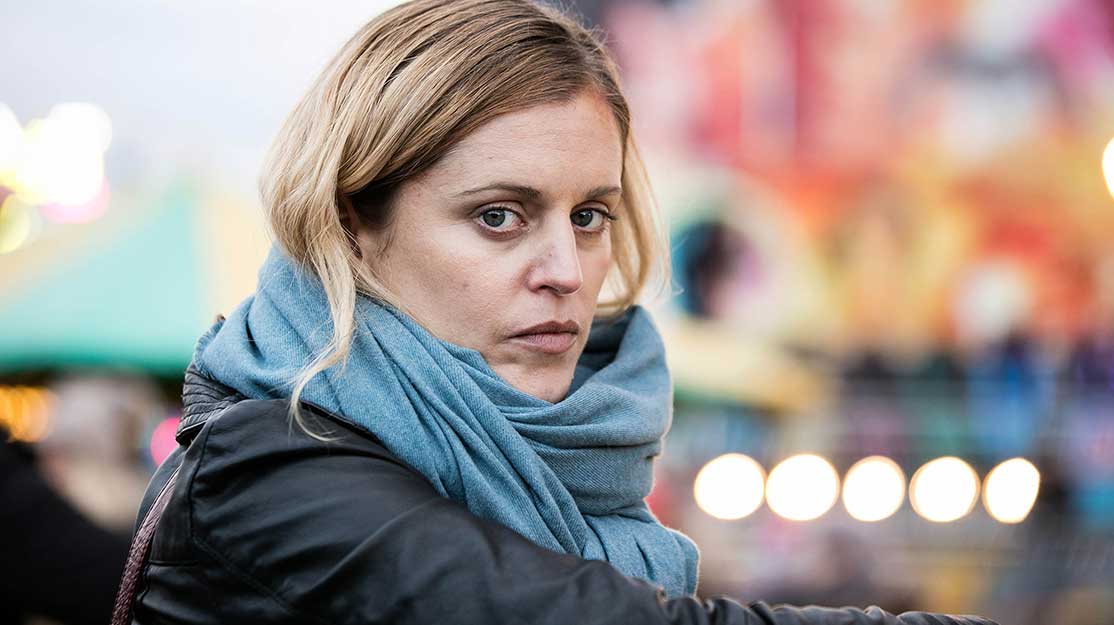 An award-winning stage turn changed the fortunes of actor Denise Gough, who tells DQ about starring in BBC2 three-parter Paula.

The Irish actor, who fronts new BBC2 drama Paula, has been the theatre world’s secret star for nearly two decades – and even that world had, at times, ignored her. But her Olivier Award-winning turn as a drug addict going through rehab in scorching drama People, Places & Things in 2015 changed everything.

It means she doesn’t take anything for granted, and now that she’s reached where she always wanted to get to in her career, she’s not just going to grab at any role. Known for her political activism, she’s also going to say exactly what she thinks.

“I don’t even really mention the name of People, Places & Things anymore, I just call it this huge thing that I did,” she grins, her big blue eyes lighting up. “If it wasn’t for that, I would never have been allowed to even look at a TV show of this calibre.”

Gough, who was also recently seen in BBC1’s Apple Tree Yard and Sky Atlantic’s Guerrilla, is in almost every scene of Paula, a tense thriller filmed in Belfast about a chemistry teacher who has a one stand that goes terribly wrong.

The three-part drama, which launches tomorrow, is produced by BBC NI Drama with Cuba Pictures and is written by Olivier- and Tony-Award winning playwright Conor McPherson in his first original work for television. The distributor is BBC Worldwide.

It also stars Victoria actor Tom Hughes as a psychopathic baddie who becomes obsessed with Paula after working as an odd-job man in her house.

Frustrated with her married lover, her emotionally incontinent parents and her alcoholic brother, Paula seduces him one evening. But he is far from the easy-going handyman he seems; he lives with two girlfriends, who each have his children, and is plagued by dark nightmares that leave him sobbing at night. His obsession leads to a trail of murder and destruction.

“What I liked about the script was no woman was tied up, raped and left as a corpse,” says Gough. “You read so much of that stuff you become immune to it. She’s also a very human woman; this isn’t just a story about a woman who is connected to all the men in the story. I love men but it’s nice to play a character who is complex. Some people say she’s not very likeable but I think that is just a funny thing we say about women. We don’t say that about Jamie Dornan in The Fall; he’s just hot.

“I like women who aren’t apologetic about the things they do in their lives. Why does she have to be likeable? I like her. I love the scene where she gets together with Tom’s character. There is a build up to why she decides to do it; she thinks, ‘I’m going to have him because I’ve had a shitty time. I am going to have this.’ Who hasn’t done that? She kind of seduces him in quite a bold way that we don’t see very often. She’s thinking that she wants to feel something other than what she is feeling. I am tired of only ever seeing women being seduced. There is something very truthful about that scene. She takes what she wants. Unfortunately for her it turns out he is a bit of a wrong’un.”

Gough admits she hopes her electrician father won’t watch her sex scene with Hughes, even though it is far from the first time his actor daughter (she is seventh out of 12 children) has stripped off for a role.

“I’m afraid he’s going to have to get used to it; now that I am 38 I can’t keep going, ‘I don’t want my dad to see that.’ I’ll never forget my first ever TV job. I was in a show with Andrew Lincoln, playing a prostitute – which for the first 10 years of my career was all I got offered – and I had two scenes. There was a lead-up scene and then the next one saw [my character] pleasuring her pimp and then blowing her head off. The whole time I did it I thought, ‘At least there is that first scene,’ so it’s not just about the sex and the blowing of the brains. But the night before it aired, the director rang to tell me the first scene had been cut.

“The next night everyone was at my house to see my big TV debut; the family, the neighbours, the bishop. They saw me doing this thing. I’ve had to do some pretty dodgy stuff on TV.”

Now the actor has a choice of roles, it’s something she appreciates all the more because it has been so hard-fought. “I know I have been painted as a Cinderella story and that’s OK,” she says. “I am an old-school story; this is a story of old-fashioned graft. I have been working since the age of 22 when I left drama school. It hasn’t been easy. There were a huge amount of times when I phoned my agent and said, ‘I can’t do this anymore.’

“It’s hard to keep up your self-esteem when you are being constantly rejected and have no money. But I kept working and this is my pay-off. I am enjoying that. There is a raft of very young people coming out of drama school or who have millions of followers on Twitter and suddenly become movie stars. There has to be somebody who is flying the flag for hard graft and I’m fine if that’s me. There were hard times, there were terrible times but I won’t have those terrible times in the same way now I’ve got loads of money,” she laughs.

Now that she is in a position to be listened to, the actor, who is currently working at the National Theatre in Angels in America, wants to do her bit to make things better for women in the drama industry.

“It feels like a good time, there are a lot of scripts that are being written now that are female-driven and written by women, but we still need to do more,” she says. “With the whole pay gap thing, I am pleased that women are getting bolder. It’s a conversation that we need to keep having. I remember reading Jennifer Lawrence talking about how she blamed herself for not getting paid the same as a man because she didn’t even question it. Well, now we are questioning it. I make sure I am on top whack.”

Her financial security means we should be seeing plenty more of Gough in work she is passionate about. “It’s so nice I don’t have to do something just to pay the rent,” she adds. “I have everything I have ever wanted.”