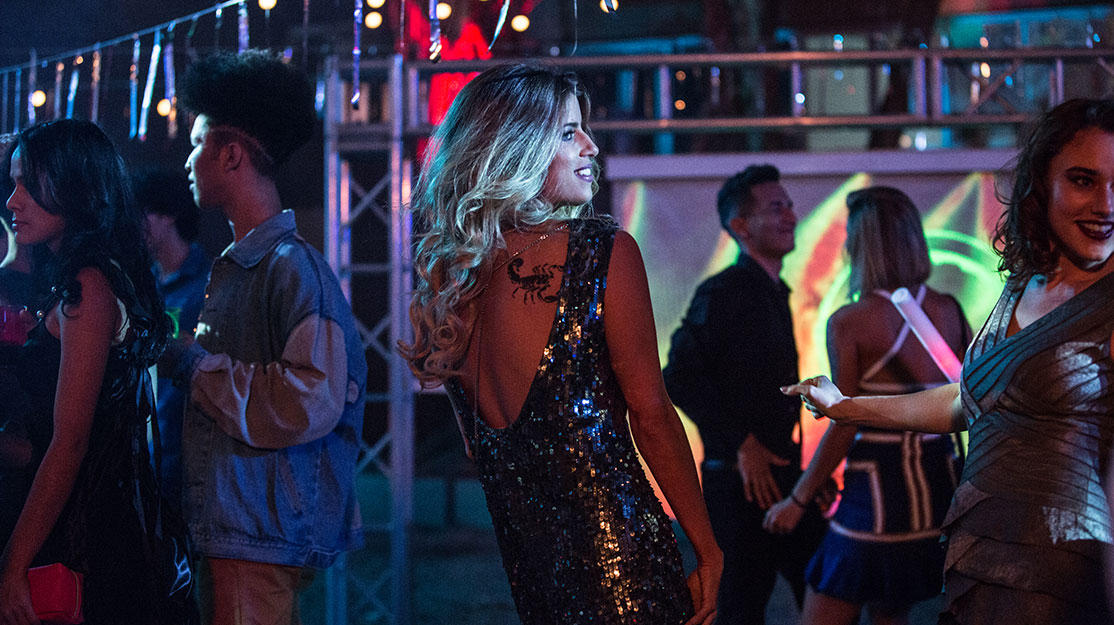 Maria Bopp, star of Brazilian series Me Chama De Bruna (Call Me Bruna), tells DQ how the drama is breaking boundaries and leading the charge for greater female representation in television.

For three seasons, Brazilian actor Maria Bopp has played the lead role in Me Chama De Bruna (Call Me Bruna), the true story of how a middle-class girl left home and became the most famous prostitute in São Paulo.

Based on the life of Raquel Pacheco (aka Bruna Surfistinha), the Portuguese-language series follows 17-year-old Raquel as she runs away from home and heads to the city, where she finds work at a high-end brothel. When she starts sharing her experiences online, she soon finds fame.

In season three, having been through the hardest time of her life, Bruna returns stronger and convinced that a life of prostitution can help her take charge of her destiny. But when a former classmate turned journalist gets in touch, her past comes back to haunt her.

Bopp reveals that when the real Bruna left home, her ambition wasn’t to become a prostitute. She simply wanted to leave her parents’ house, get a job and control her own future. “She chose this. It’s not an obvious choice, it’s not an easy choice and she paid a price for the illusion she created. We can see this in the series,” the actor says.

While viewers see Bruna find her way in life on screen, the drama also represented Bopp’s first steps in acting. Having studied for a film degree, with dreams of directing, Bopp had been working as a script supervisor before landing the part of Bruna in the Fox Latin America series. TV Zero and Fox Networks Group are the coproducers, with Fox Networks Group Content Distribution shopping the drama overseas.

“It’s great for me, as I think you can see through the series my evolution as an actress, because I’m learning to be an actress by doing it,” she says. “I started to study [acting] after Bruna season one – I hadn’t studied it before. I can see, and viewers can too, my evolution with Bruna. She is a very different character now compared with who she was in season one. You see this girl evolve into a more mature woman later in life and becoming more confident in herself and what she wants.”

Bopp says the launch of Me Chama De Bruna shocked audiences in a country that, “even though people don’t really believe it,” has a conservative society. “Bruna was really controversial. Sex and human sexuality are still taboo,” the actor notes. “Bruna was talking openly about it on the internet and telling how it changed her life for the better. She was empowered by it. I understand people may judge this or question it, but she was there putting her face in the world and talking about these things. That’s why it was a shock. She was like a slap in the face of Brazilian hypocrites.”

However, Bopp is also keen to point out that the show isn’t just about Bruna. “We have trans women, black women, women who worked with her in another brothel. These are really different women from different origins who do sex work for different reasons. But it’s a TV show – it can’t be considered a documentary.

“What we do is look at prostitution in a non-judgemental way. We see it in an honest way from a different point of view. We have been successful in humanising this character. She became really controversial in Brazil and people think she’s like a robot whose only talent is sex. But we show her pain and suffering, the good and bad sides of her life. It’s a complex series.”

Me Chama De Bruna also serves as an example of how screen roles are progressing for women in Brazil, where Bopp says things are changing but “in slow steps.” She continues: “In other parts of the world, we can see this movement getting more effective, faster than Brazil. I think we are getting there, but slowly. I wish we had more different and complex roles for women that didn’t require being naked, to be honest.

“Our stories were told by men for a really long time. Now, not only are we in the leading roles, we are also producers behind the camera. This sends the message that we can be anything and we are complex figures – not only the passive wife or the sexy nurse or the prostitute. Bruna is a great role because we can show different sides of her, whereas usually prostitutes are shown as victims. I think it’s encouraging.”