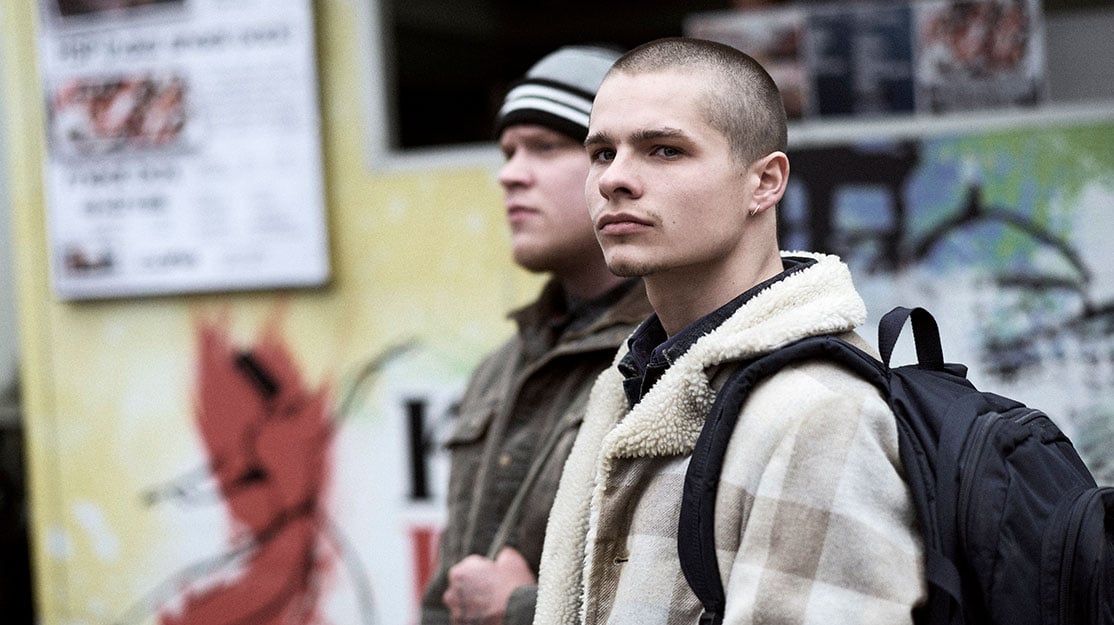 Back to the old stomping ground

Iconic Australian film Romper Stomper is getting a small-screen sequel, 25 years after it first appeared in cinemas. Here, producers John Edwards and Dan Edwards and creator Geoffrey Wright tee up the series, which has been commissioned by streamer Stan.

Romper Stomper launched the career of Russell Crowe when it first hit the big screen in 1992. Now 25 years later, the controversial Australian film has inspired a television sequel ordered by SVoD platform Stan.

Picking up after writer/director Geoffrey Wright’s film, which followed a gang of neo-Nazis (led by Crowe’s Hando) in Melbourne, the six-part series is described as a high-stakes crime drama and political thriller that explores the human face of extremism. In particular, it follows a new generation of the activist far right, their anti-fascist counterparts and three young Muslims caught up in the conflict.

The show is produced by Roadshow Rough Diamond in association with Screen Australia and Film Victoria. Its producers are John Edwards and Dan Edwards, with Wright also returning to direct alongside Daina Reid and James Napier Robertson. The series has been written by Wright, Robertson, Omar Musa and Malcolm Knox.

What was behind the decision to bring Romper Stomper to television?
John Edwards: When we started with Roadshow, Dan had looked through their distribution history – and one title jumped out as having had such a huge impact on him as a teenager.
Dan Edwards: I tracked down Daniel Scharf, who was one of the producers of the original film. We met with Geoff and Daniel the following week. After an hour of quite forthright discussion, we had an embryo of a concept that scared the hell out of all of us, but in such a way that none of us could walk away from it.
Geoffrey Wright: Clearly, the ascendancy of Donald Trump in the US made the blended issues of culture, race and politics uppermost in the zeitgeist.

In what way is the film still relevant today and how will you use the original themes in the series?
John Edwards: Back then, it was an exciting study of a group at the very fringe of society. Now, extremists who are not so different are right at the centre of political power and our cultural life.
Dan Edwards: Over the past few years I had grown interested in international groups like [anti-fascist movement] Antifa. It struck me that the anarchic core of the original film was probably more naturally attributed to the antifascist/anarchist movement than the fascists who in Australia today are more often jet-skiing, outer suburban types with mortgages. Australian fascism is much more hidden in plain sight and, as a result, scarily close to the centre of society.
Wright: In the old film, newcomers to society – in this case Western society – are demonised and made the focus of irrational fear and loathing. Today’s newcomers are often second-generation Australian Muslims, and they are the current focus of misplaced fear and loathing.

Had you thought about the series before now?
John Edwards: We decided to make the show while the Trump campaign was gathering, without knowing he would be elected or the subsequent coming out into the open of extreme right-wingers would happen. And this at a time when Australian politics has a hamstrung parliament…

How has the show been developed with Stan, a streaming platform rather than a traditional TV channel, in mind?
John Edwards: Stan was always the right place for a show that was both intrinsically noisy and needing to be executed with a great deal of creative freedom.
Dan Edwards: Romper Stomper could almost have been made nowhere else. Stan has shown tremendous courage at every stage of the development and production process.

How has the writing process taken shape?
John Edwards: We put together a story room based around Geoffrey, James and Daina [the three directors], and Dan very much wanted to seek out new writers’ voices to drive that room – hence the novelist/journalist Malcolm Knox and the novelist/poet Omar Musa.
Dan Edwards: After working on a brief outline with Geoff, we decided to try to reach for new and exciting talent, given the talent drain in Australia to the bigger English-speaking markets. This required a number of quite unusual cold calls. James Napier Robertson was one of the first, as I’d been keen to find an excuse to approach him since watching The Dark Horse, and he joined the writer’s room the following week. I called Omar while he was taking some time off deep in the Indonesian jungle somewhere, and he flew straight into Sydney and into the room, while with Malcolm we had been searching for a project to work on together, as both John and I were big fans of his novels and sports journalism.

Geoffrey, how do you balance writing and directing duties?
Wright: The two have always been linked to me, so balance isn’t an issue.

How would you describe the visual style of the series?
Wright: That will vary a bit between directors, but it’s safe to say it’s energetic and restless.

What was the decision behind Jacqueline McKenzie and Dan Wyllie reprising their original roles as Gabrielle and Cackles, and how do they fit into the new story?
John Edwards: The concept from the get-go was picking up the story a generation later, imagining where the survivors would land.
Wright: McKenzie’s role was a major one in the movie and the notion of her being a mother and exploring her relationship with her son is central to the new story. In the case of Wyllie, he played a prominent and memorable character in Hando’s gang and represents the pull of the past on current events.

What are the biggest challenges in producing the show?
John Edwards: From the very start, we were determined to have at least two action sequences, with all the energy of the original per episode. That’s very hard to achieve across six episodes, but we’re doing it.
Dan Edwards: Telling the story from multiple points of view, given that the original film was more or less from one, the skinheads. Geoff and the team were not interested in remaking the movie, so we’ve stretched what’s possible to tell as many sides to a contemporary story as possible within six hours.

What’s the message behind the series, 25 years after the film?
John Edwards: I don’t know about a ‘message,’ but in throwing these different points of view into a plausible mix, there are lots of cautionary tales.
Dan Edwards: That’s a hard one… Perhaps that violent extremism is less effective than playing a centrist long game?
Wright: The series is about identity and the idea that there is far more to that than simply blood. Blood is not destiny.

What is behind the trend for film-to-TV sequels or reboots?
John Edwards: Producers are always looking for a good story, and inspiration can often be found in the past. But for networks, there’s the advantage of there being a brand. In this case ,though, the story is even more important in a contemporary context.