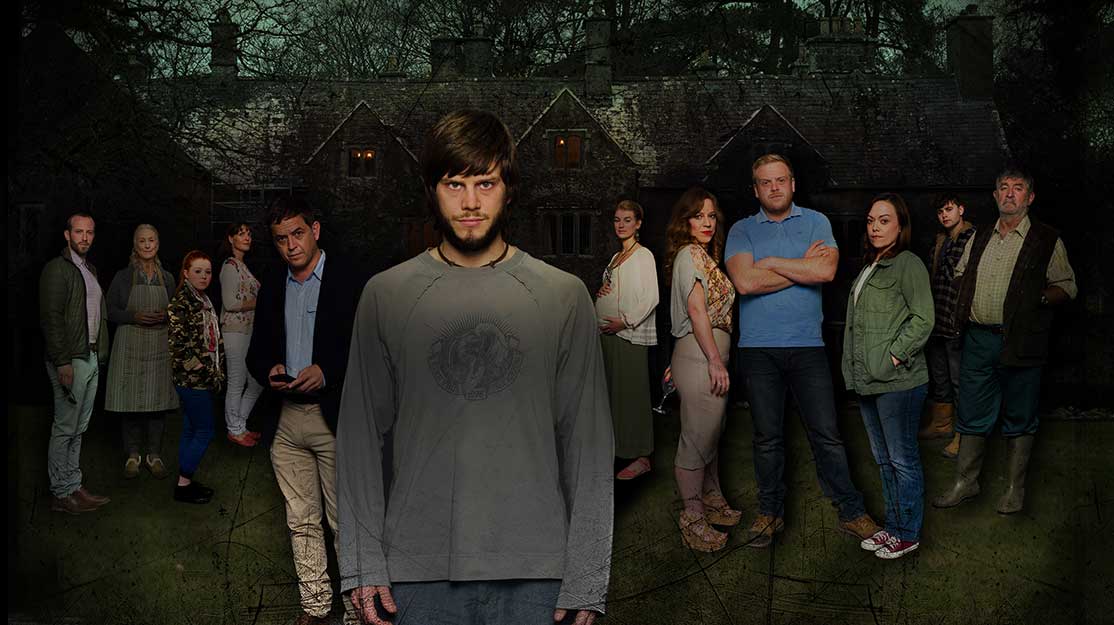 It’s not whodunnit but who will do it in the case of Welsh drama 35 Diwrnod (35 Days), which starts with a murder and rewinds to see how events led to the killing. DQ hears more about the series from writer Siwan Jones.

In the crowded world of television drama, the need to stand out can be the driver for greater creativity and innovation.

But for Welsh crime drama 35 Diwrnod (35 Days), the show’s tight budget also challenged co-creator and writer Siwan Jones to come up with a fresh format that wouldn’t break the bank.

The series, which began in 2014 and recently aired its third season on S4C, opens with a murder before rewinding 35 days and revealing the events that led up to the killing, tasking viewers with figuring out who did the deed.

Season three was set on the Dolmen family farm, where the children suspect that their uncle persuaded their mother to change her will. As they challenge him and demand to have the land back in their hands, jealousy and violence bring a dark cloud over the farm, leading to the death of the youngest brother, Ifan, played by Gwydion Rhys.

Series writer Jones works on storylines with William Owen Roberts, before writing the scripts herself.

“It’s not a whodunnit but a who’s going to do it!” she jokes. “The problem is, if you’re writing in Welsh, you’re constrained by the budget. You only get £200,000 [US$258,423] per episode, which is nothing compared to Netflix and even some BBC dramas. So you have to be quite innovative.

“It does restrict you in terms of locations, characters and the number of filming days. So what we did was take the crime drama and turn it upside down. So instead of having the police look for who did it, we show what happened at the beginning, revealing the murder, and then going back 35 days. So the idea is for the audience to guess who is the murderer. And we’ve got different storylines weaving in between each other, so they’ve got to play the game as the detective.”

In the first season, viewers just saw the body at the opening of the first episode. Then in the second season there was a scene before the murder took place, where the victim fell off a tall building. In the third, viewers hear a gunshot but cannot see who pulled the trigger.

But it’s not just the opening scene that changes from season to season. “Each one has been totally different with regards to mood and location,” Jones explains. “The first one was set in suburbia, in a cul-de-sac with five houses. The second season was set in an insurance claims department and the third season is now set in a farmhouse in West Wales.

“It’s all-new characters and all-new stories. So the mood is totally different. And for some reason, this season has gripped people more than the other two.”

The limited budget available to Jones means that while she had to come up with an innovative way to frame the story, she must also exert a certain amount of self-editing to ensure that her script, and subsequently the production process, is as efficient as possible.

“Because you can’t afford to film something that doesn’t end up on screen, after you finish the script, you edit it down to really what should be on screen,” she says. “Usually you do the editing in the editing suite but with this, I’ve got to edit it myself and try to get it down to roughly where the length of the episode should be. That’s one of the problems with having budget constraints like this. You have to write, in detail, what you’re seeing in your head so the directors and the actors know what you’re trying to create.”

Like the finished product, Jones’s writing process is also somewhat back to front, as she first decides who the victim and murderer are before going back to the start to work out the story that leads to the slaying.

Jones continues: “But what’s funny is, by the end, we think we should kill somebody else! It has to be quite organic when you’re working the whole story out, so the murderer does change. You have to have at least five possible suspects and you need people to think she or he is the one that’s going to do it. But then you twist it, with red herrings here and there to make the audience play a guessing game and to keep them on the edge of their seats.

“It’s a big challenge [to refresh the series] creating the characters and the scenarios but once you get to the end, it all goes to the same place. You’ve got to kill somebody off, and that’s really hard to make it work and make it make sense. But now I want to move on and write something else. I’d like to do a comedy after all this!”

Jones has written more than 90 hours of Welsh-language drama during her career, and was behind a series called Con Passionate, in which a female singer takes the role of conductor with a male voice choir. It won the Rose d’Or award for best soap/light drama in 2007.

On the back of the international success of fellow Welsh crime series Hinterland, Jones hopes Welsh drama can have the same impact around the world as has been seen with series hailing from Scandinavia, Israel and more.

“With Hinterland, it was great that Welsh-language drama was seen on BBC4 and Netflix,” she adds. “It would be great if this was ever shown on the BBC. What people are saying a lot is that, because it’s in the Welsh language, people aren’t as interested in it, which is a shame. We may not be able to afford a helicopter scene or an explosion, but we try our best to create interesting stories and characters.”