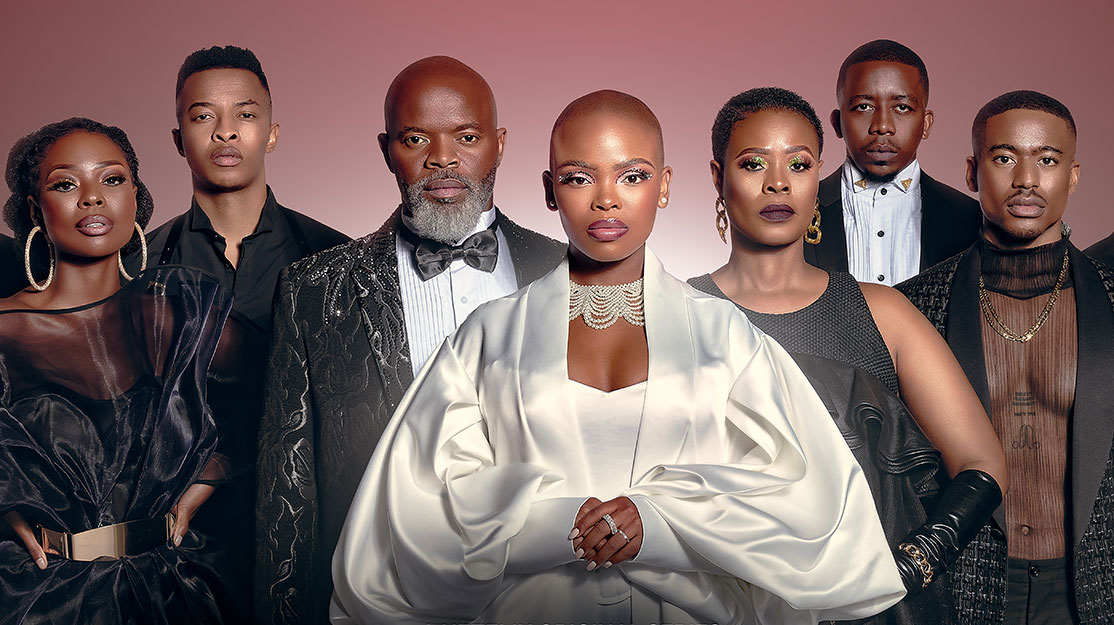 A thing of Beauty

Blending telenovela melodrama with topical issues facing South Africa, Savage Beauty is a story of revenge set against the backdrop of the beauty industry. DQ hears from creator Lebogang Mogashoa and executive producer Harriet Gavshon about how they made this Netflix original series.

As the creator of one of Netflix’s first African original scripted series, Lebogang Mogashoa admits the opportunity to make a show for the global streamer was one he struggled to get his head around.

“There’s huge expectation in terms of what Netflix means and the fact that it’s going to show globally,” he tells DQ. “This is an opportunity for South African work to be shown in so many countries. And to think about all these different countries where people are watching this, it is a different world. It’s a new way of doing things. For South Africans, it’s exciting.”

Johannesburg-based Quizzical Pictures had been talking to Netflix about potential projects for some time, but it was when the production company partnered with Mogashoa on six-part drama Savage Beauty that it landed a commission. “They took it off the page – it wasn’t a long pitch,” says Quizzical MD Harriet Gavshon.

Mogashoa picks up: “I had written a couple of episodes on a show Quizzical did and we’d been wondering if there was something we could work on together. This then became the opportunity to do that. But I honestly thought we would be pitching multiple shows for a couple of months. It was a shock to get this show instantly.”

Savage Beauty’s story begins 15 years in the past, when Don and Grace Bhengu test a toxic beauty product on a group of children living on the streets. Fast-forward to the present and one of the two survivors of the tests, Zinhle Manzini, returns to seek her revenge.

Infiltrating the Bhengu family as the new face of their company, Bhengu Beauty, Zinhle becomes an invisible force that exposes their darkest secrets, leading the Bhengus down a path of destruction. But when her own darkness threatens to consume her, Zinhle must decide whether she wants justice or revenge.

Savage Beauty launched this May in the wake of previous Netflix African originals including Queen Sono and Blood & Water. It first started to take shape in 2019, when writing began before the official commission, with development then getting under way in earnest in 2020.

One of the biggest challenges of making the series came early on, when Mogashoa faced the prospect of crafting a telenovela – melodramas that can stretch over hundreds of episodes – in just six parts. “Usually, it’s set in this world of rich and fabulous characters, and a lot of telenovelas in South Africa have explored different issues and different kinds of industries,” he says. “The beauty industry wasn’t something we had seen in terms of a world of beautiful people, and that felt like a natural place to explore.”

While issues around skin lightening and skin bleaching are among the main themes of the series, Mogashoa says he didn’t intend to make any kind of statement on the often controversial treatments. “It’s not like we’re trying to make a show about the dangers of skin bleaching,” he continues. “But when you’re telling this kind of story, when you’re in this world, there’s sometimes a dark element running underneath that fabulous world, and that’s where that came from.”

Because he has seen a lot of people using similar products, writing a story about the impact of skin bleaching and lightening wasn’t a far-fetched idea for Mogashoa, who wanted to explore the idea of appearances and what lurks underneath. “But it’s not a show that is didactic,” he says. “You’re not going to individuals and judging their decisions for using bleaching or lightening, because it’s such a complicated issue. The way we dealt with it, we wanted to tell a story of exploitation. It just was framed in this world of beauty.”

Gavshon was always keen on the skin-lightening storyline because her parents were chemists who were often anxious about the effects products could have on people’s skin. “It was a big feature of my childhood, so I was delighted to be involved with something that told that story,” she says. The exec producer is also keen for any series to have some sort of social impact. “Even though this is just a straight melodrama and extremely entertaining, I always think, ‘You’ve got the privilege of six hours of people’s attention. Let’s do a little bit of good here.’”

Packed full of dramatic plots and romantic twists, telenovelas can often prioritise story over character development, but Mogashoa made a concerted effort to ground Savage Beauty’s characters in realism, not just through the writing but also via the direction and the performances.

One example is a scene in the first episode where Don is left by his mistress, Ruby (Nandi Mbatha). “It was such a nothing scene. It was all about how she’s leaving because Grace got to her,” he explains. “But the acting and the way Don reacts, I thought that moment did so much to humanise him for the rest of the series. These are people who have real wounds and real wants. While they don’t have time to sit and reflect on things, and they probably make decisions that you and I wouldn’t make, they are always rooted in something real while they’re going through their fantastical lives.”

Mogashoa led a writers room to help build the scripts and “really investigate these people and the scenarios,” talking about South Africa, privilege – or the lack of it – and what happens when young people lose trust in the systems that run a country. With notes from Netflix, he also had to figure out how the story would work on a streaming platform and how bingeable it was going to be.

The hardest part, he says, was mapping out Zinhle’s journey – a revenge story that had to hit certain story beats while also ensuring that viewers understand her motives, even if they might not agree with them. “I love women who do terrible things and don’t have to justify themselves,” he continues. “It’s like the characters I’ve always loved as a child, like Cruella de Vil, so my challenge is always to realise that as a writer and a storyteller.

“I love Zinhle; she’s justified in every way. But you realise that just because someone has gone through terrible things, it doesn’t mean everyone agrees with their method of dealing with those things. So it was important to figure out, if she’s such a runaway train, how do we keep rooting her in that pain? That was a very important part of the storytelling because, if you lose her, if you don’t care about why she’s doing these things. And if you don’t understand why she’s doing it, you are not going to be on board for the show.”

The action unfolds on location in Johannesburg, and Gavshon was particularly keen to show a particular side to the city that people in South Africa, the wider continent and around the world aren’t already familiar with.

“What audiences really appreciate about work that comes out of South Africa and Nigeria is that it’s not all about poverty,” she says. “It’s able to represent the human experience in all its facets as well as in wealth and style, and it shows Johannesburg as a wealthy city as well as a very poor city. It’s got fantastic restaurants and bars and buildings and it’s got a lot of style. Of course, there’s extreme poverty and there’s all sorts of other things. But for this show, it was really about the style of Johannesburg.”

As the series creator, Mogashoa loved being able to be across all aspects of the production once the scripts were completed. Music, in particular, is a big part of the show, but the writer hadn’t realised quite how many references to the soundtrack he had used in the script until the line producer asked him to compile a playlist.

“This kind of show really comes alive with the punctuation of music,” he says. “Good choices were made from the beginning, from the director, the editor and music supervisor and all of us understanding the role music and sound played in this. It did end up becoming a big part of the show. Also, in terms of the genres of music in the show, there was a variety. It was just such a beautiful showcase of what it’s like to be South African.”

Filming took place last year in the middle of a Covid-19 wave, which caused the schedule to be reorganised several times when cast or crew fell ill. Production was further complicated by riots in July that were sparked by the imprisonment of former South Africa president Jacob Zuma.

“Those are challenges but they’re our job also,” Gavshon says. “It took us a little while to get used to how to work in the time of Covid. Once we get the hang of it – and we work with very good health and safety people – it just becomes our job.”

Earning a place in Netflix’s English-language global top 10 for two weeks after its launch, and reaching the top 10 in 14 countries around the world,  Savage Beauty is “enormously entertaining and fun,” even while dealing with some “terrible things” in a heightened way, according to Gavshon.

Mogashoa adds: “The core of it is so real – inequality, exploitation… I had a crisis before the show came out where I realised just how many dark things were in the show and I was horrified. I was like, ‘How did we make a show like this? Will it land, will it work?’ And it does.

“So many horrible things happen to these characters, but there’s a lightness of touch that keeps you entertained while you are facing these very real issues. It’s a great achievement for everyone involved to be able to make something so entertaining and bingeable but that also says something.”