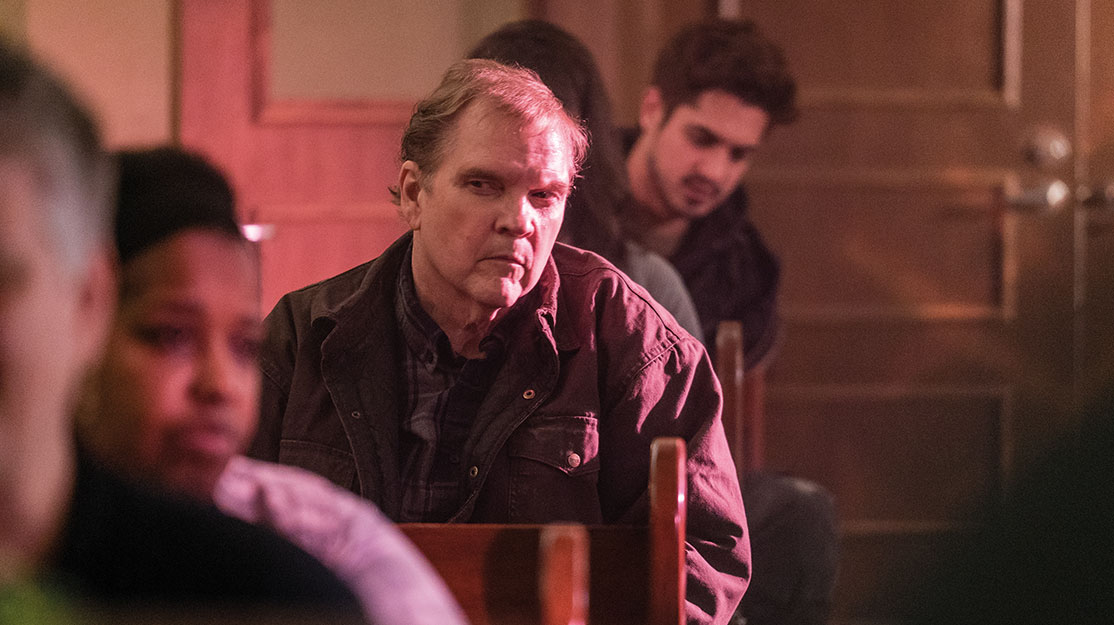 A slice of the action

Rock star Meat Loaf does battle with his demons as he continues to build his extensive acting career with a starring role in paranormal drama Ghost Wars.

For a man known best for his operatic rock star persona, Meat Loaf has amassed an impressive array of film and TV credits since he made his screen debut in the 1960s. David Fincher’s 1999 classic Fight Club stands out, of course, though roles in The Rocky Horror Picture Show, Wayne’s World, Nash Bridges, House, Glee and Elementary are all evidence that the singer has long established a parallel career as an actor.

He’s now starring in Ghost Wars, a supernatural thriller airing on US cable channel Syfy and worldwide on Netflix. Set in an Alaskan town overrun by paranormal forces, it principally follows Roman Mercer (played by Avan Jogia), who must harness his repressed psychic powers and save everyone from the mass haunting that’s threatening to destroy them all.

Meat Loaf plays Doug Rennie (pictured in character above), a bully and a tyrannous handyman who makes it his mission to torment Mercer. When the town descends into chaos, he charges to the front of the lynch mob, ready to point fingers.

Speaking to DQ from Ghost Wars’ Vancouver set, Meat Loaf comes across as a very considered, hard-working and thoughtful actor, who admits he is constantly striving to improve his screen performances having started acting on the stage.

“People tell me, ‘You’re really good,’ but I just say I’m not good enough,” the star says. “The minute you think you’re good, you’re no longer good. So all I do as a human being is continue to work and continue to be better, in every shot. It’s not as difficult physically [as singing] but mentally I’m in the middle of the sun. I really attack the scene. I put so much effort into it. I’ve never been complacent.”

The effort to avoid complacency means his fans have never seen the real Meat Loaf on screen, as the star refuses to accept cameos where he is asked to play himself. Instead, he prefers to adopt a new character each time he is on screen, much like the way he embodies a different character for each of his songs when he performs on stage.

When asked if he sees his future in music or acting, Meat Loaf is clear about the direction of his career. “I have no music plans whatsoever,” he says bluntly. “The music industry is completely insane. Radio completely ignores my songs because I’m not 16 or 21. If that’s the way it is, so be it.” That being said, he sees lots of similarities between the two branches of show business.

On Ghost Wars, a 13-part series produced and distributed by Nomadic Pictures, Meat Loaf was also keen to see his fellow cast members in action so he could build his character around them. “Even on days when I wasn’t working, I knew there were characters I would meet so I went to see who they were,” says the actor, who enjoys binge-watching series including The 100.

“I watched them working to see who these characters were. This show is not about ghosts but more about the people and personalities in the show and how they are related to each other. Doug is very angry at himself. He projects that anger only at other people.”