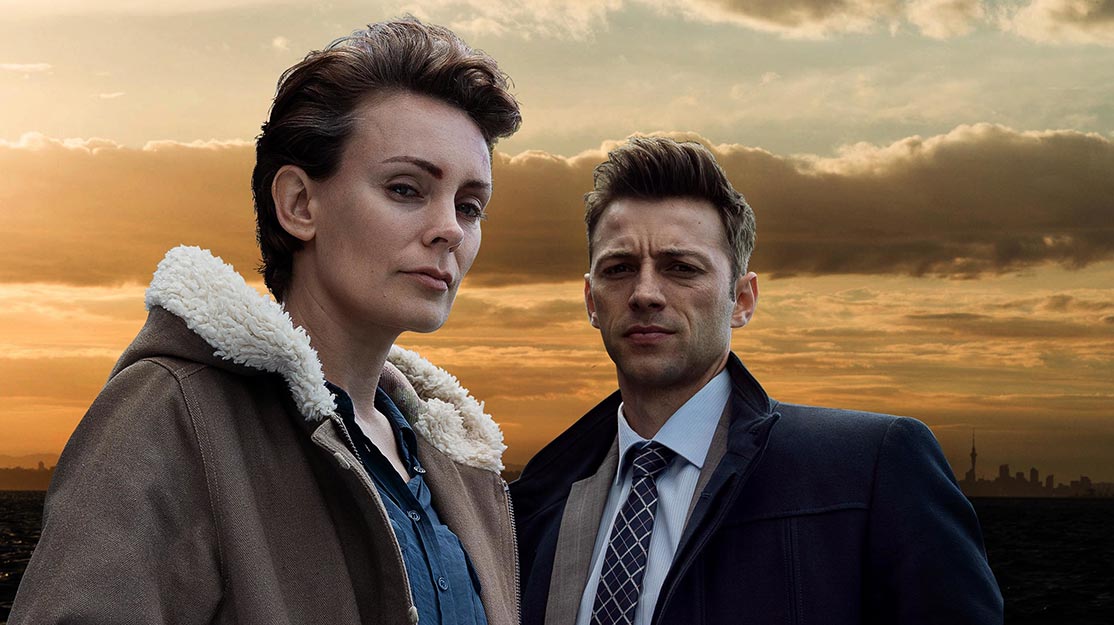 A round of Gulf

New Zealand drama is making its mark on the international scene on the back of two ambitious coproductions fuelled by producer Screentime NZ, as CEO Philly de Lacey explains.

Isolated in the South Pacific Ocean, New Zealand lies more than 2,000 miles from its nearest neighbour, Australia. Yet in television drama, it is building bridges with countries on the other side of the world thanks to two series produced by Screentime NZ.

First there was Straight Forward, which told the story of a Danish woman trying to escape her criminal past by starting a new life in New Zealand, where she must adopt a new identity to escape those trying to track her down.

Screentime partnered with Copenhagen’s Mastiff to produce the eight-part series, which debuted earlier this year.

Simultaneously, Screentime was also engineering a German-New Zealand coproduction, which led to the creation of thriller The Gulf, which launched in September on Germany’s ZDF under the title Auckland Detectives.

Produced by Screentime, Lippy Pictures (Jean) and Letterbox Filmproduktion (Bad Banks), the drama centres on the moral disintegration of Detective Jess Savage (Kate Elliot), who finds herself caught between upholding the law and morality as she investigates crimes on her home patch of Waiheke Island, New Zealand.

After losing her memory in the car crash that killed her husband, Jess becomes determined to bring the guilty party to justice. Convinced that someone is trying to kill her because of something she has uncovered in a recent investigation, she begins retracing her steps. But as she gets closer to the truth she so desperately seeks, Jess discovers that her world is not so morally black and white.

The series was later picked up by MediaWorks’ Three in New Zealand and Nine in Australia, and is set to debut this Wednesday on Sundance Now in the US.

Screentime initially partnered with writers Donna Malane and Paula Boock, who had come up with the idea for the story. “It’s set far from the city but is a microcosm of society on this small island,” says executive producer and Screentime CEO Philly de Lacey. “It created for us a really distinct world that wasn’t too specifically New Zealand; it could be set anywhere. We had a great lead character in Jess, whose husband had just died in a car accident and she was trying to figure out what happened, which created a great and unexpected story across the series.

“Then we started talking to ZDF. They’ve got some English-language slots and typically take English drama from the UK, so it’s quite unusual for them to be looking at a drama from New Zealand. But it was quite fortuitous because the commissioning team had visited Waiheke not long before we pitched it to them. They understood the world we were talking about and they loved the idea of crime and nature together. It was something they hadn’t seen before.”

However, German crime dramas tend to have episodic elements, and ZDF was looking for three self-contained 90-minute films to screen for its local audience. This posed a creative problem for the writers and producers, who had conceived the series in six 45-minute parts.

“We then designed the series to have episodic stories that lasted two episodes and had a really great hook halfway through so we could draw the audience into each episode, but then we also had a strong serial arc that ran across the series that resolved itself at the end in a really beautiful way,” de Lacey says, explaining how Jess’s personal story dovetails with three criminal cases that have a major impact on her career.

“What the writers also managed to do, which I thought was really clever, was take all the storylines that were seemingly completely unrelated and intertwine them in a unique way at the end. They really came up with something very special, full of beautiful, complex, multi-layered characters.

“The other thing that happened was we ended up with an entirely Kiwi cast, which I thought was pretty special for a show that was predominantly targeted at an international audience. ZDF really embraced the look of it and we were really lucky. I’m not sure how often that happens.”

Filming took place in Auckland, with the crew also spending 10 days on Waiheke, which sits in the middle of the Hauraki Gulf, the main waterway into the city near the northern tip of New Zealand’s north island.

“It’s white sandy beaches, foreboding rocky beaches, small townships. It has a small population but also a lot of holidaymakers on the island, so it made for a unique shooting location but allowed Jess also to go back to the city from time to time when she needed to,” de Lacey says.

“Anyone who’s ever visited New Zealand will have an understanding of it but, until you arrive, you don’t realise how diverse it is. One of the things we say is we have every geographical formation in the world in a very tiny space – we have mountains, fjords, white sand beaches, glaciers, subtropical rainforest. We have this crazy little microcosm of the world.”

Overseeing a series that had to work narratively in both 60- and 90-minute instalments provided de Lacey with a fresh challenge, but she says The Gulf works in both formats because it was a requirement from the start, rather than the show being retrofitted to suit one or the other.

“That was the biggest anomaly for me, but the biggest surprise was that it’s all English language with an all-Kiwi cast,” she notes, acknowledging actors including Elliot, Ido Drent, Jeffrey Thomas, Pana Hema-Taylor, Mark Mitchinson and Timmie Cameron. “I wasn’t sure what we were going to be allowed to do [with a German commissioning broadcaster] but we ended up with such a strong cast, it was so cool. ZDF really embraced the cultural nuances of New Zealand. They loved it and wanted more of it, and I thought it was interesting that they wanted to explore our world. They loved the idea of crime and nature in this world that they hadn’t seen before.”

De Lacey says the strangest part of the process was watching the series, which is distributed by Banijay Rights, later dubbed into German ahead of ZDF’s broadcast. But with the success of Straight Forward and now The Gulf, it’s unlikely to be the last time her own shows are translated for audiences around the world, such is the interest now in ‘Southern noir.’

“We set out to do something that was unique and different,” de Lacey concludes. “The New Zealand world we were able to provide is something people haven’t seen before. The story was gripping, the production was great and I’m wildly proud of the series. It brings those different cultural values together and allows you to create something you might not have come up with before. That’s what makes it really distinctive.

“Both Straight Forward and The Gulf have been really well received internationally and it’s great for New Zealanders. We’re on the other side of the world in the middle of nowhere, so it’s great our shows are starting to make an impact on the international landscape.”