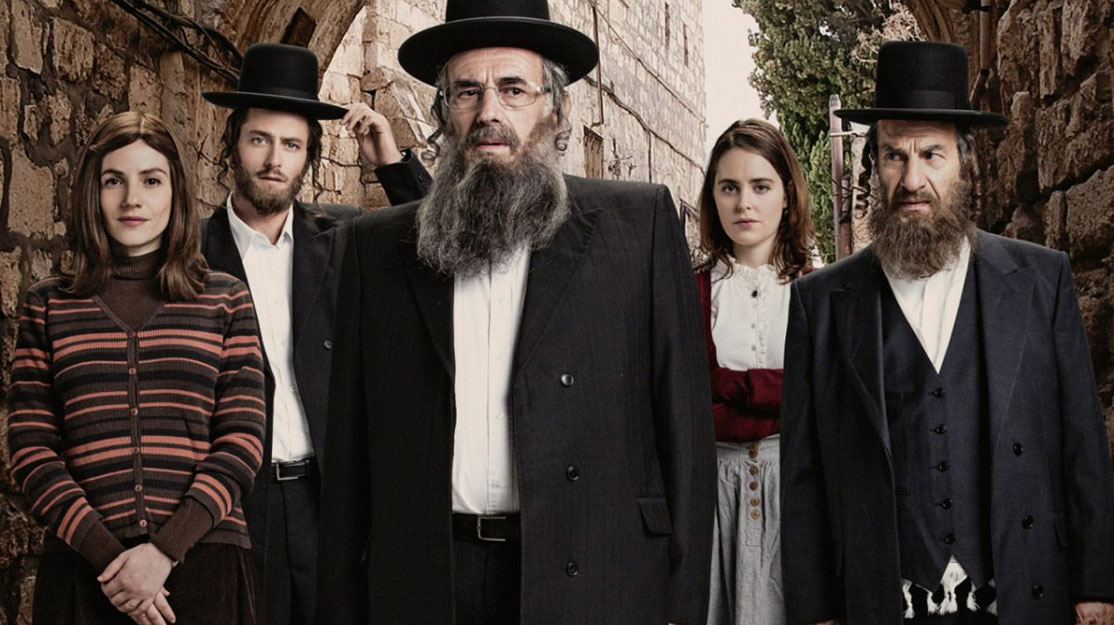 A parallel-future Israel is split between religious and secular societies in Autonomies. DQ meets co-creator Ori Elon, producer Efrat Dror and broadcaster HOT’s head of production Guy Levy to hear why the dystopian drama has echoes of contemporary society.

Israeli drama Autonomies imagines a country where society is divided. Jerusalem has become completely Orthodox, while Tel Aviv is a secular state. As the series progresses, tensions between the two sides are exacerbated when a midwife reveals she switched two babies at birth seven years earlier.

However, the central theme is one that may be familiar to many living in the country. “The society of Israel is divided between secular and Orthodox religions, between Arabs and Jews, and between left and right. We have a lot of conflict,” says producer Erfrat Dror, CEO of United Studios of Israel. “The majority of people are secular and the conflict between religions and the secular is how they are serving the country. The Arabs and Jews is also a conflict and we now have an autonomy of Arabs in Israel. So it’s very relevant.

“This series is a mirror to society. If we do not look at our problems inside and try to solve them, it’s a topic that one day will be a reality.”

Elon and Indursky have worked together for almost eight years, previously partnering on Israeli series Shtisel, which told the story of an ultra-Orthodox Jewish family living in Jerusalem. It ran for two seasons from 2013 on satellite platform Yes.

Autonomies was to be their next project, with the story born out of two ideas. The first was a modern Israel with a new Jewish state contained inside, while the second was inspired by the Judgment of Solomon, a story from the Tanakh (Hebrew Bible) that tells of two women claiming to be the mother of a child. Solomon revealed their true feelings by suggesting the baby be cut in half – the non-mother was happy with this idea, whereas the real mother begged him to save the child.

“For years I had a deep connection with this story,” Elon explains, “because my grandfather was a judge in the Supreme Court of Israel and had a famous case 30 years ago, the Carolyn/Bruna case about a little girl with two parents who were fighting for custody of her. It never left him and he talked about it a lot. I became a storyteller and I can identify with both sides.”

This story of child separation and the moral and ethical dilemmas it creates takes place in a fantasy world. But “it’s not a fantasy from another planet,” Elon says. “Our series isn’t realistic, but it’s heightened.”

Guy Levy, head of production for HOT, picks up: “Some will say we’re already there [in the show’s heightened reality]. There are neighbourhoods of ultra-Orthodox people in Jerusalem and Tel Aviv. We are almost separated. Maybe some will say it’s dystopic, and it is, but some will say it’s the future and it will come.”

Levy adds that HOT is not afraid of dealing with controversial or provocative storylines, and that it was “easy” to greenlight the series.

Dror says: “You have to be a company that has a lot of imagination and vision to do such a series. It’s brave to take the decision to do it because it’s not mainstream, it’s dark. It’s not very optimistic. But I think it’s the kind of material that cable and satellite has to do because it’s a very relevant social issue that has to be discussed in society. This is an original way to do it and while it’s between dystopia and reality, it’s time to put it on the table.”

Levy adds: “This issue in Israel is a big elephant in the room that no one talks about. Everybody sees it, everybody lives and breathes it, but nobody talks about it. The series puts everything on the table.”

If so much of the basis of Autonomies is already prevalent in real life, could the story not have been explored through a documentary? Dror says lots of factual programming already looks at issues between religious and secular societies but, by making a drama, “we have a story that you can identify with, as with Ori’s grandfather in a way of telling a story about a little girl with two families fighting for her.”

She continues: “It’s a very original way to tell the story and be emotional and identify with the characters to see the other sides of the issue. It’s for the viewer to decide who is right. It’s the modern Solomon trial.”

Elon and Indursky both coming from Orthodox Jewish families is also what makes this series unique, Levy says, adding that it might have been a very different show had the creators not been raised in a religious environment. “Their point of view is what’s interesting in this story,” he adds.

Dror describes the scripts as “poetry,” noting that Autonomies is written “sensitively and creatively to the story and the issue.”

“It’s exciting because I think it’s an important issue and they find a very good way to discuss it within the society of Israel,” she says. “I hope the public will enjoy and love it.”

The series wasn’t easy to make, however. Dror describes it as a major production, particularly in a country that has built a reputation for highly original series produced on a relatively small budget compared to the US and some European countries. “The whole industry in Israel does well handling small budgets compared to the rest of the world, and the results are often very high,” Dror says. “It’s not easy but we are proud to tell this kind of story and to have the opportunity to work with such talented writers and directors.

“Because we don’t have money, we have to create something. We work without money. We have to create ways to produce television and tell a deep story. We’re doing well because we’re hungry to create and say something to the world.”

Elon also praises the relationship between HOT and United Studios. “We came to them with a broken story about a broken reality and they didn’t try to make it sweet or make it cheaper to produce or anything like that,” he says. “They worked with us.”

The series is due to debut later this year, while Levy is already looking ahead to a potential second season. “I think it’s just the start of dealing with this story in Israel,” he says. “I hope the series will make people talk and deal with our situation in Israel.”