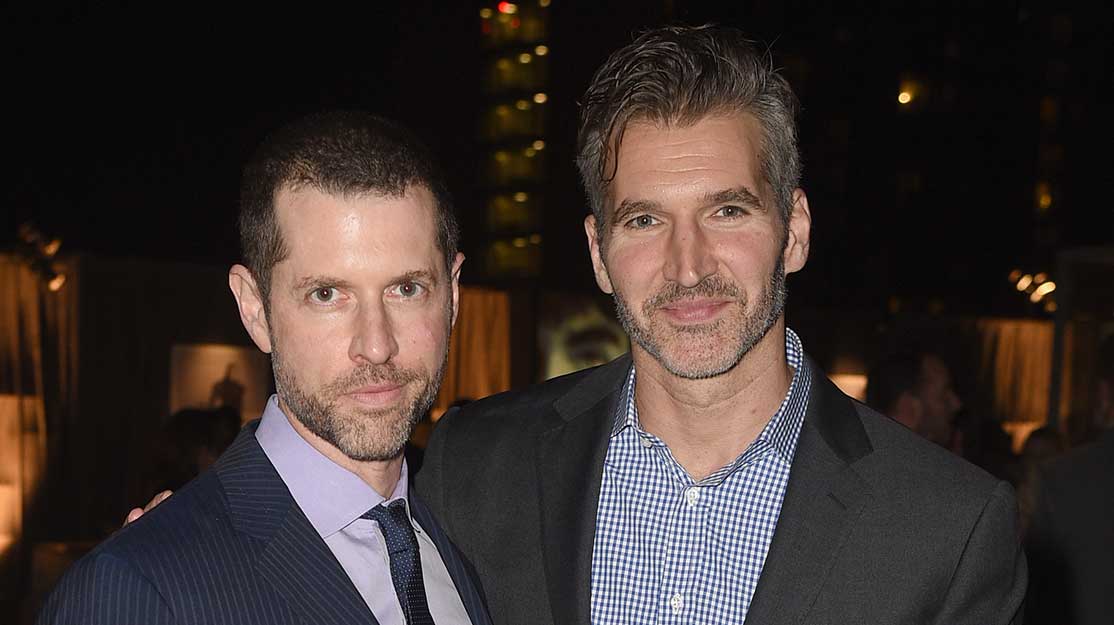 Game of Thrones creators David Benioff and DB Weiss have ruffled some feathers by revealing their plans for life after Westeros. Stephen Arnell analyses their proposal for a new alternative-history drama about the Civil War.

The announcement by HBO of Game of Thrones (GoT) showrunners David Benioff and DB Weiss’s new alternative-history drama Confederate has generated headlines.

With the final, truncated six-episode season of GoT still a year off, Benioff and Weiss (pictured above, Benioff on the right) appear to have lost no time in lining up their next project for the cablenet.

Coming off the back of their successful world-building in GoT, Confederate presents another scenario where the duo can create their vision of a complex society from the ground up.

According to HBO’s press release, the show “chronicles the events leading to the Third American Civil War. The series takes place in an alternate timeline, where the southern states have successfully seceded from the Union, giving rise to a nation in which slavery remains legal and has evolved into a modern institution.”

Tackling an original concept without source material (differing in this regard from GoT), Benioff and Weiss obviously believe in giving themselves enough time to map out the story in a considered fashion, especially now they have reportedly relinquished any role in the many mooted GoT spin-off series and movies.

The subject matter of Confederate is inherently controversial and the pair have already responded to the criticism they have faced since the series was announced by drawing attention to the fact that their writing partners – Nichelle Tramble Spellman (The Good Wife) and Malcolm Spellman (Empire)– are black.

In an interview with Vulture, Spellman commented on the genesis of the show: “You’re dealing with weapons-grade material here.” But in acknowledging this, he also said: “As people of colour and minorities in general are starting to get a voice, I think there’s a duty to force this discussion.”

Tramble Spellman continued: “There is not going to be, you know, the big Gone With The Wind mansion. This is present day, or close to present day, and how the world would have evolved if the South had been successful seceding from the Union.”

In the same interview, Weiss stated: “It goes without saying [that] slavery is the worst thing that ever happened in American history. It’s our original sin as a nation. That sin is still with us in many ways. One of the strengths of science fiction is that it can show us how this history is still with us in a way no strictly realistic drama ever could, whether it were a historical drama or a contemporary drama.”

British actor David Harewood (Homeland, Supergirl) echoed the thoughts of some on social media that African-American and non-US Black performers may well boycott Confederate. On hearing the announcement of the show, Harewood commented on Twitter: “Good luck finding black actors for this project.”

The current polarised situation in the US recently led Watergate journalist Carl Bernstein to opine that the country was experiencing a ‘Cold Civil War,’ which gives some idea of the background to the furore surrounding Confederate.

Meanwhile, the arguments over the removal of monuments to the Confederacy in the southern states continue to rage, with sporadic acts of violence, illustrating the toxic atmosphere into which Confederate will launch.

Last December, TNT dropped Civil, its planned take on a contemporary US civil war, due to concerns that it may have felt “too close to home,” given the agitated mood of the US after the election of Donald Trump as president.

With the recent reboot of Roots (History), the movie Free State of Jones (2016) and 2015’s miniseries The Book of Negroes (BET), Confederate’s depiction of a fictional modern-day slave society could be viewed as insensitive, if not regressive – depending on how the material is handled.

Although blindsided by the immediate reaction to Confederate, Benioff and Weiss must now be fully aware that they will be under intense scrutiny and are presumably cognisant of the pitfalls that lie ahead of them.

Although alternative-history TV adaptations such as Philip K Dick’s The Man in the High Castle (Amazon Prime) and Margaret Atwood’s The Handmaid’s Tale (Hulu) have become increasingly popular, the subject of the slave-owning South either winning the Civil War or remaining in a stalemate with the North has proved understandably contentious in terms of TV and film, although it has spawned a cottage industry of novels.

The granddaddy of these was Mackinlay Kantor’s 1961 If The South Had Won the Civil War, which led to a slew of American Civil War alt-history books from writers including Alex Scarrow, Larry Niven and Stephen L Carter.

The lack of a source novel of critical repute for Confederate leaves Benioff and Weiss relatively exposed – there’s no original author to use as a shield.

Written and directed by occasional Spike Lee co-writer Kevin Willmott, CSA combines jet-black humour and social commentary to explore what life would be like in the present day if the rebel South had won the Civil War.

Due to the biting satire of the movie, which includes mock online Slave Auctions and racist TV adverts, it has been rarely shown outside festivals and IFC, but is available on DVD.

Aside from CSA, there are two US dramas that have a passing resemblance to some of Confederate’s themes: HBO’s 1997 parodic The Second Civil War and Amerika, an ABC miniseries from 1987.

Penned by Martyn Burke (The Pentagon Wars, Pirates of Silicon Valley) and directed by Joe Dante (Gremlins/Small Soldiers), The Second Civil War played the setup of a US “overrun” by immigrants and refugees pretty much for satirical laughs, although one wonders what kind of reception the TV movie would receive if shown today.

Amerika was a much more serious proposition, centring on a Soviet EMP attack on the US that disables all computer equipment and electronic communications followed by the subsequent turmoil when the country faces occupation, division and possible nuclear extinction as resistance to the Russians grows.

Playing over seven consecutive nights and apparently attracting up to 100 million viewers during its run, Amerika is a curious relic of the 1980s late Cold War era, although some may find in the series an element of prophecy, bearing in mind the cyber-wars currently being waged across the world.

Possible alternate outcomes to the Civil War were tackled in a broader fashion in TV series including The Time Tunnel and The Wild Wild West, while action movie Abraham Lincoln: Vampire Hunter improbably gave the author of The Gettysburg Address a side-line in slaying the undead.

As Confederate has yet to reach script stage, the burden of expectation the show faces is perhaps unfair – but could HBO in effect be ‘lancing the boil’ by announcing it so far ahead of its likely 2019 transmission date?

One potentially major problem will be in the marketing of the show. Back in 2015 the first season of The Man in the High Castle’s ad campaign proved extremely controversial and Nazi and Imperial Japan-themed subway ads in NY had to be pulled.

How will HBO promote Confederate? It’s going to be an unenviable challenge, but HBO has always prided itself on its ability and willingness to break new ground.