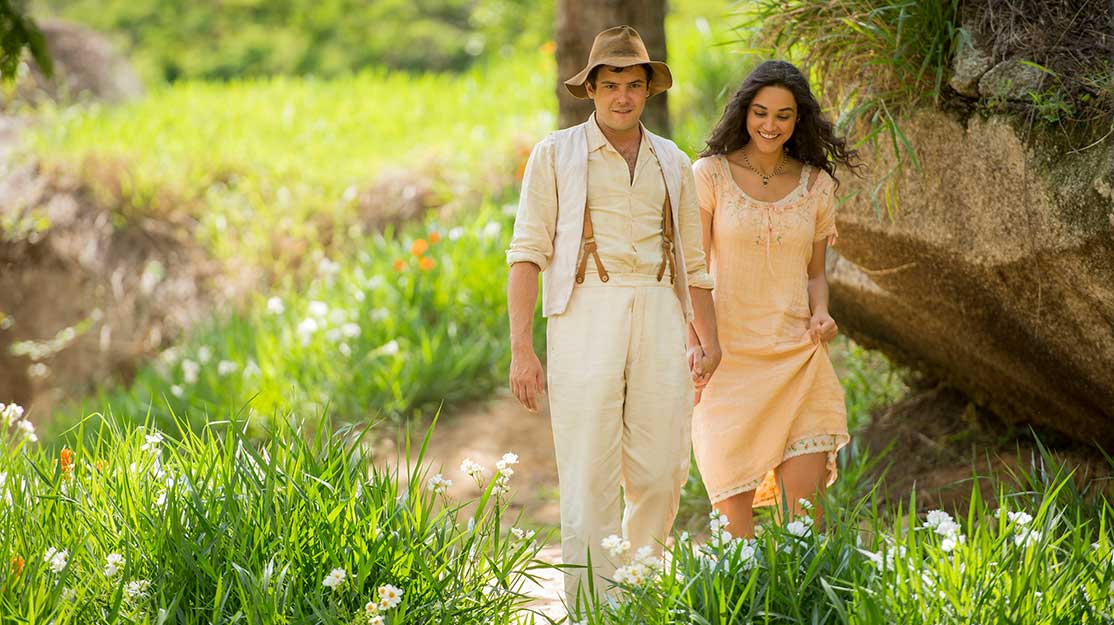 A bit on the Side

Brazilian screenwriter Walcyr Carrasco tells DQ how he was inspired by Voltaire’s Candide to create Globo telenovela The Good Side of Life and discusses the changing landscape of Brazilian drama.

With a television career spanning four decades, Walcyr Carrasco is firmly established as one of the foremost screenwriters in Brazil.

A journalist, author and playwright, Carrasco began writing for the small screen in the late 1980s with telenovela Cortina de Vidro for SBT, before penning miniseries Rosa-dos-Rumos (1990), O Guarani (1991) and Filhos do Sol (1991). He worked alongside co-writer Mário Teixeira on Xica da Silva (Rede Manchete, 1996) and later wrote SBT’s Fascinação (1998).

His first series in Globo’s primetime 21.00 slot was Amor à Vida (Trail of Lies), a critical and commercial success in 2013, while Gabriela (2012) and Verdades Secretas (Hidden Truths, 2015) both aired at 23.00. The latter earned Globo an International Emmy, as well as the APCA Trophy and the Prêmio Extra de Televisão for Best Telenovela.

Last year, Carrasco created Êta Mundo Bom! (The Good Side of Life), which was directed by Jorge Fernando and aired in the 18.00 slot on Globo, while current series O Outro Lado do Paraíso (The Other Side of Paradise) reunited the writer with Hidden Truths director Mauro Mendonça Filho. It is now airing in Globo’s primetime slot.

As distributor Globo International brings The Good Side of Life – a 1940s-set tale about a poverty-stricken boy separated from his wealthy mother at birth – to the international market for the first time, Carrasco reveals the origins of the project and his thoughts on the changing Brazilian drama landscape.

How would you describe The Good Side of Life?
The Good Side of Life is an optimistic and funny telenovela. I wrote it wanting viewers to feel happy and optimistic while watching, with plenty of laughs. I think I managed to do so, since the show had really high viewership in Brazil. The country loved the characters and the optimistic message as well.

What are the origins of the series?
The telenovela was inspired by Voltaire’s satirical novella Candide. Candinho is the lead character. We also have Professor Pancrácio, who is Professor Pangloss from the original work. A great Brazilian humorist, Mazzaroppi, created his own movie studio back when everything was still black and white and produced the first version of this classic, a film written by Abílio Pereira de Almeida. I was directly inspired by Voltaire, but I also soaked up Mazzaroppi’s humour, since we both bought into the work’s argument. It was a pleasure to work with such profound and intelligent but light-hearted texts.
Who is Candinho and who plays him? Who are the other key characters?
Candinho is played by Sérgio Guizé (Forever and Ever), who portrays the classic Brazilian run-of-the-mill country boy; a farm boy lost in the big city, whose friends are another boy and his pet donkey, which he truly loves. Marco Nanini (Walking the Clouds) plays Professor Pancrácio, Candinho’s mentor. Eliane Giardini (Brazil Avenue) is Anastácia, Candinho’s millionaire mother whose son was taken from her at birth and for whom she constantly searches. Débora Nascimento (Brazil Avenue) plays Filomena, Candinho’s great love, who comes to the city and becomes a dancer. It’s a really great cast.

Tell us about your writing process.
My writing is intuitive – I have a hard time rationalising. The story and the characters, they got to me and got confused with my emotions. I really get into them when I write. If it’s a funny scene, I laugh; if it’s dramatic, I cry.

Are Brazilian viewers still in love with telenovelas or are shorter series becoming more popular?
Brazilians are still in love with telenovelas. This is reflected in the viewer numbers, in the percentage of the population watching telenovelas. Of course, [shorter run] series are gaining ground as well. But I don’t see a dispute between telenovelas and series, as if the public necessarily prefers one or the other. I think the public prefers the more touching story. It’s not about the format, but the strength of the work itself.

When did you first decide to be a writer?
I decided to be a writer when I was 11 or 12, when I fell in love with books. My family deeply and lovingly supported me. I still feel the same sense of passion for writing today.

How is Brazilian drama evolving and what new stories can you tell?
This is a complicated question for me because I don’t theorise about the creation of TV drama or fiction. I prefer to let a story take me in, to let it grow so intensely inside me that I feel the need to tell it. So I can’t answer this question, since I’m moved by intuition, by creation, without being bound by theories.
At the same time, I can’t say how Brazilian drama production will evolve, just as I don’t know what will happen in literature or in the theatre. We need fiction in our lives as much as the air we breathe. Fiction is intense and transforms us, and has an amazing ability to set feelings, emotions and hearts into motion. I don’t believe an author can also be a theorist. The critic, the theorist, he studies dramatic structures and understands their process throughout history. The writer is simply somebody who has an antenna and is in tune with his feelings, movements and even the future. This antenna is surprising, just like fiction sometimes takes unexpected turns.