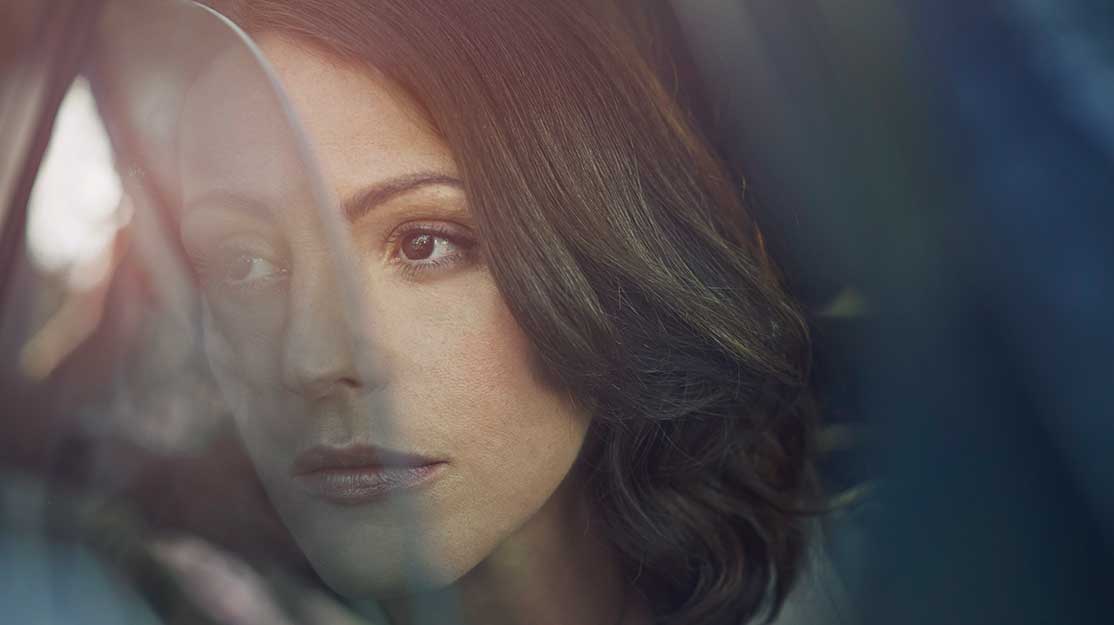 What’s comes after the ‘golden age’ of drama?

The talking point in TV circles continues to be whether we are at the point of ‘peak drama’ and, if so, how long it can last – but shouldn’t we just enjoy this golden age?

It seems unlikely that anyone working in television five years ago would have predicted the incredible rise of dramatic storytelling and audiences’ apparently unquenchable thirst for new series.

Factor in the growth of online platforms such as Netflix, Amazon and Hulu, their impact on the business and the subsequent changes to how people now watch television and the leap since 2010 is even more remarkable.

With 400 scripted series in the US alone in 2015, viewers have never had it so good. But behind the scenes, broadcasters, producers and other executives are debating if and when the industry might hit the ‘wall’ – both financially and creatively – and what the drama business might look like over the next five years.

Rebecca Eaton has overseen the Masterpiece brand on US network PBS for the past 30 years, bringing some of the best British drama to US audiences. Yet she openly questions the state of the drama business and who her audience might be in the years ahead.

“It’s very scary,” she admits. “I wish I had been born a writer because it’s a really tricky time to be a broadcaster or distributor. There’s a huge amount of drama, but who’s going to be watching it a year or two from now? How much is too much? When are we going to hit the wall? What is the wall?

“As a regular human being who happens to be in the business, my eyeballs are spinning freely in my head trying to watch regular TV, not to mention the stuff I have to do for work. Something has got to give, but I’m not sure where it’s going to give.”

In particular, Eaton points to the effect on-demand platforms such as Netflix and Amazon have had since becoming major players in the original programming business with shows such as House of Cards, Orange is the New Black, Transparent and The Man in the High Castle on their slates.

“It’s beginning to look limitless,” Eaton says. “There are no primetime schedules that Amazon or Netflix have to fill. If broadcasters can’t take more, it’s going to migrate over to our competitors.”

One show Eaton is losing this year is Downton Abbey, which is coming to an end after six seasons. The period drama has become a smash hit in the US, earning multiple Emmy and Golden Globe awards and nominations.

Downton producer Carnival Films has used its success to build a business model based on making drama that works in both the UK and US markets, with MD Gareth Neame identifying historical series as the “connective tissue” between the two. Another Carnival drama, The Last Kingdom, aired on BBC2 and BBC America in October 2015 and was recently awarded a second season.

Neame says: “There’s a danger you can end up with a lot of historical projects. The challenge for us is to make sure we’re making contemporary shows as well and to see whether domestic-looking broadcasters in the UK and the US can find something that connects in contemporary drama.

“There’s an opportunity in the US now for all British content – there certainly wasn’t at the time when we embarked on Downton Abbey. There was no thought that the show could become as mainstream as it has. I agree there’s a glut of drama, but that’s much better than in around 2000 when I thought I would have to become a reality producer because it seemed like scripted was over and everything was about Survivor. I’d rather have it this way.”

The downside, says Neame, is that TV is now a hits business, with only a handful of shows cutting through the sheer volume of content being produced. He also believes there is a lack of talent coming into the industry, with writers over-booked and not enough actors being trained on either side of the Atlantic.

“It’s a good problem because it’s a problem that can be solved,” Neame adds. “But we need to catch up and get more people into the industry – more crews, more writers, more actors.”

Neame’s concerns over talent are not shared by Chris Rice, an agent for WME’s global television team, who describes this period as an “incredible time” for talent – whether that’s writers or producers. Rice was part of the team that completed the deal to bring BBC1 and AMC together to adapt John le Carré’s espionage story The Night Manager, which stars Hugh Laurie and Tom Hiddleston and is produced by The Ink Factory. The series debuts later this month.

“What I’m most excited about is the relationship between the American and British markets, which were quite separate five years ago,” he says. “Occasionally a show would cross over but particularly over the last two years, those markets have come together. Something like The Night Manager, which was an incredibly expensive show, would never have been supported out of the UK alone.

“My prediction is that, in two years’ time, there will be 20 shows like that a year. That’s going to be an amazing opportunity to tell bigger better stories and a great chance for British television to play at the same level as premium US shows. It will be fabulous for producers, and those shows will be profitable and sustainable.”

Meanwhile, if there’s one company responsible for the technological advances being made in television production, it’s The Imaginarium Studios, which describes itself as Europe’s leading performance-capture studio and production company. Founded by actor-director Andy Serkis (The Lord of the Rings, Planet of the Apes) and producer Jonathan Cavendish, it uses the latest technology to create new stories and characters for TV, film, video games and digital platforms.

The Imaginarium was involved in bringing to life the eponymous lead character of Fungus the Bogeyman, a three-part drama for Sky1 that aired at Christmas. And in a business where it’s increasingly important to stand out from the crowd, Cavendish says the company’s mission is to unite technology and storytelling in a bid not only to create remarkable stories but also to help drive costs down.

“We have 40 genius technologists who create methodologies, platforms and technologies for us to make our stories better, more remarkable and more cheaply,” he says. “If somebody said two years ago that virtual environments and performance-capture characters would be in television, everybody would have said it was ridiculous, but now they are and they’re at the centre of what we do. We’re making a lot of shows for television, even for online that involve the sort of technology that hadn’t been dreamt of even two years ago.”

Writers, directors and animators who visit The Imaginarium, based at the historic Ealing Studios in London, can bring a story to life immediately. “In that studio, you can very quickly create virtual environments and avatars that are operable in real time by pressing a button,” Cavendish explains. “You have your writers room in there along with your director and an animator and you are creating, changing, testing and trying out dialogue you’ve written because it’s done in real time.

“We’ve trained a whole new generation of actors to work with our technology. We’re beginning to take all sorts of writers and directors into this environment and it’s achievable and doable on the day. Nowadays, because of the real-time technology we’re on the very edge of, you can make an hour of drama in a day.”

Ultimately, “it’s all about creating new intellectual property, new stories, new ideas and new characters, which can be spectacular,” Cavendish adds. “You have to stand out.”

For Greg Brenman, joint MD of Drama Republic, writers are put at the heart of everything his firm does. The production company was behind Hugo Blick’s critically acclaimed The Honourable Woman (and is backing his follow-up series Black Earth Rising for BBC2) and most recently brought to air BBC1 hit Doctor Foster (pictured top), which was written by Mike Bartlett and has been renewed for a second season.

“We go after writers,” Brenman admits. “Mike Bartlett was someone myself and Roanna (Benn, joint MD) had identified five years ago who we were desperate to work with. He was in theatre at the time. We work with theatre writers a lot and because serial TV seems to be so in demand, it’s about character rather than story, so you often find great character writers in theatre.”

Former Tiger Aspect executive Brenman also believes making good television is about connecting with your audience in any way possible: “That connectivity can happen when it’s huge bells and whistles or people thrashing through fields harvesting, or it can be that emotional connectivity. Doctor Foster has that epic scale to it. It’s all about making an emotional connection however you can.”

On the subject of whether there is too much TV, he adds: “We should enjoy the ‘right now.’ Everyone’s ‘woe the future.’ Well, let’s enjoy the present. Things are evolving in ways we don’t always realise.”

Neame is equally positive. “Platforms are playing to the strengths of serial television,” he says. “We’re on the beginning of a great journey.

“Another reason it’s a great time is partly that technology is going to open up so many things to us and partly that the selling model is so liberating. Seven years ago I was told by a distribution executive that nobody would ever be interested in Downton Abbey. That just shows you how it’s changed beyond recognition.”

With The Imaginarium involved in producing Star Wars: The Force Awakens, Cavendish says it was suggested to him that, were Star Wars being produced now for the first time, it would not be made as a movie.

Instead, “you would probably make a huge television series to be watched on a smaller screen and you would create a huge world that you could explore,” he says. “That’s what younger audiences want and I don’t think it’s a coincidence that younger viewers are deserting much of traditional television.

“Also, augmented reality (AR) and virtual reality (VR) offer a completely new world in which people can play. There is an opportunity now for younger people to be told the traditional stories that we know people want but, at the same time, to add in their own bits and to be in those stories themselves. That is the way, whether we like it or not, the world is going. Stories are stories, and nothing is changing in that sense. It’s a massive opportunity for us – I don’t think it’s a threat.”

Rice agrees that VR and AR will be mainstream within five years. In the meantime, he predicts there will be major changes relating to how series air across SVoD platforms and linear networks.

“If you look at Amazon and Netflix, they’re starting to experiment with releasing episodes weekly and are starting to think about the idea of dropping several episodes simultaneously at multiple times throughout the year, instead of dumping an annual 13-episode season in one go,” he says.

“Look at what HBO’s done with HBO Go and HBO Now. Every US network is launching its own platform and every European premium cable network is starting to offer online boxsets, taking themselves out of the linear environment. To me, that’s what the next two or three years are going to be about – a complete shuffling, rather than a reliance on hour-long programming in a weekly slot, and being able to experiment with 20 different ways of releasing content.

“It’s really about serving the story. Everyone will experiment with how their content is released. Nobody knows the answer, but hopefully the answer will be whatever serves the story.”