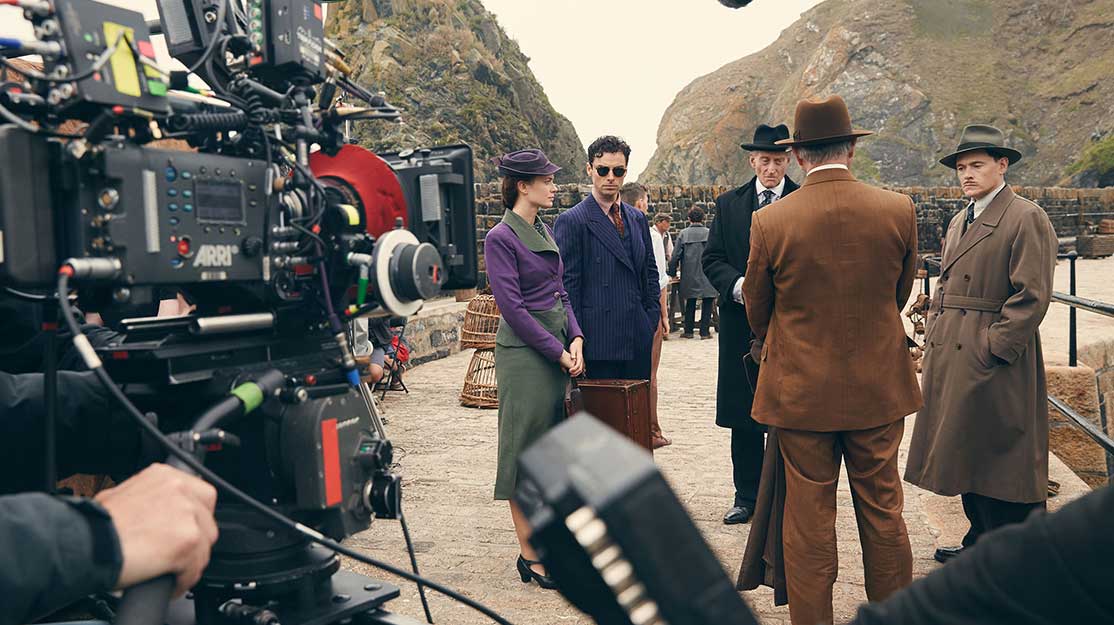 What Cannes we expect from Mipcom?

Television executives from around the world are heading to Cannes for the annual Mipcom market – but what will be the major talking points? A+E Networks’ Joel Denton offers Michael Pickard his insight.

The debate that raged this summer concerned whether there is too much television, or just not enough great television. That conversation is likely to be amplified over the next week as TV executives from around the world head to the south of France for the annual Mipcom market and conference in Cannes.

How much business is actually done at the event, beginning on Monday, is questionable but, more importantly, it is a place for relationships to be forged, partnerships to be cemented and, in today’s global drama business, new stories and plot lines to be conceived.

Highlights from the four-day event will include the world premieres of The Last Panthers, a French/UK thriller set across three countries, and The X-Files reboot. Keynote speakers include Showtime president David Nevins, producer Mark Gordon (Grey’s Anatomy, Criminal Minds) and Dana Walden and Gary Newman, co-chairmen and CEOs of Fox Television Group.

The drama output from Turkey will also be put into sharp focus after it was named the Country of Honour for this year’s event, with conference sessions covering subjects including the adaptation potential of Turkish scripted formats.

Moreover, while coproduction opportunities have been one of the major talking points for the market over the last few years, 2015 could herald a new wave of partnerships. As competition for the best series grows, producers, broadcasters and distributors are looking to board projects as early as possible with co-development deals. The Last Panthers is one case in point, with producers Haut et Court in France and the UK’s Warp Films building a story that not only crosses borders but also satisfies the needs of both commissioning broadcasters, Sky and Canal+.

US cable broadcaster A+E Networks heads to Cannes with a drama slate including Lifetime series UnREAL, forthcoming Agatha Christie adaptation And Then There Were None (pictured top), which will air on Lifetime and BBC1, and the remake of 1970s slavery drama Roots, which will air across A+E’s Lifetime, History and A&E channels in 2016.

Joel Denton, A+E Networks’ MD of international content sales and partnerships, says: “The thing with drama is there’s so much great stuff. Two or three years ago we’d have been speaking about factual and formats but it doesn’t feel like there’s a lot of new stuff getting done in that space, whereas in scripted there’s a huge amount.

“The question is how much the marketplace can take and how much audiences can take. The change of viewing patterns is driving that with binge-viewing. It’s changing the nature of what works. Every bus I get on now, people seem to be watching drama on their phone or iPad. They’re consuming it everywhere.”

This means broadcasters have to be smarter, Denton argues, as they look at what works for their audience, how they launch and promote shows and how they work with over-the-top providers such as Netflix and Amazon – or fight them to keep exclusivity.

“There’s a lot of experimentation going on and it will be very interesting over the next 24 months to see where it all washes out,” he continues. “There’s so much great drama being made at the moment. Is there too much? Possibly. Are we building up to a bubble? Maybe. But the quality of everything is just fantastic and coming from different countries, not just the UK, the US or Scandinavia. There’s stuff coming from all over and it’s really exciting.”

Financing these series, however, continues to be challenging as producers seek bigger and bigger budgets to meet viewers’ increasing expectations of quality. A+E Networks coproduced BBC series War and Peace, and Denton says the distributor is happy to put up deficit financing for both its own shows and those of others.

“We’re getting involved in different ways,” he says. “We’re happy to put up distribution advances, or look for pre-sales and coproductions. It’s a moveable feast these days trying to get big shows funded. We’ve got Roots coming up for History. The second season of UnREAL (due to air in 2016) will help drive sales of season one. The market is still looking for miniseries for event programmes, so you look at pre-selling or coproducing those.

“It’s a much more complicated market than it used to be and there are a lot of partners. Writers seem to travel all over the place. It’s a big, complex picture with lots of people working in different ways. There isn’t a single model that’s successful in terms of financing and people are relatively open to talking about shows they wouldn’t have been interested in a few years ago. The way classic broadcasters would acquire drama was by having output deals with the studios. The studios have fewer of those deals now, and that’s freeing up budgets to be used in different ways.”

But it’s the greater co-development of projects – a process best led by a writer’s individual vision – that Denton picks out as a trend to keep an eye on.

“People are still talking about coproduction and financing but it feels like it’s moving a little bit from there,” he says. “What’s interesting at the moment is there’s a lot more co-development going on and there’s going to be more of that. Our networks will look at that as it enables people to have ownership of ideas and work together in a way that perhaps they haven’t done before. The key to that is always the unified vision and working with a strong writer who leads that. You’ll see more of it.

“It’s obviously down to money and spreading budgets, but it’s also down to competition. Competition has gone up, there’s more good stuff being made and usually it’s expensive so people are coming together to try to compete in that space. And they’re coming together in a smarter way. They’re uniting behind writers who are an important piece in the whole jigsaw because, more than anything else, they’re the ones responsible for the sheer quality of what’s coming through.”

What transpires in Cannes over the next seven days remains to be seen, but with so much drama being produced locally and now internationally, it will be intriguing to see which direction the genre heads in next.

tagged in: A+E Networks, And Then There Were None, Joel Denton, Mipcom