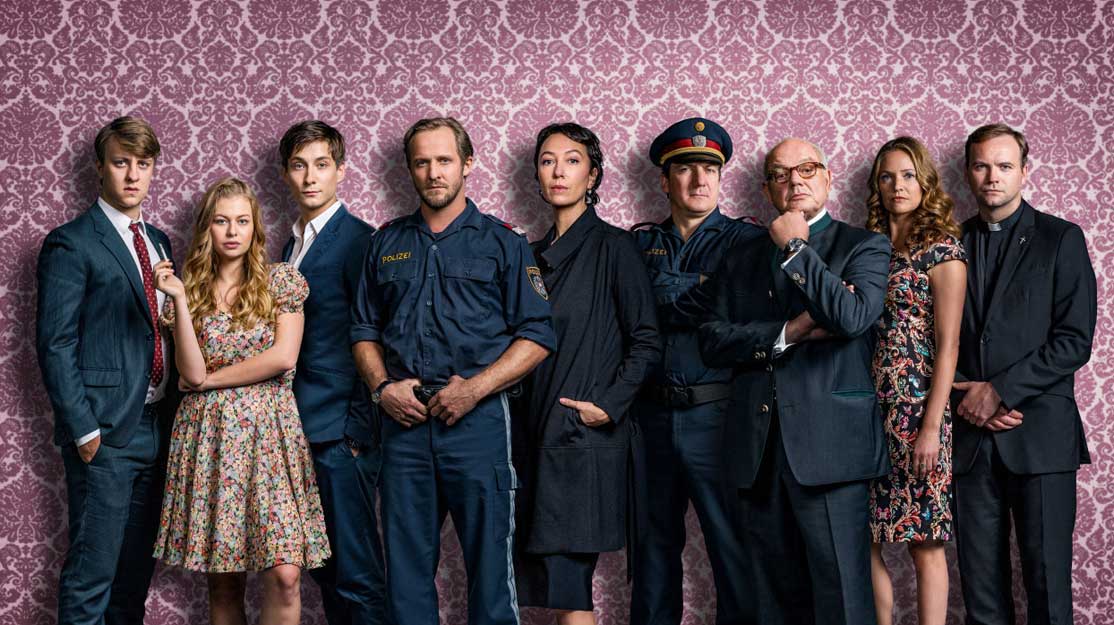 Nothing is as it seems in the sleepy town of Pregau, which lends its name to a German/Austrian crime drama. Writer/director Nils Willbrandt introduces DQ to some of the challenges of piecing the thriller together.

At a glance, Pregau appears to be an ordinary Austrian town. Scratch the surface, however, and therein lies a terrifying underbelly of lies, corruption and violence.

It’s this premise that sits at the centre of the simply named Pregau, an eight-part German-language drama written and directed by Nils Willbrandt.

The story centres on police officer Hannes Bucher, who finds no end of trouble, particularly as he has married into the Hartmann family, which unofficially controls the town.

One night, after a momentary lapse in judgement, Hannes sparks a chain reaction of events that threatens to tear apart his family and the once quiet world of Pregau. With the bodies starting to pile up around him, Hannes desperately tries to cover up his crimes, but finds himself spiralling deeper into trouble.

With no one to trust, the more Hannes tries to conceal his secrets, the more he uncovers the extent of the Hartmanns’ criminal operation — from high-level corruption and coercion to prostitution and human trafficking. The family control the town, and Hannes is beginning to realise just how far they will go to ensure it stays that way.

It is produced by Mona Film and Tivoli Film, in coproduction with Germany’s ARD Degeto and Austrian public broadcaster ORF, which aired the series in September and December 2016 respectively. It is distributed by Red Arrow International.

Here, creator Willbrandt tells DQ about one of the pivotal scenes in the four-part drama and the opportunity to work with a German and Austrian cast.

What is the standout scene of the series?
For me it’s the starting point of our story: police officer Hannes Bucher works in a sleepy Austrian town. When he stops a car one night, he finds his niece behind the wheel, drunk and without a licence, and with her boyfriend by her side.
Hannes makes a momentary lapse of judgment with his niece, which sets off a frightening chain of events. We call this scene ‘the blowjob scene!’
In the scene, it is very difficult to condemn either Hannes or his niece. The power of the scene is in the subtext: for a brief moment he confuses her behaviour for real affection — affection he is not getting from anywhere else — and Rosa (played by Straub) just doesn’t know what else to do to rescue the situation. However, underneath it all, there is some real emotional affection between them.
It’s a fateful moment that changes everything for both of them. Hannes realises he is not quite as good a person as he thought he was; that there is a person inside of him that he didn’t know existed until this point, but has been unleashed. And just 300 minutes later, this new person will drive him to his end.

Where and how was this scene shot logistically?
It was shot over several, thankfully very still, nights in a big field near Vienna, and was lit by moon balloons. It was hot and some of the team got ticks during filming. We filmed until sunrise, which always came too early and always caused panic on set. The area lit up at night was more or less an entire valley.

Were there any script or practical challenges you had to overcome?
In a project as big as Pregau, you learn to live with the constant feeling of a writing crisis. ‘When did this or that person do what again and when? Oh yes, right, that was 206 pages earlier in front of the shop.’ There are so many thousands of small details that it doesn’t make sense to capture them all on cue cards. So you are forced to follow your intuition or else you’ll be driven mad by tiny details, which is both exciting and frightening.

What was it like working with the cast?
Being a German is not the same as being an Austrian and vice versa. Nuances of language and culture are only partly accessible to you and so you have to delve into the collaboration through the creative people around you and their backgrounds. On this show we were especially reliant on the help of the actors to do justice to the text and the intended subtext. The long shooting time brought everyone together, and you come to feel as though you know each other inside and out. In this profession, there’s nothing better than being able to work with actors so extensively over such a long period.

What is it like filming in Austria?
Austria is a very accommodating country. The people are positive, vibrant and, above all, artistic. They also love the bizarre, the deep and, for some, even the thrill of risk-taking. Through the filming of Pregau I have made some life-long friends.

Is Pregau based on any real-life cases?
Yes, it is. I knew the family, the place, the circumstances, the feelings. I have exaggerated them and fictitiously distorted them but at the core is truth, even though this is perhaps a really frightening thought.