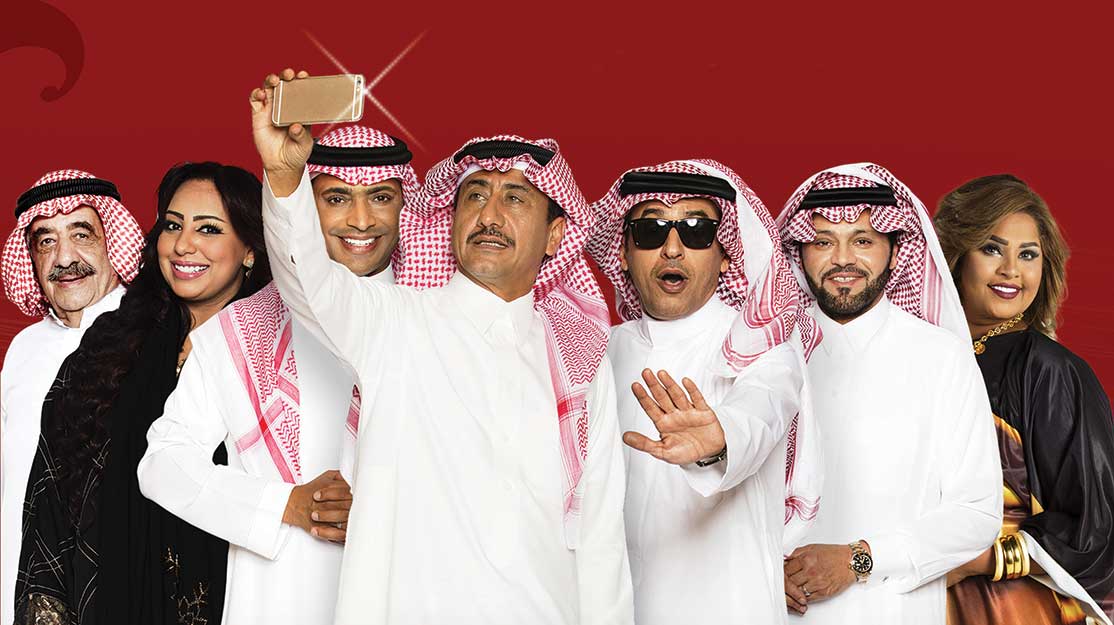 Ahead of the game: Dubai’s MBC on breaking new ground

Dubai-based broadcaster MBC is breaking new ground with dramas such as mystery thriller Witch of the South. Fadi Ismail, general manager of the network’s production arm O3 Productions, explains why ‘nothing is taboo anymore.’

From its offices in Dubai, Cairo and Istanbul, O3 Productions is at the forefront of television drama in the Middle East.

The company started out in documentaries before introducing hugely popular Turkish dramas into the region. Since 2010, O3 has turned its attention to producing Arabic drama series.

Arguably its biggest show so far has been Omar, which aired on MBC1 in 2012 and told the story of Omar ibn Al-Khattab, the second Caliph of Islam, and depicts his life from 18 years old until the moments of his death. The series ran for 31 episodes during Ramadan before a four-and-a-half-hour TV movie followed in 2014.

Now O3 is pushing further into new genres with shows like Witch of the South (aka Saherat al-Ganoob), which aired last autumn. Written by Samah al-Hariri and directed by Akram Farid, the story follows Rouh (Horia Farghaly), a girl who gets possessed by an evil spirit, exploring how this affects her relationships.

It also covers real-world topics such as antiques smugglers and social issues when Rouh’s father, disappointed his wife has given birth to a girl, marries another woman – only to have two more daughters.

“It’s our new baby,” says Fadi Ismail, general manager of O3. “It’s a mystery thriller that has an element of the paranormal, which is something we introduced for the first time. And because it’s a new genre, we weren’t sure how the audience would cope with the storylines, but the initial indications were extremely positive.”

It’s not the first time O3 has broken new ground, with its website boasting of milestones such as producing the first Arab telenovela (Ruby) and the first 120-part Egyptian telenovela (Al Montankem).

“We’ve also been pioneering series for during Ramadan and outside Ramadan. Usually it is the usual suspects, meaning if it ain’t broke, don’t fix it – series about romance and social issues are what drive ratings and eyeballs so we emphasise that and we try to improve on that but within the same genre. But from time to time we do introduce something new.”

Another first was Selfie (pictured top), a black comedy set in Saudi Arabia that Ismail calls a “mega hit” – a hard-hitting comedy that served as a critique of culture and politics in the region.

“The editorial freedom we had to criticise the situation was a first in Saudi comedy so that was new,” he adds. “It was big and very positive. We try to be up to date with what people want, and what viewers want is always anybody’s guess. We try to anticipate, we give them the usual suspects, but we also try to push boundaries in storytelling. We did it two years ago with Omar, the historical series, and we did it last summer with Selfie.”

Ramadan remains the focal point in the year for broadcasters, which traditionally air their biggest new series (which mostly consist of 30 episodes) during the Islamic holy month.

MBC is starting to introduce longer-running series outside of Ramadan, with Witch of the South a recent example.

“Ramadan is still the main focal point of the year, although MBC as a group has managed to make new content all year round, but Ramadan still has a special and unique position in the eyes of viewers,” Ismail says. “There’s more consumption of TV at that point and it’s a habit. We’re all creatures of habit. There is an expectation that during Ramadan, you have the best content for 30 days, day after day, non-stop. That kind of habit is a die-hard habit. It has been around for decades, so it has managed to formulate very high expectations that no one dares to disappoint.”

However, the explosion of social media means that while viewing habits continue to follow old traditions, storylines and subjects for new dramas are changing – and that means more responsibility is placed on producers, both in terms of content and production quality.

“Nothing is taboo anymore,” Ismail declares. “But still, social media is uncontrolled – that’s the nature of it – while drama is pre-planned and you have to think hard and be responsible about how you tackle issues.

“Drama is not social media on TV, it’s much more subtle, much more effective. There’s nothing more effective for viewers wanting the good, the bad and the ugly than drama. Producers carry responsibilities when they devise drama concepts but we all suffer to come up with good storytelling. Everybody talks about how difficult it is, everybody is trying to improve on it and raise that level of sophistication in storytelling. It’s easier said than done.”

On the subject of production quality, Ismail says Middle Eastern dramas are improving but highlights the budget gap compared with Western productions. “One of the problems is that while the pilot for an American series costs up to US$7m, in Turkey a 120-minute episode costs US$300,000,” he says. “For us in the MENA region, a whole 30-episode series will cost much less than a US show’s pilot. So there is this kind of perspective one has to keep in mind.

“We are starting from a very low place so it will take us more time to be able to be courageous in investment because there has to be an economic rationale to invest more. When you talk about higher costs, you have to see where higher revenue is coming from.

“You have to work within the boundaries of reality, and that reality is limited by so many constraints – one of which is that in our region there are many wars and, as such, the oil prices that drive the economy – which drives advertising – are getting lower and lower. So all of this has a negative impact on the ability to monetise production.”

As has been seen in Europe, borders are coming down in terms of the number of TV dramas now being coproduced by creatives in more than one country. Could this happen across the Middle East?

“I always think smart people should come together and find ways to work together to make content that’s local and global,” Ismail says. “Of course, it has to work in its country of origin but it has to be devised and designed from day one to work internationally. This is the way forward. We’re working on a few projects in that direction but it takes time. The process is different, the mentality is different. Ways of thinking have to come together to reach a happy ending but we believe in that. It’s a must, not a luxury.”

Other series on air or coming up include Arabic show Al oustoura (The Legend), starring Mohammad Ramadan in a suspense drama that questions how a person will behave when he is forced to give up his beliefs; and Al weed (The Promise), a romantic drama starring Mai Ezzedine.

Turkish series include KYG (Kaderimin Yaxildigi Gun/The Day My Faith Was Written), starring Özcan Deniz and Hatice Şendil; and Queen of the Night, starring Meryem Urzeli. The latter tells the story of Selin (Urzeli), who meets and falls in love with Kartal, knowing they would only have one night together.

“Here there are two kinds of drama. – Arab, such as Egyptian and Lebanese, and Turkish. We’re deeply involved in both. We have partners in Turkey – O3 Turkey – and we have O3 Egypt and O3 Dubai. These three entities are coming together for content that works both nationally and internationally. We also have partners in the US and Latin America and we are thinking of stories with nuances that will make them very appealing in Europe and the US. That’s the way to go.”

Of course, O3 was instrumental in kick-starting the global appeal of Turkish drama by importing it into the Middle East in 2007. Ismail also hopes to see his own dramas on air around the world, but admits that, for now, his ambition is still a work in progress.

“Turkish drama is a breath of fresh air in parts of Southeast Asia and Eastern Europe, and now in Latin America,” he says. “We’re all aiming to have success in Western Europe and the US but it’s a work in progress. I don’t think even the Turks have had a big success in Western Europe. It’s something that we and our Turkish partners, along with some international partners, want to explore seriously because it makes sense creatively.”