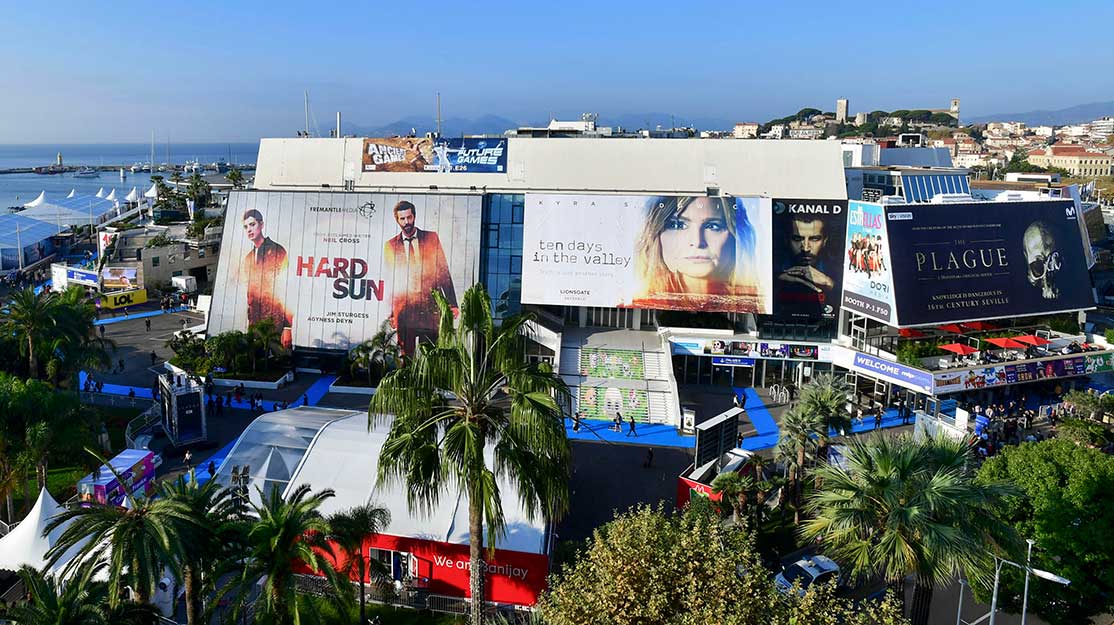 The global nature of the television business was on show at Mipcom in Cannes this week as stars from around the world presented their latest projects. DQ editor Michael Pickard offers his thoughts on a busy week in the South of France.

When you first walk into the Palais des Festivals, it can be quite overwhelming to see the sheer number of posters, billboards and signs promoting hundreds of new drama series from around the world. The experience, of course, begins long before you have navigated through the security checkpoints, seeing as La Croisette is transformed into a mile-long red carpet of promotions for dozens more shows.

To be a drama buyer in the current market must be both a daunting and thrilling experience, with the opportunity to spend hundreds of hours searching for the next big hit and watching the contenders, whether they are produced in your broadcaster’s local tongue or a language from further afield.

What, then, can producers and distributors do to make their projects stand out from the crowd? Well, the quickest shortcut to making some noise is to add a sprinkling of star power.

TV movies are much maligned, but could Catherine Zeta-Jones bring the format back into fashion? She was here in Cannes to promote forthcoming Lifetime movie Cocaine Godmother, a project she helped develop and bring to the screen. The Oscar-winning actor also plays the lead role of real-life Miami drug lord Griselda Blanco, who was involved in the Cocaine Cowboy Wars that plagued the city in the late 1970s.

“Years ago there used to be such a stigma between television actors, film actors and theatre actors,” Zeta-Jones said this week. “I was stuck in the theatre actor box. It wasn’t just that, it was a showgirl theatre, it wasn’t even Royal Shakespeare. So I was part of that world trying to get out of that box, that pigeonhole. I eventually made it into television, made it into film – and then if you got to film, you don’t go [back] to TV.

“That’s changed. Actors are able to do human stories [in television], they don’t have to be robots in a $200m movie. As an actor, that’s why we do it – to have those international human stories that any culture can understand because they’re human. It’s human nature. It’s qualities that you have or, like Griselda, you don’t have but the fundamental bottom line is they’re human stories – and on TV we’re able to have the time to be able to take those stories out.”

It’s a tactic others are clearly employing too. Zeta-Jones wasn’t the only star to light up the red carpet this week as a plethora of other famous faces travelled to the South of France. David Morrissey joined fellow cast members Nikolaj Lie Caas and Eleanor Worthington-Cox for the world premiere of Roman-era drama Britannia, the first series coproduced by Sky Atlantic and Amazon US.

Mipcom’s Russian Content Revolution was also celebrated with appearances by The Road to Calvary’s Anna Chipovskaya and Yulia Snigir plus Gogol’s Yulia Franz and Taisiia Vilkova.

For several years now, the globalisation of television has also been represented by the types of coproductions being brought to screen. Jour Polaire (Midnight Sun) is probably the best example of two countries coming together in the last few years, in that case France and Sweden joining forces. But more ambitious pairings are now in evidence.

In particular, producers and broadcasters from China, France, Germany and Australia have teamed up for Farewell Shanghai, a period drama set at the start of the Second World War that recounts the shared destinies of a group of European Jewish refugees and Chinese characters in Shanghai between 1938 and 1945.

It will be shot in China in the English language and has been written by Radu Mihaileanu, based on Angel Wagenstein’s novel. K’ien Productions, Banijay Studios France, Breakout Films, France Televisions, Shanghai Media Group Pictures, China’s Holy Mountain Films, AMPCO Studios in Australia and Germany’s NDF are all involved.

Another global project announced at the market was Straight Forward, an eight-part series produced by Screentime New Zealand and Mastiff in Denmark. It is coproduced by broadcasters Viaplay and TVNZ, with Acorn TV also on board in North America and the UK.

Created by writer John Banas and set in Queenstown and Copenhagen, Straight Forward sees a Danish woman attempt to leave her criminal past behind by moving to a small New Zealand town to start a new life. It will premiere on Viaplay in 2018.

Perhaps it’s no coincidence that producer and distributor Banijay Group is central to both Farewell Shanghai and Straight Forward, utilising its production companies and distribution partnerships to bring these series to air.

The future of television was also on display, from Japanese broadcaster NHK’s stunning 8K presentations to the keynotes from executives at Snapchat and Facebook.

Sean Mills, senior director of content programming at Snapchat parent Snap Inc, talked about the firm’s desire for the messaging app to move into original content following the announcement it had teamed up with NBCUniversal to create a studio that will focus on producing scripted series.

The fruits of that partnership may still be some time away. More immediate are Facebook’s plans to bring original content to its Watch platform, launched six weeks ago and currently only available in the US, though an international roll-out is planned in the future.

There were audible gasps in the Palais’ Grand Auditorium when Facebook head of global creative strategy, Ricky Van Veen, revealed that the social media giant would be the home of the English-language remake of Norwegian teen drama hit Skam (Shame), with original creator Julie Andem showrunning the remake.

The buzz around the NRK series has steadily increased over the past year and it’s a huge statement of intent that Facebook has picked it up – though, in many ways, it is the perfect home for a show that is made up of short video segments that are posted at the times of the day that match when the action plays out.

At the end of the four-day market, it’s clear the drama boom shows no sign of slowing – yet. It seems unlikely that every series is making its money back, meaning it is inevitable there will be a downturn at some point in the future. Until then, the debate surrounds the new players picking up scripted series and the challenge of luring star names to help a show to break through to audiences. Facebook original series? I’ll be Watching.