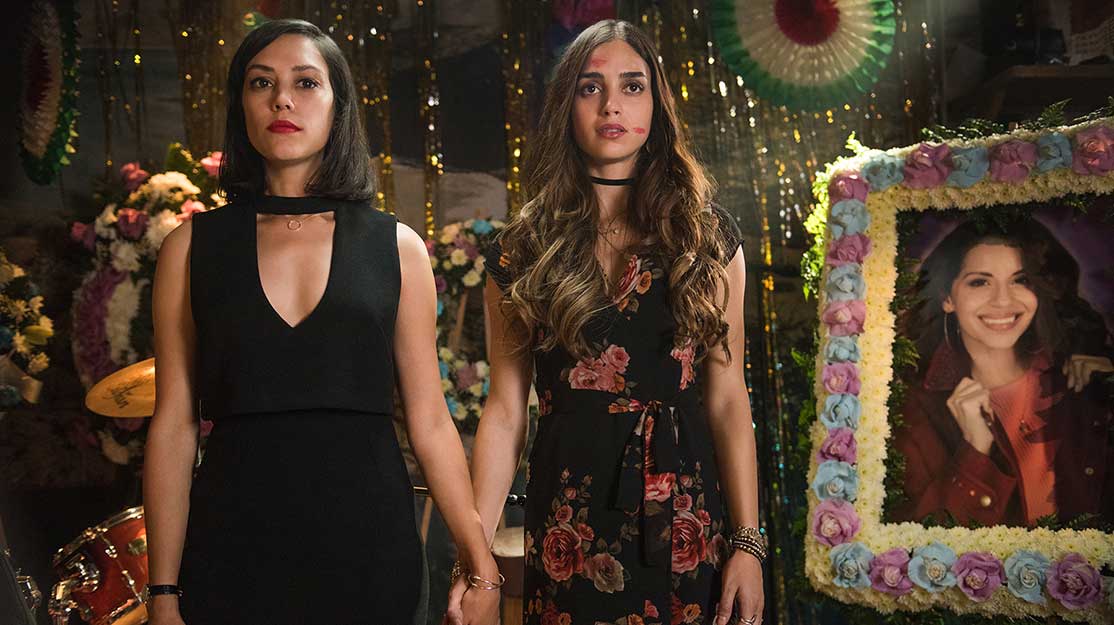 US premium cable network Starz backed Tanya Saracho’s story of two sisters returning to their old LA neighbourhood. The new showrunner hopes to repay its faith by using Vida to bring greater diversity in front of and behind the camera.

For all the discussion in the television industry about increasing diversity and greater representation of minority groups on screen, many would argue little has changed. So for writer Tanya Saracho, the time to talk is over. Together with backing from US premium cable network Starz, she’s walking the walk with her new half-hour drama Vida.

The series, based on a format by Richard Villegas Jr, focuses on two Mexican-American sisters – Emma (Mishel Prada) and Lyn (Melissa Barrera) – from the Eastside of LA who are forced to return to their old neighbourhood, where they are confronted by their past and the shocking truth about their mother’s identity.

But more than that, it is about putting Latinx (the gender-neutral term for Latinos) talent in front of and behind the camera to show a world that isn’t represented on screen.

“There’s been a lot of talk,” Saracho says candidly. “Since I got to Hollywood five years ago, there’s always been talk but Starz was the first to go, ‘Alright, you don’t have the experience to be a showrunner but we will hold your hand throughout, we have faith in you. Let’s tell these stories.’

“Then they let me staff a writers room where everybody is Latinx – from the assistants to every writer – and most are queer, I’m queer too. That’s important because brown queers hardly ever get their say in the media but Starz says ‘go’ and they put their money where their mouth is. Enough diversity panels, enough think pieces about diversity – do something about it with your dollars and actually take the risk. People need to stop the talk and walk the walk.”

Vida, which is produced by Big Beach TV and distributed by Lionsgate International, originated when Starz approached Saracho with an idea to base a series around ‘gentefication,’ which refers to the gentrification of Latinx neighbourhoods by young Latinx people, sometimes known as ‘Chipsters’ (Chicano hipsters).

“It’s such an interesting notion of us going back to our neighbourhoods and seeing how we affect them,” the showrunner says. “Starz also really wanted to concentrate on a millennial female narrative, which is what I like to dig into. I haven’t seen these narratives on TV and that’s what’s been missing from American television. In the US, we make up almost 20% of the population, and right now there are four Latinx/gay shows – four out of how many? 500? That’s not 20%. We take up much more space than that but we’re completely invisible when it comes to the media in that way. So getting to tell these complicated stories, it’s very exciting.”

Saracho – who has signed a three-year overall deal with Starz – says Vida will present “the messy version of who we are,” as opposed to the few Latinx shows on television that focus on narcos or “squeaky clean millennials,” such as Jane the Virgin. That it does so in a mix of two languages – English, Spanish, Spanglish and Espanglais (Spanish with a sprinkling of English) – is also remarkable.

“I am sharing this with the world, these messy girls who aren’t always likeable,” she says. “I don’t care about likeable, but hopefully they’re compelling and true to life. That is what I feel has been missing, these messy, real versions of us. It’s steeped in the struggle of them being themselves. Sometimes we either play certain stereotypes they have of us or we have to be squeaky clean. I get that and I love that too, but I also want to show us as we truly are. To get a chance to show some complicated, often ugly, compelling women, that’s really exciting.”

As a first-time showrunner, Saracho leaned on her experience running her own theatre company, Teatro Luna, when it came to fulfilling the myriad of roles the top job demands. The US$150,000 budgets paled in comparison to anything on offer in Hollywood, “but I had manage that money, I wrote the plays, I directed them, I was in them,” she says. “That was the best training for this. Now this is major bucks, like tons of money, but the fact that I was the end of the line regarding responsibility and the one that had to answer for all the choices, that was true with Teatro Luna and the risks were similar, just on a smaller scale.”

It’s not just Saracho’s showrunning style that has been influenced by the theatre, but her writing process as well. Saracho jokes that directors always complain that her TV scripts are actually one-act plays, with scenes running to seven pages rather than the standard one or two, and Vida is no different. She describes the pilot as particularly theatrical and “talky.” But getting a show on air is a huge landmark for the writer, who admits she struggled to adjust to television when she first began writing for shows such as Devious Maids, Looking and How to Get Away with Murder.

“It’s a different medium and I was having trouble with that early on. But now I really like this TV thing; two years ago I wouldn’t be telling you that. Looking was when I really fell in love with TV. I wrote a couple of episodes that got good reaction – brown queers have not seen themselves like that. Even if I have a play in a large theatre, only a few thousand people will see that; the reach something like one episode of Looking has is huge.

“I’m trying to affect culture. Right now in the US, they don’t think Mexicans are that great; we’re not so welcome right now. So I feel like this medium can affect perception later on. Sometimes they saay this medium can affect policies. I don’t know – it feels like it has a larger reach, and that’s really interesting to me as an immigrant who is not a citizen of the US.”

Saracho is already making gains. Vida features characters who are undocumented immigrants and DACA (Deferred Action for Childhood Arrivals) recipients, with the latter also being among the cast. “It’s the same thing with trans, we have a few trans actors but the story is never about them being trans,” she says. “It’s just that their presence is normalising. Maybe it’s a little too subtle, but you will be able to tell if you read the signs. I want to normalise because this is normal in our culture right now, particularly this sector of the culture I’m trying to portray, the little-bit queer part of the Eastside of LA, where we walk around in our neighbourhoods like normal.

“At the centre of it are these two girls who come back and realise their mother was married to a woman, and one of them is queer too. So right there, you have a lot of fabric – you can make a lot of dresses out of that.”