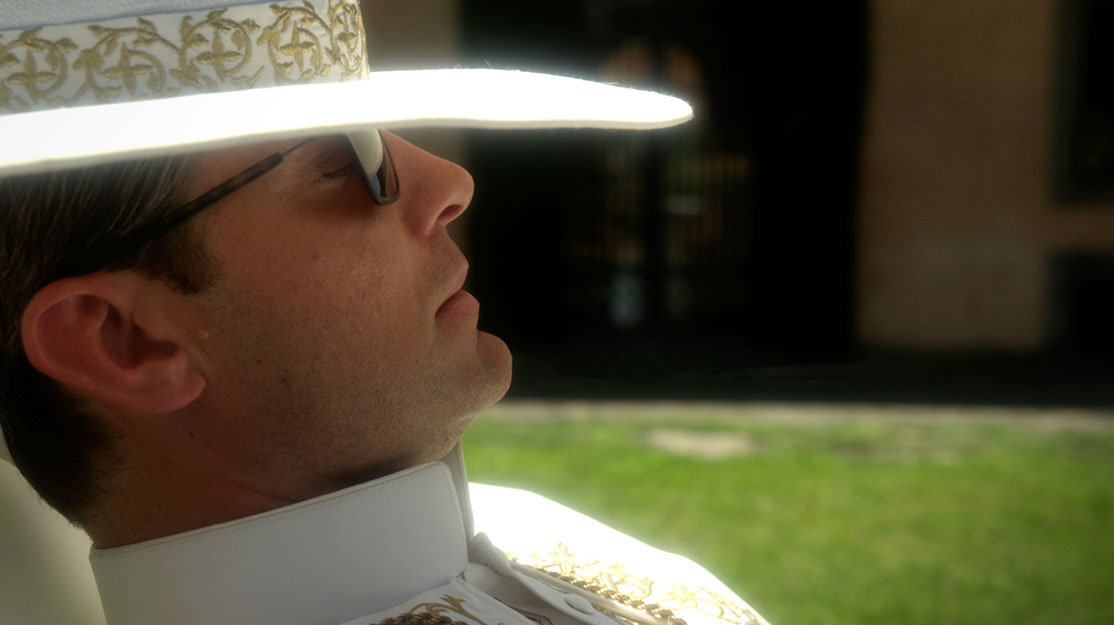 Walking on the Wildside: DQ hears from Young Pope producer

Since establishing a TV division in 2014, Wildside has become one of Italy’s top drama producers.

Most notably, the Rome-based company is responsible for the Italian version of Israeli hit format In Treatment, which starred Sergio Castellito, and thrilling political drama 1992, which drew comparisons to The Sopranos, The West Wing and House of Cards.

Next up is The Young Pope (pictured above), which tells the controversial story of the beginning of Pius XIII’s pontificate. Described as a complex and conflicted character, his conservatism borders on obscurantism, yet he is full of compassion towards the weak and poor. He is also a man of great power who is stubbornly resistant to the Vatican courtiers, unconcerned with the implications of his authority.

Jude Law stars as the pope, with Diane Keaton playing Sister Mary, a nun from the US who is now living in Vatican City.

The eight-part series, which comes from director Paulo Sorrentino, is produced by Wildside, Haut et Court (Les Revanants) and MediaPro for Sky Europe, HBO and Canal+ in France.

With the show now in post-production, Wildside MD Lorenzo Mieli, an executive producer on the series, tells DQ the project has been one of the most interesting of his career.

“Our aim was to create a true piece of art in the form of a TV drama,” he explains. “It was highly ambitious and it was tough but we are really happy about the result.”

Mieli describes Sorrentino’s writing and directing style as “a unique combination between irony and drama, with a very personal identity. Plus he has great technical skill in shooting and visualising immediately what he sees.”

He adds: “Everybody in Italy and the US and elsewhere truly believed in the project since the very early stages of development, and gave Paolo all the freedom he needed as a result.”

But with The Young Pope due to air later this year, Wildside has already identified its next project.

In February, it struck a deal with fellow Italian producer Fandango Productions to co-develop and coproduce adaptations of Elena Ferrante’s Neapolitan quartet of novels.

The series portrays the gritty lives and friendship of Elena and Lila from childhood to motherhood, set against the social and political backdrop of 1950s Naples. The novels depict how the women’s relationship is shaped and often distorted over time by their social status, jealousy and tension amongst other female friendships, domestic violence and the changing conditions of women from marriage to motherhood.

The story will unfold over four eight-part seasons, with filming to take place in Italy.

“The huge success of the entire saga, both in Italy and worldwide, really aroused my interest,” Mieli says. “The last time an Italian novel was made such a fuss of outside of Italy was in the 1980s, with Umberto Eco’s Il nome della Rosa. In Ferrante’s case, we have a great description of 40 years of Italian history, which is a very good narrative material.

“Besides that, I really loved the architecture of those books – it’s compelling storytelling, plot-driven and accessible to everybody, and it’s literature in the purest sense of the word, in terms of going really deep into contradictory characters and depicting not just a story but an entire narrative world. These are the same elements on which contemporary high-end cable TV dramas are based. So I got in touch with Domenico Procacci from Fandango, who had already bought the rights, and everything went smoothly.”

No broadcasters have signed up for the series as yet, however, as development remains in-house.

“Everybody in the US already knows Elena Ferrante after Domenico got the rights, so lots of broadcasters from all over the world have been very interested in the project,” Mieli notes. “What’s happening now is that we’re developing the project internally, as we always do, so we can come back and present the whole package with the creative team and talent attached.”

Wildside was formed in 2009 by Mieli, Mario Gianani, Marco Martani, Faust Brizzi and Saverio Costanzo after the merger of production companies Wilder and Offside. The creation of an international TV division came in 2014 at the same time as another division was established to focus on feature films and documentaries.

Cecile Frot-Coutaz, CEO of FremantleMedia, said at the time: “This is a key strategic acquisition for FremantleMedia as we continue to strengthen our primetime scripted presence. Wildside is fast becoming one of Europe’s most sought-after drama producers and will complement our existing primetime drama businesses in the US, Germany, Scandinavia, The Netherlands, Australia and the UK. The team have an impressive track record of attracting world-class creative talent and delivering award-winning drama so I’m really excited that they are joining our family of production companies.”

For Mieli, the next year offers Wildside an opportunity to take further advantage of coproduction opportunities and utilise the partnerships now available within the FremantleMedia group.

“We’re pushing a lot on coproductions in order to give wider visibility to our talent and IP internationally and to attract foreign talent into our own drama arena,” he says. “Our aim for the next year is to establish the Wildside/Fremantle partnership as a leading player in the European film industry.”

And the expanding Italian TV market is providing plenty of opportunities for Wildside to win commissions. Future projects also include adaptations of Emanuele Carrere’s book Limonov and Niccolò Ammaniti’s Anna.

Describing the TV landscape in the country, Mieli says: “On free-to-air channels there are some established genres (family dramas, comedies and crime procedural) representing the mainstream trend. Additionally, inside that trend, there’s the possibility to innovate in order to create new sub-genres or hybrids. This was the case with Don’t Kill, an interesting experiment we did on RaiTre. The pay/cable the market is more fluid, and so are the options in terms of language. Plus, we tend to find a wider opening to international coproductions there.”

Yet it’s The Young Pope that Mieli thinks will showcase the new kind of European coproductions taking place across the continent.

“I believe The Young Pope will demonstrate that there’s something like a ‘European way’ to do great high-end dramas that can travel worldwide,” he says. “In the last few years in Italy, broadcasters such as Sky Italia (for which Wildside produced 1992) have been major drivers in developing contemporary dramas, allowing openness to innovative content. But this spreading of sophisticated stories on cable TV has also had great repercussions on free-to-air channels, which are searching for more original drama.”