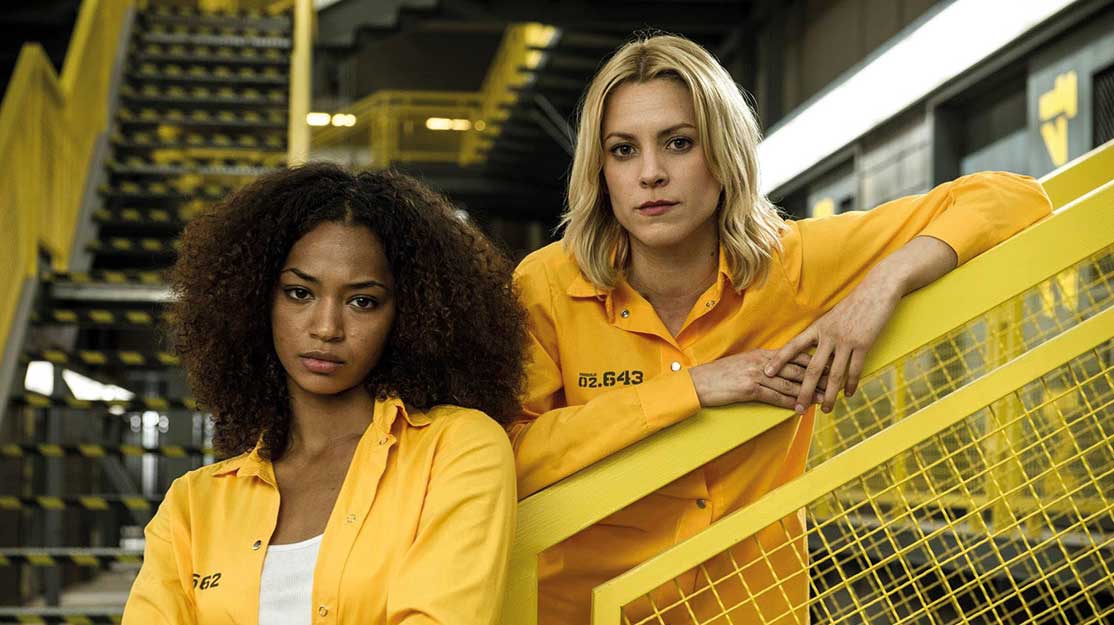 Without much noise or fanfare, Spain has been steadily building a reputation as one of the hottest producers of scripted drama, with homegrown series finding fans around the world. DQ takes an in-depth look at the wave of new series coming out of the country.

Spanish drama may not attract as much attention as Nordic noir or the ‘Korean wave,’ but there’s no question the country’s scripted series are now enjoying decent levels of profile around the world. And with significant increases in content investment from free-to-air (FTA) channels, pay TV and SVoD platforms, Spain’s storytellers are poised to deliver a new wave of diverse and ambitious shows to the international market.

One of the first firms to identify the potential of Spanish drama was German distributor Beta Film, which was responsible for the international roll-outs of Gran Hotel and Velvet, two exquisite period pieces produced by Bambú Producciones for FTA network Antena 3.

According to Beta Film executive VP for acquisitions and sales Christian Gockel, the success of the Bambú/Antena 3 partnership convinced his company to board two new productions from the same stable: Morocco – Love in Times of War and Farinia – Snow on the Atlantic. “They have raised the bar yet again by taking the unique blend of romance and drama we know so well from Velvet,” he says.

Morocco, says Gockel, is set in war-torn Spanish Morocco in the 1920s, where a group of nurses look after troops. Farinia, meanwhile, “centres on a fisherman who becomes a wealthy smuggler by providing South American cartels a gateway to Europe.”

Farinia is a good indicator of how Antena 3 – the dominant force in FTA drama – has diversified its slate in recent times. The channel also launched Vis a Vis (pictured above), a female-prison drama produced by Mediapro drama label Globomedia. Distributed by Mediapro sales arm Imagina under the title Locked Up, that show broke into the English-speaking market, airing on Channel 4 in the UK and on foreign-language SVoD service Walter Presents.

Walter Presents also picked up fellow Antena 3/Globomedia drama Pulsaciones (Lifeline). The psychological thriller is about a surgeon who unravels a medical scandal after suffering a heart attack and having strange nightmares when he receives a donor heart. “Last year, Locked Up exploded onto the international scene, heralding a renaissance in Spanish scripted excellence,” says Walter Presents curator Walter Iuzzolino. “This year they’ve done it again. Lifeline is a thriller with shock narrative twists and epic cliffhanger endings.”

The growing appeal of Antena 3-commissioned drama to the global market is further underlined by a deal that will see Netflix air miniseries The Cathedral of the Sea around the world. Based on Ildefonso Falcones’ bestselling novel and produced by leading Spanish prodco Diagonal, the story takes place in 14th century Barcelona during the Inquisition.

Explaining his remit, Antena 3 senior VP for drama Nacho Manubens says: “Although we produce sporadically for our other channels [laSexta, Neox], we mainly focus on Antena 3. We commission more than 600 hours of TV per year, with 120 primetime hours and 500 daytime hours. We have a range of genres, since our audiences demand variety and innovation. In thrillers we have had hits with Bajo Sospecha, Mar De Plastico and Vis a Vis. In period dramas we have had El Tiempo Entre Costuras and Velvet. These are both lines we will continue exploring.”

Antena 3 has developed a reputation for edgy shows – something Manubens wants to maintain. “We cannot take risks in every show we produce, but we try to keep making shows that push the envelope like we did with Casa De Papel [aka The Money Heist, the latest show from Via a Vis creator Alex Pina].”

Public broadcaster RTVE and Mediaset Espana, owner of commercial networks TeleCinco and Cuatro, have also upped their scripted game. For RTVE, key titles have been El Ministerio del Tiempo (The Ministry of Time) and Isabel, produced by Onza Partners/Cliffhanger and Diagonal respectively. Isabel, one of several royal-themed shows on the market, ran for three seasons and travelled well internationally. Buoyed by its success, RTVE also made a foray into English-language drama with Reinas (Queens), about the rivalry between Mary, Queen of Scots and Elizabeth I.

Mediaset España, meanwhile, had a hit with Sé Quién Eres (I Know Who You Are), a Filmax production about a charismatic university lecturer’s possible involvement in his niece’s murder. The show was bought by several networks, including the influential BBC4 – its first Spanish acquisition – with head of BBC programme acquisitions Sue Deeks calling it “the dramatic equivalent of a page-turning thriller.” Mediaset España’s increased investment in event series has also seen it back Forgive Me God, an eight-part miniseries about a nun battling delinquency and the drug trade.

Alongside the increased ambition among FTA channels, there are also new opportunities in the pay TV and SVoD arenas, according to Pilar Blasco, MD of Endemol Shine Iberia, a division that includes Diagonal. “Spain has always been a strong market for local original scripted programming and this has enabled us to build an industry of creative writers, showrunners and directors,” she says. “The big game-changer, however, has been increased commissioning of Spanish productions from the likes of Movistar+, Netflix, HBO and Amazon. As a result, the Spanish drama industry is flourishing with higher budgets that tell more daring stories from a broader range of genres.”

The most high-profile example of Blasco’s point is Telefónica’s decision to invest €70m (US$84m) a year in scripted series for its pay TV platform Movistar+. According to Domingo Corral, head of original programming at Movistar+, the plan is to launch 11 original series a year, initially for SVoD customers. The emphasis will be on “Spanish-language series dealing with Spanish stories created by Spanish talent,” he says.

Titles include La Zona, a story set in northern Spain four years after a nuclear accident. Also coming soon is La Peste, set in 16th century Sevilla against the backdrop of a plague. Movistar+ has also done a deal with Bambú for a spin-off from Madrid fashion-store series Velvet, which ended on Antena 3 after four seasons. The new series, Velvet Collection, will take the story forward to the 1960s and relocate to Barcelona.

At first sight, Corral’s insistence on super-charged Spanish series seems like it will limit their international appeal. But he takes the view that “great storytelling and characters have universal appeal.” Besides, he adds, Movistar+ series will have 50-minute episodes, rather than the 70 minutes typical to Spain. This will make them a better fit for the global market. Also, Movistar+ has spared no expense on talent, pulling in writers and directors from the country’s admired cinema scene.

Beta Film is continuing its relationship with the Velvet franchise and is also distributing La Zona, says Gockel. “We believe La Zona is one of the most exciting shows coming from Spain this year. It’s an innovative eco-crime thriller with a high budget that will catch viewers around the globe.”

About Premium Content has picked up rights to eight-part mob thriller Gigantes, while Sky Vision has secured global rights to La Peste, which is budgeted at €10m for six episodes. Sky Vision MD Jane Millichip gives an upbeat assessment of Movistar+’s shows: “With La Peste, they have assembled an incredible team with a proven track record. The partnership of Alberto Rodriguez and Rafael Cobos has delivered a deeply engaging story that delivers a thriller of scale, a pungent sense of the past and a modernity that will satisfy audiences.”

Movistar+’s investment in drama is especially timely given the growing competition. In April, Netflix launched Las Chicas del Cable, another sumptuous period piece from the Bambú stable that tells the story of four young women working for Spain’s national telephone company in the 1920s.

Also muscling in on the Spanish market is Fox Networks Group (FNG), which has just done a deal with Mediapro’s Globomedia that will see future series of Via a Vis air on its pay TV networks, rather than on broadcaster Antena 3. This is Fox’s first foray into original scripted series, with Vera Pereira, exec VP of FNG Iberia, saying it “will give us greater visibility and relevance in the market.”

Success in scripted formats is also contributing to Spain’s creative revival, with Star-Crossed (The CW), Red Band Society (Fox) and The Mysteries of Laura (NBC) all reimagined for the US market. Televisa USA is also teaming with Lantica Media to produce an English-language Gran Hotel, while Lionsgate has been linked to a US adaptation of Bambú’s Velvet.

The final dimension to the Spanish market’s new dynamism relates to the ambition of the producers. Bambú is part of StudioCanal and has coproduced time-travel drama Refugiados (Refugees) with BBC Worldwide. Diagonal, meanwhile, sees projects like The Cathedral of the Sea as a new phase. “It is a huge leap for the company as it moves into international coproductions,” observes Blasco. “It’s an ambitious project that would never have been commissioned without the support of Netflix.”

Another leading Spanish producer, DLO, recently became part of the Banijay network and has also picked up a commission from Movistar+ — a series based on Julia Navarro’s best-selling historical novel Dime Quien Soy. In a similar vein, Lagardère Active-owned producer Boomerang is well-known for El Tiempo Entre Costuras (The Time in Between), a 2013 hit for Antena 3 that went on to sell into 75 territories. Now the company has identified Latin America as a key expansion opportunity and is working on a brace of series for broadcasters in Chile. Bambú is also building its profile in Latin America, via a development deal with Televisa in Mexico.

Mediapro is also involved in an eclectic mix of domestic and international series. It coproduced English-language drama The Young Pope and is working on Paradise, a Finnish-Spanish copro that takes place in a Spanish village on the Costa del Sol with a large Finnish community. Other projects include The Head, a copro with Sweden’s Dramacorp in which 10 scientists, trapped in a laboratory at the South Pole, realise one is a killer. “We are also working with DirecTV Latin America on El Fútbol no es Así, a crime series set in the world of Spanish football,” says Mediapro head of content Javier Mendez.

While Mendez welcomes the influx of pay TV drama funding, he says a key opportunity for Mediapro is the international market – especially in light of the fact it has a distribution arm, Imagina. “Series like Narcos show it is possible to find great stories that have the ability to travel all over the world,” he explains. “Increasingly, our strategy is to back good stories regardless of where they come from, because there is a huge appetite for drama around the world.”